Characters / How I Became Yours 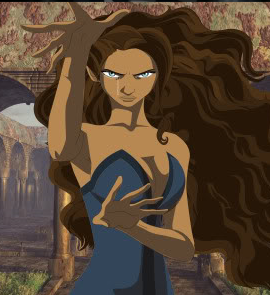 Katara is the princess of the Water Tribes. She's been in love with Zuko since she was fourteen, and got pregnant by him. However, Zuko's fiancee Mai poisoned her, causing a miscarriage. At the beginning of the story, she lives in an Earth Kingdom estate with Toph and spends her days pining after Zuko. 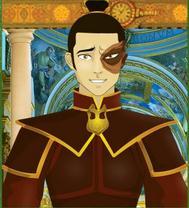 Zuko is the Fire Lord, and he has been in love with Katara ever since he met her a few years ago when he was chasing after the Avatar, and he got her pregnant. However, he was engaged to another woman for political reasons, and had to marry her. That woman was Mai, his girlfriend from the show. Zuko does not love Mai, and as long as she's his wife, he can't marry his true love- Katara. 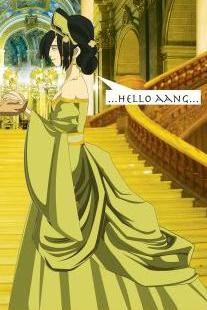 Katara's friend and, aside from Azula, the most OOC character in the comic. There's no trace of the tomboy who loved getting her hands (and feet) dirty here- she's calm, demure, and feminine. She often acts as Katara's handmaid and sidekick. She is in love with Aang. 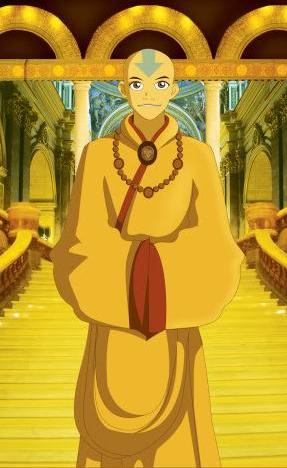 The Avatar, the only one who can bend all four elements to his will. In the show, he's an incredibly important figure, but here, he's just there to be Toph's boyfriend, though he also aids Sokka in getting to the Spirit world to rescue Azula in the climax. He's best known for his Uncanny Valley-tastic design and for his bored expression during the whole melodramatic climax. 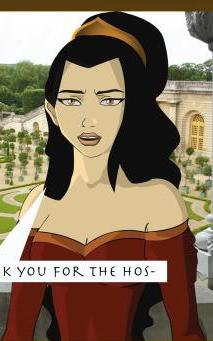 Once princess of the Fire nation, before her bending was removed and she was banished. She showed up in front of Sokka in a ninja costume, poisoned, with a horrible wound on her side. She quickly fell unconscious, and when she woke, she had amnesia. From that point on, she is the most OOC character in the story. Her memory loss became an excuse to erase all her personality and replace it with giggly innocence. It later turns out that she was hurt by Mai (or on Mai's orders, at least), after Azula attempted to blackmail her.

Katara's brother, prince of the Southern Water Tribe, and another of our romantic heroes. He lives on Toph's estate with Katara. He's the one who kicks off the plot by accidentally mailing Mai a letter telling of Katara's pregnancy by Zuko. His main role in the story is as Azula's boyfriend. 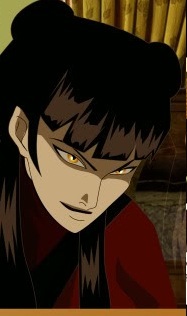 Zuko's wife by Arranged Marriage. She's possessive of Zuko and jealous of romantic competitors, to the point where she causes Katara to miscarry and later tries to kill her. She has a brother named Sho, in defiance of the canon fact that her only brother is Tom-Tom (who's far younger than her). OOC, but not as much as the main heroes. She's also far more sympathetic than she's supposed to be, mainly because the people she does horrible things to are horrible people who usually have done horrible things to her first. Well, except Katara's unborn child.

Zuko's uncle and a side character in HIBY. His carefree old man persona is less Obfuscating Stupidity than it is on the show, although it's notable that his goal after the show ended was pretty much to have a relaxed rest of his life. He's a bit obsessed with Pai Sho, which gave Diaz an excuse to use the "holding out the white lotus tile" shot from The Waterbending Scroll several times.

Azula and Zuko's mother, who went missing when they were young. She is brought back by Iroh, but disappears before the fifth chapter. Her final scene is confirming that Azula (who got hit in the chest with one of Mai's knives) is still alive, and she doesn't seem to have accompanied the party on their trip to the north pole to fully heal Azula.

A firebending assassin whose aid Mai enlists in her campaign against Katara. At one point he calls her "Little Sister" (otherwise usually "Your Highness" or the like), which may just be part of his style, or else imply that he really is her older brother by blood. If so, his existence would contradict canon, as in the show Mai's only sibling was Tom-Tom, who was a toddler. Despite this, he is perhaps the most well-received of the comic's original characters.

One of Toph's maids, who helps Azula get dressed when she first wakes up with Easy Amnesia.

Between the end of the show and the beginning of How I Became Yours, Zuko apparently instituted representative democracy. The Senate was the result, and their only role in the story to haul Zuko to trial for abandoning the Fire Nation to run off to his mistress, making him and Aang miss the battle with Mai and Sho. They come off as the only rulers in the comic who take responsibility for the nation that they rule. 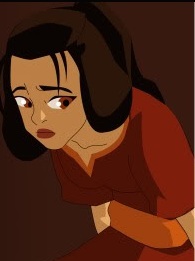 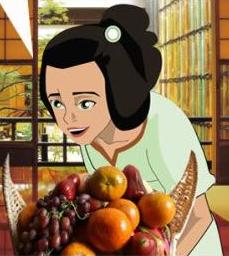 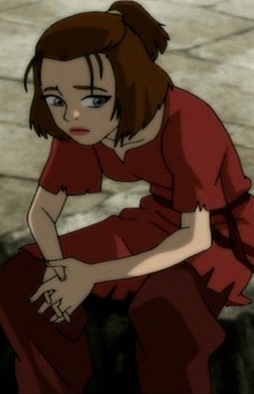 The original image
Here's your gift my lady! Straight from the Fire Nation!
Lau, delivering poisoned fruit to Katara (the only line the pair have between them).

Lin is a servant of Mai, and Lau is presumably a servant of Toph. They're unrelated and each have small roles; Lin finds the letter from Katara that Mai hid, and Lau delivers the basket of poisoned fruit to Katara. The most notable thing about them is that they both steal Suki's design- more specifically, a shot of her in prison uniform sitting on a rock from the episode The Boiling Rock pt 1. Lin is better known and more blatant about it, but Lau's design is similar enough to both Lin and Suki that it's pretty obvious that she too was copy-pasted and recolored.

How I Became Yours ends with Babies Ever After, and these are the babies. They are Katara and Zuko's children Kuzon and Lilith, Aang and Toph's twins Poe and Ling, and Azula and Sokka's daughter Miracle. They are the main characters of HIBY's sequel, Rise of the Agni Army.