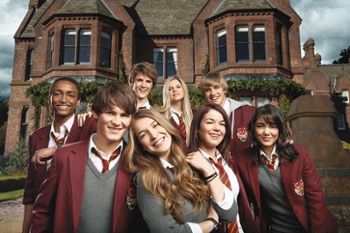 "Welcome to Hogwarts!" note Characters, clockwise from the front: Nina, Fabian, Alfie, Jerome, Amber, Mick, Mara, Patricia. Not featured: Eddie, Willow, KT.
House of Anubis is a mystery series series airing on Nickelodeon, based on the Flemish-Dutch series Het Huis Anubis. The series tells the story of Nina, an American student who earns a scholarship to a fancy English Boarding School and becomes a member of the House of Anubis, believed to be the nicest house on campus. On the day of Nina's arrival, another student named Joy is pulled out of the school under mysterious circumstances, prompting her roommate, Patricia, to suspect that the school faculty are enacting some kind of conspiracy.

Spoilers, all unmarked, are present throughout 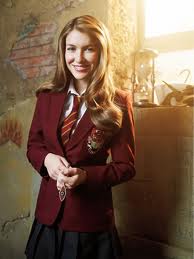 The New Transfer Student at the Boarding School. She tries to solve the mystery of the House of Anubis and find the treasure hidden within. 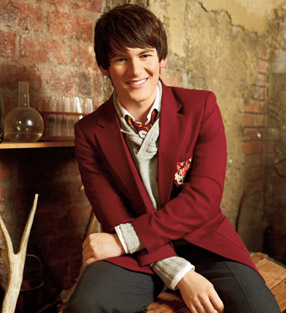 "Would you fancy a walk?"

A geeky, shy Anubis student who quickly befriends Nina, and helps her in solving the mystery. 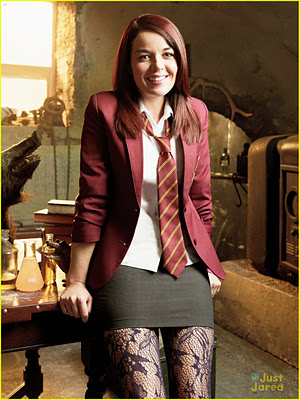 Joy's best friend and roommate; spends her time trying to uncover the secrets behind her disappearance, and eventually teams up with Sibuna, helping to solve the mysteries of each season. 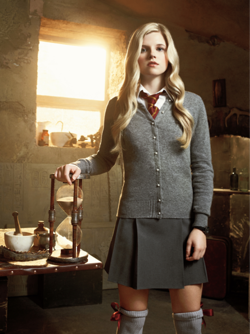 A pretty, ditzy female student, who befriends Nina and starts Sibuna. She starts off the series dating Mick. 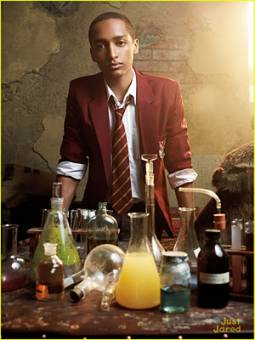 "Why would anyone want to be subtle?"

Anubis House's resident jokester, and Jerome's best friend. He has a crush on Amber. 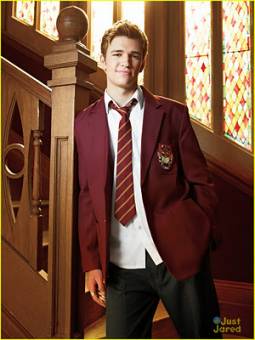 "I'm concussed and I can still see through your oh-so-clever code."

A new American student in Season 2. Seems to be a bit of a troublemaker, not to mention being ridiculously flirtatious. 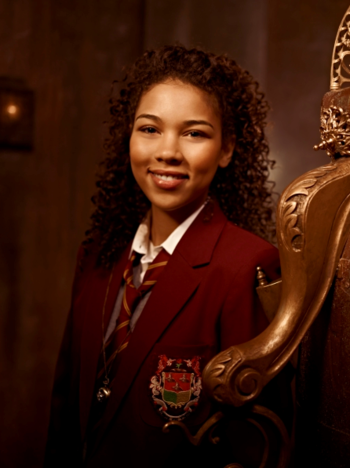 "Seriously? You've got to be kidding me with this house!"

A new student in Season 3. She takes Nina's old room when Nina doesn't return, and came to the school with a mission from her grandpa. 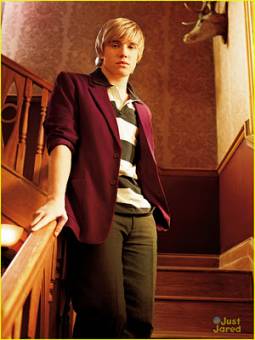 "My hamstrings are tightening as we speak!" 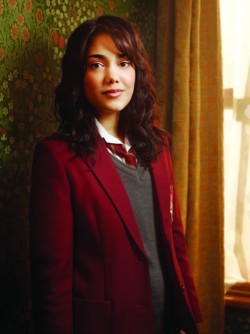 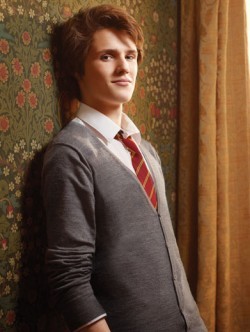 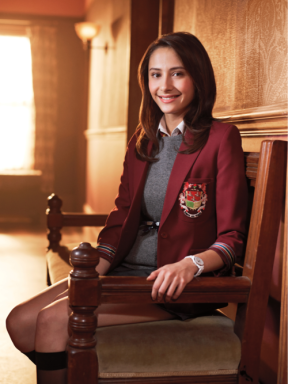 A student who is called away from the school under odd circumstances. Her disappearance is a major part of the plot in Season 1. 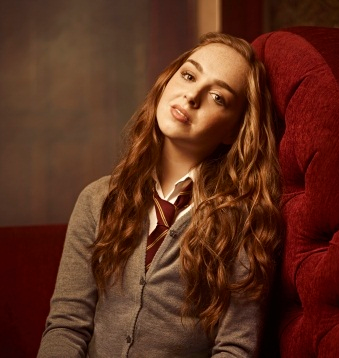 A new Season 3 character from Isis House who soon transfers to Anubis. She's a bit odd, but very friendly. 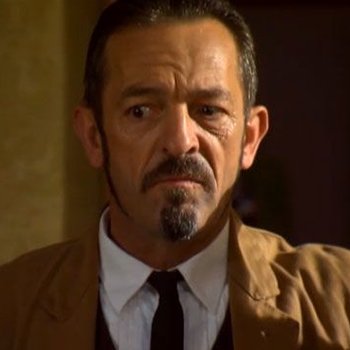 "You have five minutes precisely, and then I want to hear a pin drop."

The guy in charge of the House of Anubis. Definitely creepy and definitely up to something. 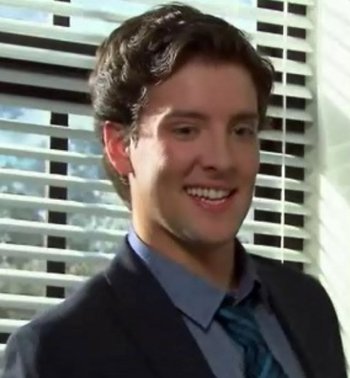 The new, handsome teacher at the school who catches the eye of every female in the show. He's suspicious of Joy's disappearance and also seeks to find out the truth. He joins up with Patricia but parts to join in Victor's Society. 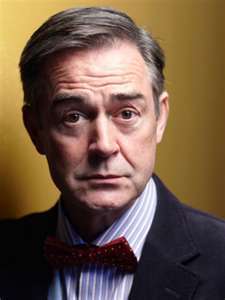 The dorky headmaster of the school, as well as the school's science professor. A member of Victor's society. 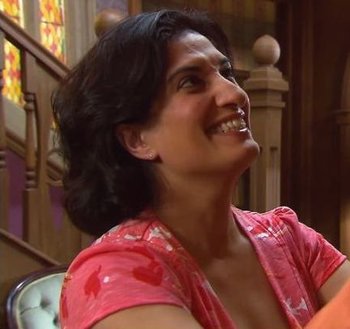 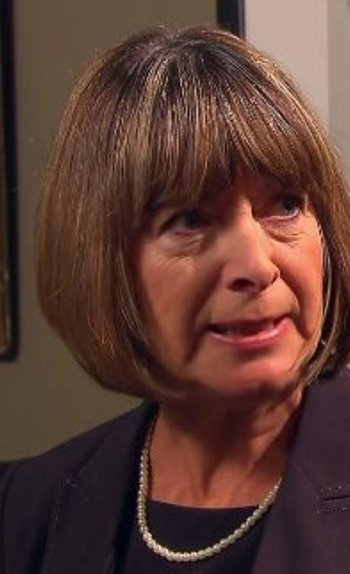 "Do you sometimes think you may be in the wrong job, Victor?"

The English and French teacher at the school, as well as a member of Victor's society. 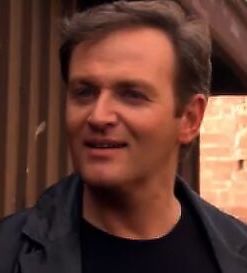 "I think you already know what I am capable of."

A strange man in black, who has an interest in finding Joy. 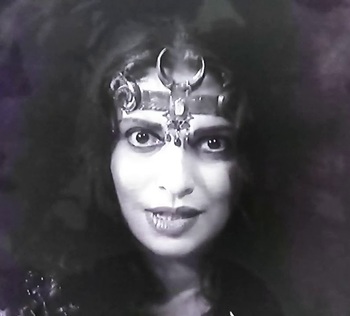 An impatient, powerful ghost, intent on getting the Mask Of Anubis at any and all costs. 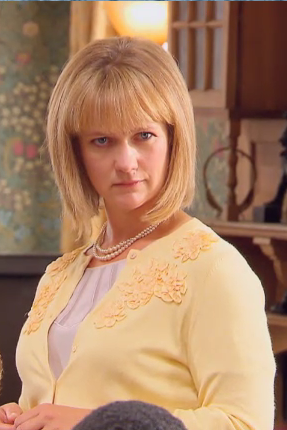 "Remember the art of war, Victor."

The replacement House Mother when Trudy is helping with the Season 2 Exhibition, who is quickly revealed to have ulterior motives. 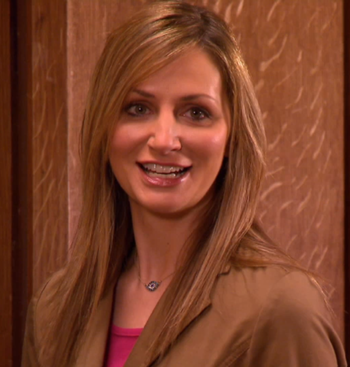 "Here is a list of odd jobs I want done."

The new history teacher who may know more than she leads on. She's actually "The Keeper". The one who holds "The Sleeper" awaiting the day of the eclipse to perform the ritual to revive Robert Frobisher-Smythe. 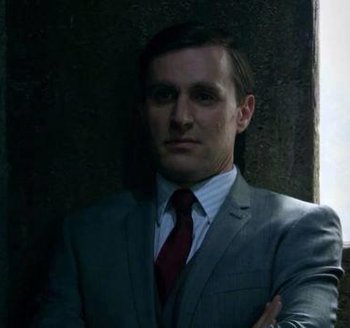 "Find me that sinner."

Sarah's thought-to-be dead father. He was stricken with an egyptian sleep-ness curse and put into a capsule waiting to be awakened. He returns an evil man trying to bring in a Dark God into the world by way of ritual. 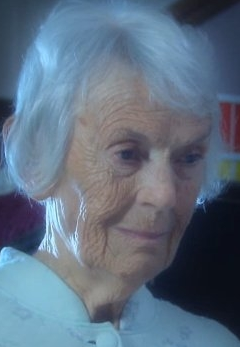 "Sometimes I see their faces in the mirror, but I know they aren't there..."

An old woman who claims to have lived in the House of Anubis. She gives Nina a locket which seems to have some power over the house. 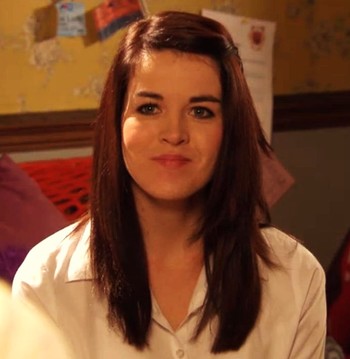 "I recognize your talent." 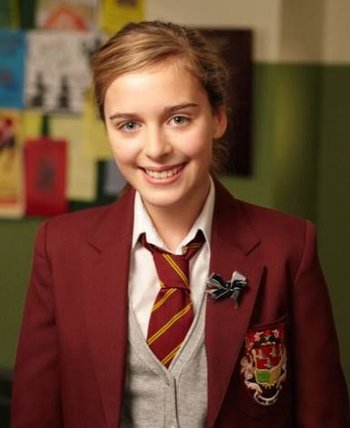 "You really have changed, haven't you, Gerbil?"

The father of Jerome and Poppy, trying to redeem himself after years of being a disappointment.

Fabian's Egyptologist godfather, and the curator of the exhibit.