Beware of unmarked spoilers on this page. 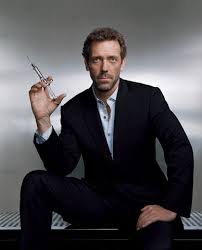 Head of the Department of Diagnostic Medicine at Princeton-Plainsboro Teaching Hospital, with specialties in both Infectious Disease and Nephrology. House did his undergrad at Johns Hopkins; he also attended medical school there but was expelled for cheating and ultimately got his degree from the University of Michigan. House is a brilliant doctor; unfortunately for everyone around him, he's also a misanthrope and an arrogant jerk to everyone he meets. He walks with a cane as a result of an infarction he suffered in his right thigh and the surgery that tried to correct it; the pain from this drives his Vicodin addiction as well. 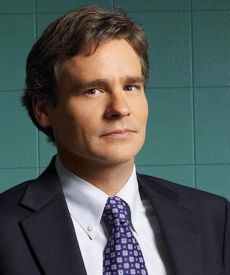 Head of the Department of Oncology, and House's best (and only) friend. Got his medical degree from Columbia and did his specialty training at the University of Pennsylvania. It's assumed but never stated that he attended McGill University for his bachelor's degree. Wilson is a sensitive and caring man, whose impeccable bedside manner sharply contrasts House's lack of one. As a result of his nature, he's been married three times, two of them failing as a result of his infidelity, and the third because of his partner's. Very much a people-pleaser. He and House frequently play mind games with one another. 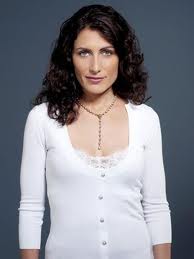 Dean of Medicine at Princeton-Plainsboro, an endocrinologist, and House and Wilson's boss. The frequent target of House's insults and innuendos, Cuddy tries her hardest to rein in her star doctor. Unfortunately, House usually ends up gaining the upper hand.

She resigned after Season 7. House's last act was not pretty. 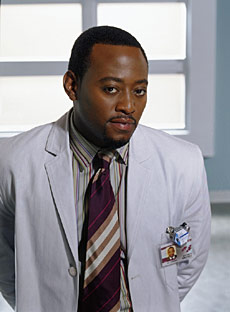 Neurologist and one of the original fellows serving under House. Foreman is a black man who comes from an underprivileged background. House hired him because he was a thief and a carjacker in his youth. He is the last of the three original fellows to be hired, having only joined the team three days before the start of the series. House seems to favor him above the other fellows as, and Foreman serves as something of a foil to House himself, being the fellow most likely to challenge House's authority or question his actions. He serves as a fellow for House from Seasons 1 - 7 and becomes Dean of Medicine in Season 8. 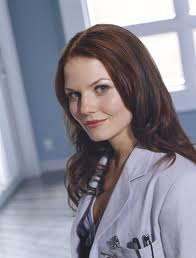 An immunologist, and one of House's original fellows. Cameron is often at odds with House over patient care — she is more concerned about the patient, while House is more focused on the puzzle. Cameron is a widow, having married a man who she knew was dying of cancer when she was 21. She serves as a fellow during season 1-3 and the first few episodes of season 6. Starting in Season 4, she transfers from the Department of Diagnostic Medicine to the ER, working as a Senior Attending Physician.

In Season 6, she leaves the hospital and divorces Chase, having become disgusted with both him and House. She moves to Chicago and becomes the Dean of Emergency Medicine. She returned in the series finale. 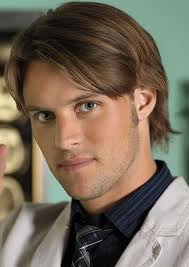 An intensivist (intensive care specialist), and another of the original fellows. Chase is an Australian of Czech descent, and was originally a seminary student before becoming a doctor. He has a strained relationship with his father, largely due to his father's emotional distance and his mother's alcoholism following their divorce. Early on in the series, he is treated as House's "yes man", often agreeing with him and standing by his side no matter what. He gradually learns the hard way that he can't please his boss all of the time. Nonetheless, Chase is a brilliant doctor in his own right, and has solved the case a few times when House couldn't. He serves as a fellow under House during seasons 1-3 and seasons 6-8. Chase becomes a member of the surgical staff at Princeton-Plainsboro and becomes House's go-to-guy for surgery during seasons 4 and 5. He finds himself practicing under House again as member of his team in the 3rd episode of Season 6.

He leaves yet again near the end of Season 8 to pursue his own career as a diagnostician and step out of House's shadow. When House fakes his death in the series finale he ultimately replaces House as Head of Diagnostic Medicine at PPTH. 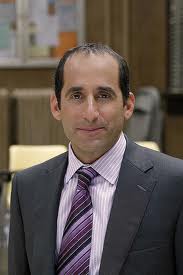 A plastic surgeon. He serves as one of House's fellows during seasons 4-8. Taub is middle aged and Jewish. He was forced out of his successful practice after his partners found out that he was cheating on his wife with one of the nurses. As part of the agreement, he signed a "non-compete" contract, which states that he can no longer pursue a career in his chosen specialty. Taub can be combative, and has tried to undermine House's authority, going so far as to try to get House thrown off of a case. 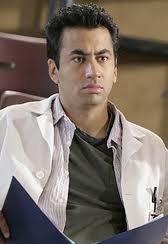 Born as "Lawrence Choudray". A sports and rehabilitation medicine specialist. He's a member of House's fellows during seasons 4 and 5. Of Indian descent, Kutner was orphaned at the age of six, following his parents' shooting in a burglary attempt. He was subsequently adopted by another family, leading to his decisively non-Indian name. Despite this, he is generally cheery, and displays an honest enthusiasm for what he does.

Kutner commits suicide for unknown reasons toward the end of Season 5. 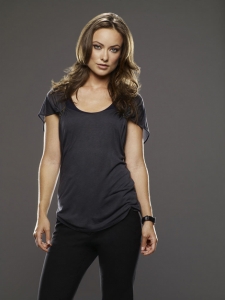 Remy Hadley is better known as "Thirteen". She specializes in internal medicine, and is a fellow during Seasons 4-7 (though she's gone for most of Season 7). Thirteen prides herself on being a bit of an enigma, and her real name was not known until the end of Season 4. It's later revealed that her mother died of Huntington's disease, and she was reluctant to get tested for the disease herself, feeling that it was better not knowing. In the fourth season finale, she finally gives herself a blood test for Huntington's, which comes back positive.

In Season 8, she leaves the hospital to be with her new girlfriend and enjoy what time she has remaining. She returned for the last two episodes of the series.

Not to Be Confused with another famous female Doctor with the designation of Thirteen. 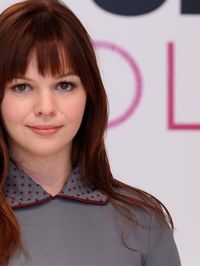 A med student brought in as an intern to replace Thirteen for most of season 7. She disapproves of House's extreme methods. She departs when Thirteen returns. 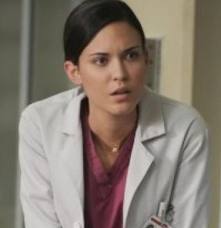 An internist who originally worked at the jail that House spent the first episode of Season 8. After being fired from that job for taking House's advice in treating an inmate, she joins House as fellow in season 8. 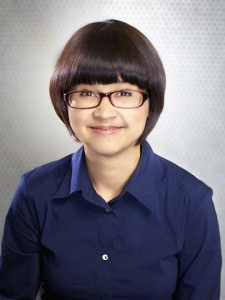 A young Korean/Filipino neurologist who joins House's team when he finishes his prison stint in the second episode of season 8. Initially, she is his team. She is nerdy and socially inept. 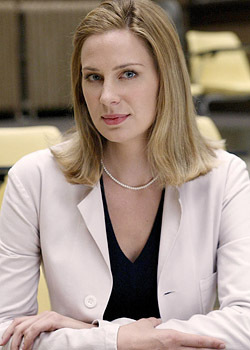 An interventional radiologist, she was one of the 40 applicants for the fellowship. Devious and manipulative, she earned the epithet of "Cutthroat Bitch", a nickname that she seems almost proud of. Eliminated in the last round of the competition due to her inability to accept being wrong, she started dating Wilson in the latter half of Season 4. After suffering kidney damage in a bus crash (which brings on amantadine poisoning as a result), she dies in the Season 4 finale... before reappearing as a manifestation of House's subconscious in the latter half of Season 5 following Kutner's death. She returns as a hallucination in the series finale and discusses House's patient with him and convincing him to keep living. 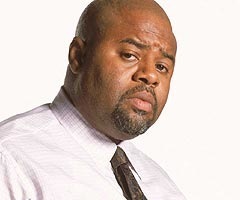 A billionaire pharmaceutical magnate who "donated" $100,000,000 to Princeton-Plainsboro in exchange for being made chairman of the hospital's board. Wanting to use the hospital as a testing facility for his company's drugs, he comes into direct contention with House, whom he sees as a serious liability. 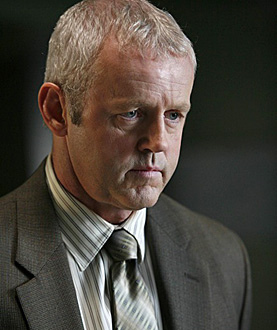 One of House's clinic patients, who bullied House into running a series of (presumably unnecessary) tests; House retaliated by using a rectal thermometer to take his temperature... and left him there, unattended, for two hours. Tritter, who is as hard headed as House (with a bad attitude to match), sees House as a danger to himself and his patients due to his Vicodin addiction, and will stop at nothing to put him away. 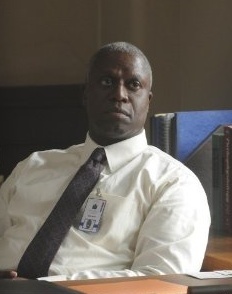 House's psychotherapist manager in Season 6. Came back for the series finale as Foreman and Wilson asked of House's whereabouts after he was considered missing. 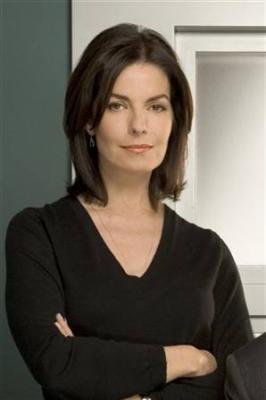 A lawyer in the employ of Princeton-Plainsboro Hospital in seasons 1 and 2... oh, and House's former girlfriend, and is sort-of responsible for his chronic leg pain, as revealed at the end of season 1. Remarried; her new husband was the Patient of the Week in the season one finale.

A prostitute of unidentified Slavic origin introduced in Season 7, when House marries her as a green card cheat. House later falls in love with her for real, but ends up sabotaging that, too.

One of the few other characters besides House and Wilson loosely based on a Sherlock Holmes character, Jack Moriarty is an ex-patient of House's who walks up to him one day and shoots him twice. The majority of his portrayed character is shown to be House's greatest enemy - himself. The real Jack Moriarty shot House, escaped, and was never seen again. Instead, House's coma-induced hallucination of Moriarty breaks down House's morals from within, hurting him far more than the bullet ever did.