Voiced by: Mark Hildreth
The leader of the Battle Force 5.

Voiced by: Kathleen Barr
Second-in-command and the team's Spec-Ops officer. 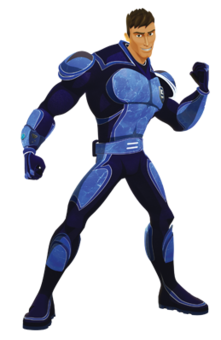 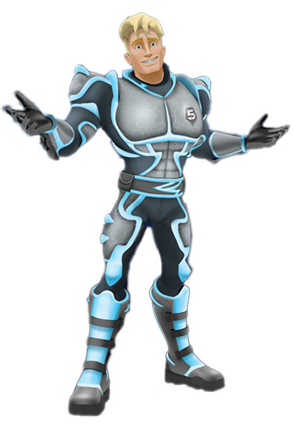 The tyrannical ruler of the Sark Empire.

A Red Sark who appeared in Gladiators

A Sark cult found deep within the Toborian Badlands.

Leader of the Sark Cult

Warlord of the Vandal horde.

Second-in-command to Captain Kalus until Season 2.

She is the team's mentor.

The five Red Sentients who initiated the War against the blue Sentients.

The leader of the Red Sentients.

The Reds' Huntress and Second-in-command.

The Reds' Tactical Operations and Tech-Support. I can't believe I just said that.

Member of the Council of Five. Severely doubts Vert.
Diads

A Diad that the team finds on the Blue Sentient homeworld.

A second Diad found in a Battle Zone.
Karmordians

The Ancient Ones
Other Characters

A mysterious being responsible for maintaining balance in the Multiverse.

The owner of the local diner.

The waitress at Zeke's Diner.

The hostile inhabitants of the Shadow Zone.