A character page for the Roleplay Danganronpa: Hope's Requiem. Unmarked Spoilers ahead.

“Humans have behavior patterns that are quite interesting. I'm here to study them.”

“My name is Kindness.”

Kindness is the Ultimate Hitman.

"My name is Masaki Hibiki."

Masaki Hibiki is the Ultimate Florist. Back in his hometown, he owns a flower shop called "Sumire". 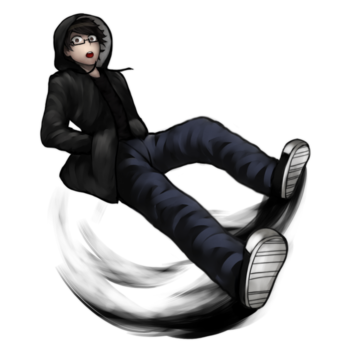 "You can call me Alan, Alan Hidiya... I'm an Ultimate too but I honestly don't think I'm anything special."

Alan Hidiya is the Ultimate Investigator. He also goes by the name Alan Cross, having been raised by a different family than the one who birthed him.

“My name is Shoichi Sekigawa.”

Shoichi is the Ultimate Waiter, and also the killer of Riko, during chapter 2.

“My name is Luka Matsuno.”

Luka is the Ultimate Chemist. 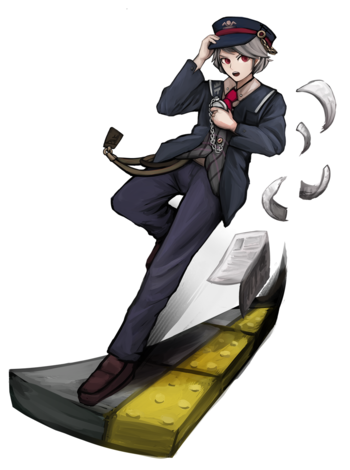 "To be fair, you have to have a very high IQ to understand Trains and Locomotives. The concept is extremely subtle, and without a solid grasp of how the train moves along the tracks most of the duties will go over a typical stationmaster’s head. There’s also a conductor’s nihilistic outlook, which is deftly woven into their train characterisation- their personal philosophy draws heavily from Stationmaster Tama literature, for instance. The passengers understand this stuff; they have the intellectual capacity to truly appreciate the depths of these railroads, to realize that they’re not just another method of transportation- they say something deep about LIFE. As a consequence people who dislike Trains & Locomotives truly ARE idiots- of course they wouldn’t appreciate, for instance, the humour in a train’s existential catchphrase “Chugga Chugga Choo Choo,” which itself is a cryptic reference to Turgenev’s Russian epic Conductors and Sons. I’m smirking right now just imagining one of those addlepated simpletons scratching their heads in confusion as Matthew Murray’s genius wit unfolds itself on their television screens. What fools.. how I pity them. And yes, by the way, i DO have a Train & Locomotive tattoo. And no, you cannot see it. It’s for the ladies’ eyes only- and even then they have to demonstrate that they’re within 5 IQ points of my own (preferably lower) beforehand. Nothin personnel kid."

“My name is Ka, and I will become the god of this new world!”

Ka is the Ultimate Cult Leader. He killed Gemma in The Gallows motive chapter 1.

“"....gaaaaahhhhhh! T-This is so f-fucking cute I n-need to punch s-something to feel manly again!"”

Ryouta is the Ultimate Seamstress. He was "registered" on the cruise as the Ultimate Guitarist but revealed his true talent chapter 1 after urging from his boyfriend Kindness. In Chapter 2, he attempted to kill Riko Oshiro by locking her inside the Sauna but ultimately had his kill stolen by Shoichi Sekigawa.

Pion is the Ultimate Cyber Terrorist.

“"Pion introduced me as M, yes? Uhm... M-My name is Malory Dubois! It's an honour to finally meet you!"”

Malory Dubois is the Ultimate Thespian. She was revealed in chapter 2 after taking off her shades and dust mask to reveal herself as the true identity of Pion, the Ultimate Cyber Terrorist. 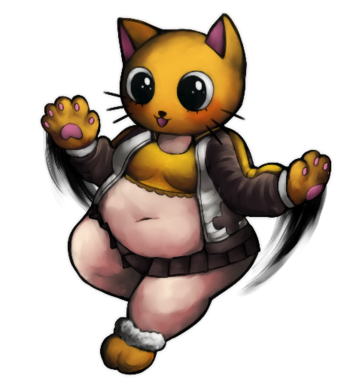 “I'm Reikai! Reikai Kaetsu, Ultimate VR Superstar! I...I know this probably isn't what you were expecting, but I hope we can have a ton of fun together, anywaaaaaaaaaaay~!”

Reikai is the Ultimate VR Superstar. She's an online pop idol who uses a cute, thin, anime girl as her singing persona. She's self conscious about her appearance thanks to the idol industry so her real life persona wears a VR Headset almost 24/7 and hides her face. 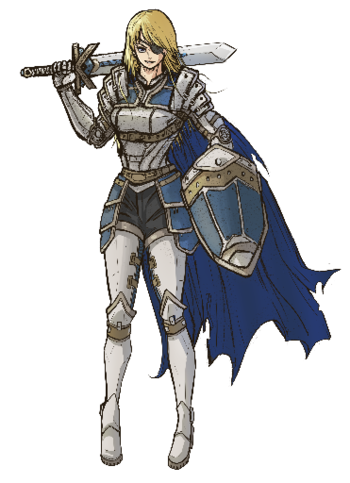 “My name is Amalthea Strachan.”

Amalthea is the Ultimate Knight.

“Riko Oshiro! The Ultimate Conspiracy Theorist. You probably know me from my internet show~.”

Riko Oshiro is the Ultimate Conspiracy Theorist. She was the chapter 2 victim and her corpse was found within the sauna.

“My name is Gemma Christiansen.”

Gemma is the Ultimate Fashion Blogger. She was the chapter 1 victim and her corpse was found within the cold storage.

“My name is Karry Holster.”

Karry is the Ultimate Psychologist.

Misa is the Ultimate Artisan. She was noticed for her talent after beginning to upload DIY videos to the internet, and eventually started to run her own blog and online store.

“My name is Faustina Pyotrovna .”

Faustina is the Ultimate Silvertongue. Her father is the CEO of Charon Enterprises.

"I am Ethan Cross! Allow me to introduce myself, as some people may recall or remember me as the Ultimate Narrator! The one and only of this generation!"

Ethan Cross is the Ultimate Narrator and self-proclaimed brother of Alan Hidiya. He first made his appearance in Chapter 3, being accidentally awoken from his stasis pod cryostasis sleep by Kindness. 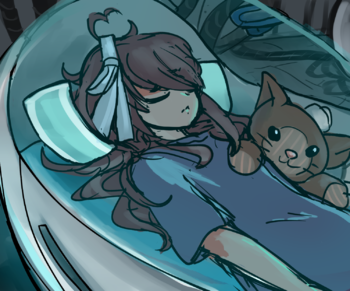 Caretaker of the Mysterious Fascility 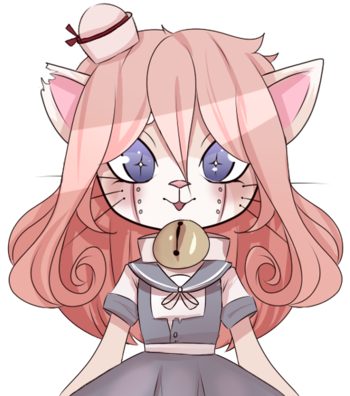 Kyaputen Kit is a cute, tiny cat robot that lives inside the facility that the students found themselves trapped in. She seems to have lived there a while, but claims to not know much about it herself due to her corrupted memory.