The corrupting forces influencing every tragedy throughout the narrative. Initially introduced as rival mob bosses to the Midnight Crew, the heads of The Felt are actually multiversal threats that abuse Paradox Space's policy of predestination to ensure their victories. These three are, respectively, the main antagonists of Act 5, Act 6, and Act 7. As such, each one is a Walking Spoiler, more so than any other character throughout Homestuck, so browse with caution.

A very mysterious gentleman whose goal is to bring about the end of the universe, thus summoning an omnipotent Eldritch Abomination. The First Guardian of Alternia and is thus extremely powerful and extremely intelligent. He was created by the trolls' Black Queen, using genetic code scribed unconsciously by the trolls as well as Vriska's magic cueball and a dimensionally displaced Lil' Cal.

Communicates in [all white text, with perfect capitalization, punctuation, and grammar and rather formal diction, using no tags before his lines.] 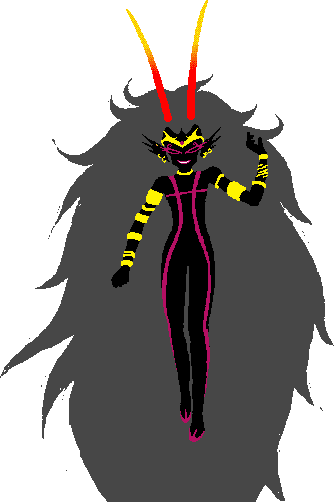 A tyrant who ruled the troll planet of Alternia with an iron fist, until Lord English forced her to jump ship to Earth. There, she began to re-establish her imperial regime by taking the name Betty Crocker and beginning a baking corporation that would grow into every major industry on the planet. 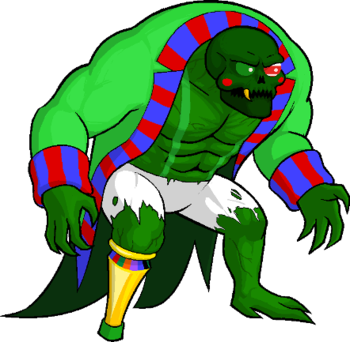 His younger iteration, Caliborn, has his own separate character sheet.

TYPES WITH ALL CAPS AND PERFECT GRAMMAR.
TYPICALLY USES FELT-GREEN TEXT, BUT MAY ALSO USE TEXT THAT SHIFTS COLORS.
> Go Back