You open the last draw of your cast cabinet to see a mess of unsorted papers documenting miscellaneous figures. Upon reviewing them, you're not sure if you'd want to categorize them at all.

open/close all folders
Behind the Fourth Wall

The guy writing the story and the narrator. He's much, much more involved than that would imply.

Originally a random background Prospitian holding a paint bucket. And she would have stayed that way, were it not for this question

from Ryan North. She eventually reappears as Andrew Hussie's assistant. 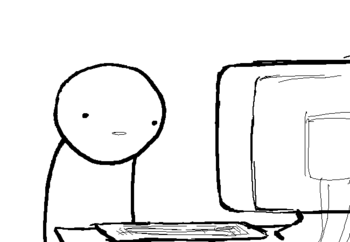 The reader of MS Paint Adventures. Their planet is the LAND OF STUMPS AND DISMAY. Has allocated their STRIFE SPECIBUS with PISTOLKIND ABSTRATUS. 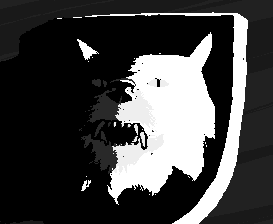 The most terrifying character in Homestuck. Gamzee and Lord English have nothing on him.

The Gods of The Furthest Ring

A group of horrific creatures that whisper advice to the dream selves of Derse. The largest of them make up the Noble Circle of Horrorterrors. 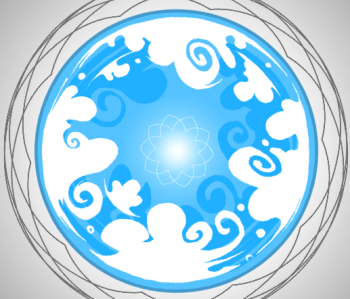 The counterpart to the Elder Gods; Skaia shows the dream selves of Prospit confusing visions of the future, past, and present.

A mysterious force that causes doomed timelines and paradox doubles to die abruptly. Despite the name, it's not a physical location, so much as the shape of reality itself. Very little is known about it.
Denizens

The Final Boss in each player's Myth Arc, and the source of the troubles they face on their various lands.

All Denizens are examples of

Possibly the Denizen of Breath. He has appeared on the Land of Wind and Shade during John's travels.

Most tropes will apply to John's iteration.

Possibly the Denizen of Light. She has appeared on the Land of Light and Rain during Rose's travels, on the Land of Maps and Treasure during Vriska's travels. Very little is known about her. Vriska killed her iteration, who attempted to explain something to Vriska before she died.

Possibly the Denizen of Time. He has appeared on the Land of Heat and Clockwork during Dave's travels.

Possibly the Denizen of Life. She resides on Jane's Land of Crypts and Helium.

Possibly the Denizen of Void. She resides on Roxy's Land of Pyramids and Neon.

The Denizen designated for the most naturally gifted warriors. He appears on Dirk's Land of Tombs and Krypton and resides inside of Earth's core during Caliborn's session.

Possibly the Denizen of Hope. He resides on Jake's Land of Mounds and Xenon.
In-Universe Fictional Characters

The Squiddles and Skipper Plumbthroat

Characters from a Saturday morning cartoon show Rose and Jade watched when they were younger. Entirely irrelevant to the plot. For now, at least.They have their own album.

They are, in part, a subconscious representation of the Gods of the Furthest Ring, created by humanity.

Characters from Complacency of the Learned

"The Complacency of the Learned" is a story written by Rose and her Post-Scratch counterpart, Mom Lalonde. While Rose's story never amounted to much more than Purple Prose, Mom Lalonde's novels have become inexplicable best sellers.

The series is about a group of disciples of twelve great wizards who rebel against them under the influence of Calmasis, chief antihero and antagonist. The kids then murder each of the wizards in ironic ways, until only their leader, Zazzerpan, is left to duel him in a chess match. Roxy calls the books "dark," "inaccessibly written," and "exhaustingly heavy-handed" though still inspiring to her as an author of more lighthearted wizardfic.

, and thus a subconscious reflection of the trolls' role in creating the universe. Other characters in the series seem to correspond to the cherubs.

Calmasis is the main antagonist of the series.

Also known as the Predicant Scholar. Leader of the Complacency and main protagonist.

A wizard cursed and later killed by Calmasis.

"Wizardy Herbert" is a story written by Roxy. In real life, the story actually began as "a very flippantly satirical story about kids and magic" written by Hussie before Homestuck, and many of the jokes in this story provide several of the comic's Mythology Gags related to wizards. Unlike that endeavor and Complacency of the Learned, however, Roxy's story is of poor quality, and appears to serve the purposes of My Immortal or Sweet Bro and Hella Jeff for the Potteresque Complacency.

The plot involves four teenagers from the real world who all somehow enter a fictional story, one of even poorer quality than the larger story, about a summer camp for wizards. It is revealed that one of these characters, Grant Anonama, the villain, is originally from the story and that his true name is Slinus Marlevort. The narrative appears to make Russet the protagonist at first before accepting the titular protagonist's place in that role. The story is left unfinished at a scene where Herbert and Beatrix are playing an obvious parody of Quidditch involving flying wooden horses.

An AI Dirk Strider developed that supposedly imitates his thought processes within a small margin of error. As such, his chumhandle is also timaeusTestified. Dirk created him around his thirteenth birthday, and he's more or less a screenshot of Dirk's personality at that time period, though he's undergone his own character development as well.

Because they're very closely related, tropes here specifically apply to the program. For tropes related to his merger with Equius as Arquissprite, see the Sprites page.

Originally uses orange, and talks like Dirk, but switches to red later.

A pair of rapping robots created by Dirk Strider. Sawtooth was designed to be unbeatable in a rap-off while Squarewave loses to Dirk every time.

Squarewave has spoken in a flash

and speaks
ALMOST ENTIRELY IN PURE RAP
AFTER HE GOT FED UP WITH DIRK'S CRAP
HIS RHYMES THOUGH ARE PRETTY WEAK
DIRK BEATS HIM WITH ONLY A TWO LINE STREAK
HE ALSO USES STEREOTYPICAL RAPPER SLANG LIKE DOGG!!

Bro's favorite puppet. He's kind of creepy. Quite possibly the "most important character in Homestuck."

According to Caliborn, Cal is a "juju", which is an Artifact of Doom seemingly connected to Lord English. Dirk Strider has his own version of Lil' Cal, but it's currently unclear if it is a duplicate created by the Scratch or the same Cal from a different point in time. Caliborn and Cal's ability to wink have implied that it's probably both and that Cal's power as a juju allows Caliborn to store his soul inside. It's also the host to the souls of ARquis and half of Gamzee.

The genuine rabbit seen in the film Con Air, given by Nicolas Cage to his daughter at the film's "dramatic" climax. Dave got it for John as a birthday present. It's had an interesting history.

A version of the Cyborg Bunny that was created by Dirk and given to Jane for her birthday. The post-scratch counterpart to Liv Tyler.
Animals

Over the course of their adventure, the kids (and some other characters) come into possession of a number of animal sidekicks. In order of appearance, they are MAPLEHOOF, a beautiful pony given to Rose by her mom; VODKA MUTINI, a friendly mutant kitten found in the lab near Rose's house; and a small murder of RAMBUNCTIOUS CROWS who burst through the window of Dave's apartment. 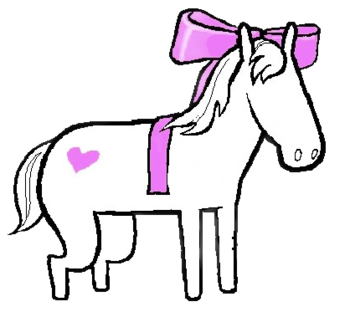 A beautiful pony given to Rose by her mother. While Rose at first abjured Maplehoof, it seems she's developed a small amount of affection for it. 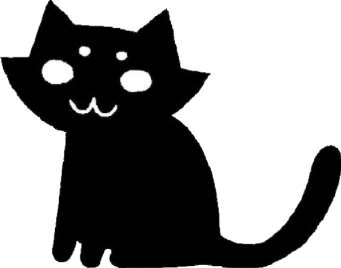 A little black kitten with four eyes, discovered by Rose in the Lab.

A firefly from the Land of Wind and Shade that was trapped in amber in WV's exile station. He appearified her out of the amber and she has since followed the cast around.

CASEY is a salamander from the Land of Wind and Shade who played the part of Cameron Poe's daughter in one of John's emotionally charged Con Air reenactments.

After getting left behind during John's visit to Rose's house, Casey falls in with Rose and becomes a budding practitioner of the dark arts.

A famous prankster and one of John and Jane's heroes. In both the pre- and post-Scratch universes, he was married to Betty Crocker and was the adoptive father of two of the eight meteor babies - Nanna and Grandpa pre-Scratch (though he never lived to raise both of them), and Grandma and Poppop post-Scratch.

One of Dad's business associates. 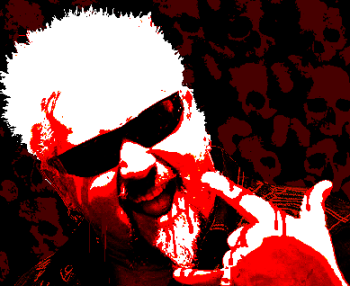 A Food Network star turned Supreme Court Justice, then High Chaplain of Interstellar War under the Condesce's rule, and eventually regarded as the third Antichrist. He was assassinated by Lalonde, Roxy's Ancestor, in the last gasp of the Resistance. 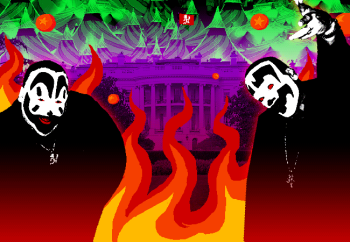 The first and last Juggalo and dual presidents ever, having been appointed by the Batterwitch herself. They caused a Hilarocaust and were eventually killed in a duel by Strider, Dirk's Ancestor, in the final gasp of the Resistance.

Two Fantrolls that exist because their creators paid a whopping $10,000 for the Kickstarter for the Homestuck Gaiden Game. Though Hussie originally intended the option to have fan characters appear as a joke, he ultimately followed up by making them appear briefly just before Calliope and Caliborn are born.
> Go Back
> Return to main page