Guardians in general are all examples of

John's father. Well, adoptive father; he's Nanna Egbert's son, and thus John's half-brother. He is very supportive of John, even going so far as to pretend to be a street performer to try to connect with him. He is obsessed with pipes and hats and baked goods.

USES ALL CAPS. SAVE FOR SHORT SENTENCES DUE TO SERIOUS BUSINESS, HAS NORMAL GRAMMAR.

Rose's mother (adoptive AND ectobiological). An alcoholic rich woman, she and Rose have constant passive-aggressive battles with her playing the role of the affectionate, doting, stay-at-home mother. 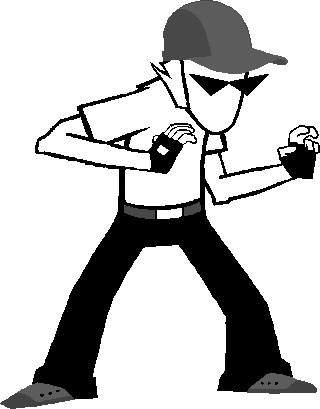 Dave's adoptive brother and ectobiological father. Like Dave, he is obsessed with being cool and ironic. He's an expert swordsman and has a bizarre puppet fetish. 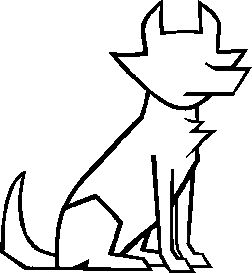 Jade's guardian, and the First Guardian of Earth who takes the form of a dog. He was prototyped with Jade's Kernelsprite (this is not a good thing) and thus became Becsprite. Some time after, he was tier-2 prototyped with the corpse of Jade's dreamself; he thus became Jadesprite, and the "Becquerel" persona effectively ceased to exist.

Jade's grandfather and ectobiological father. Although he died when she was young, he had a large impact on Jade's life, teaching her all about guns and making sure she never left the house without one.

John's deceased grandmother, who is later revived as his sprite. Her tropes are folded under her sprite iteration, as seen here.
Post-Scratch Kids' Guardians

Tropes common to the Post-Scratch Guardians 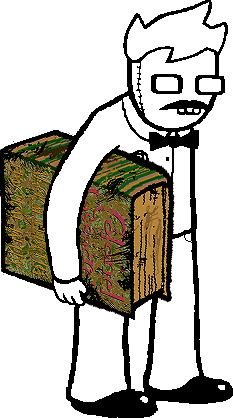 Jane's late grandfather, John's post-scratch iteration and the counterpart of Nanna Egbert. He was legendary for his vaudevillian antics on stage, following in the footsteps of his adoptive father Colonel Sassacre, unlike his adoptive sister, who fled the Batterwitch's influence. He died at age 86 on the same day Jane was "born", a fate involving a tall bookshelf, a ladder, and a mysterious young woman in a suspicious looking hat.

He also played the role of Judge Stone in the post-scratch universe's version of Night Court.

Jake's late grandmother, Jade's post-scratch iteration, and the counterpart of Grandpa Harley. Unlike her adoptive brother, she set out away from the Batterwitch at an early age. She was an eccentric and brilliant woman, who explored the world, created Skaianet to rival Crockercorp (but lost), and raised Jake, before being murdered by the Condesce when Jake was very young. 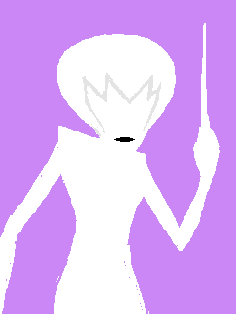 Roxy's mother, Rose's post-scratch iteration, and the counterpart of Mom Lalonde. A famous author and, according to her "daughter", practitioner of real occult majyyks. 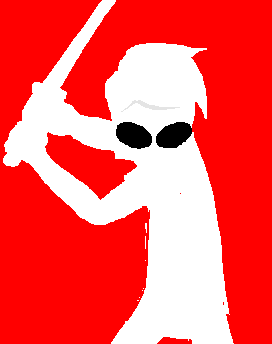 Dirk's Ancestor, Dave's post-scratch iteration, and the counterpart of Bro Strider. He became a very successful filmmaker, among other things, with an actual Sweet Bro and Hella Jeff movie being one of his latest productions as of the day on which Act 6 starts. He served as a integral member of the Resistance note Keeping his class as a Knight in much the same way Mom Lalonde is a Seer, giving him "a reputation staked on some order of MARTIAL NOBILITY."

The First Guardian of post-Scratch Earth, and the counterpart of Becquerel. He apparently hangs around the kids, and both messes with and helps them at his whims.

Vriska later tricked Tavros into accidentally prototyping God Cat into himself after the retcons, creating GCATavrosprite. However, Tavros' persona was not overwritten, effectively killing off God Cat and leaving him as the new B2 First Guardian.

Jake's island is populated by large numbers of frightening fauna... which happen to be the species of lusus seen in-comic on Alternia. The Condesce brought them with her on her ship as part of a plan to recreate Alternian society, but this ended in failure due to her own lusus killing off trolls and due to a lack of symbiosis between humans and Alternian life.
A2 Troll Lusus

The trolls have a different kind of guardian, their Lusus Naturae, a kind of monster that takes the place of a parental figure as any adult would kill them without a second thought. They all die in various accidents and become each troll's sprite with the exception of Aradia, who is her own sprite.

In the post-scratch universe, Jake English's island is populated by FRIGHTENING FAUNA which are pretty much identical to the lusus.

Aradia's lusus, a ram creature who was dead (along with Aradia herself) before the trolls' session began. It is the only lusus that was not prototyped as a sprite.

Tavros's lusus, a tiny fairy bull with whom he often plays Fiduspawn, a troll analog of Pokemon.

Sollux's lusus, a large bicyclops creature with two one-eyed heads, one with a red eye, one with a blue eye, and with a horn on each head.

Karkat's lusus, a large, bipedal crab monster who is supposedly very crabby, much like Karkat himself.

Kanaya's lusus, a very large moth-like creature with horns like Kanaya's and large wings. Mother grubs are supposedly significant in troll society for being the creatures to whom buckets of troll genetic material are given, for troll reproduction.

Terezi's lusus, a large blind dragon. Unlike the other trolls, Terezi was not raised by her lusus, and instead the lusus was inside an egg, until it hatched, and was shortly afterwards killed (and then revived as a sprite). However, it communed with Terezi after the latter being blinded, teaching Terezi how to get around by smelling.

Vriska's lusus. It is a Giant Spider who is the second largest of the trolls' lusii, behind Feferi's lusus Gl'bgolyb. She feeds entirely on trolls, meaning that Vriska has to kill trolls to feed her lusus - though this is quite normal in troll society.

Equius's lusus. He is a centaur with a humanoid head and a sort of cow-horse body, with a mustache and an udder. Equius was assigned this lusus because only Aurthour could handle his incredible strength.

Gamzee's lusus. It is a giant sea goat who is always out in the ocean, often not raising Gamzee like a lusus is supposed to. However Gamzee appears to trust his lusus regardless.

Eridan's lusus, a large flying seahorse who Eridan rides through the sky.

Feferi's lusus, and the only lusus available to fuchsia-bloods, the highest blood caste in troll society - as such it is shared by the Condesce, who is the troll empress. It is a humongous Eldritch Abomination, stated by Karkat to be the size of a city, and its name is a pun on "glub glub".
A2 Ancestors 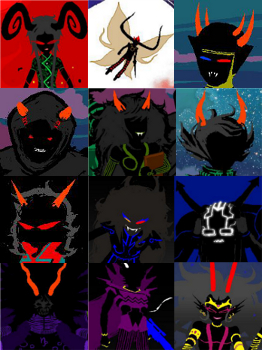 The Ancestors are Trolls who lived centuries ago and share a sign with the ones alive now. They are said to act as benevolent guardians if their descendant troll finds out who they are. Trolls with low-ranking blood colors tend to think of this as a fairy tale, but highbloods usually believe in the concept deeply. Not only is this belief true, but Karkat actually created the 12 troll ancestors at the same time he created himself and the other trolls we already know. The Ancestors all lived and died in the past with two exceptions - one who came from the far future, and one who lived to reach that point in the future and went somewhere else.

Doc Scratch revealed that they had Alternate Universe counterparts that had played Sburb/Sgrub but were unable to succeed. See their own page for details, as they have begun to appear on their own.

Located in the Felt folder.

Cherub Parents/Guardians
Two Cherubs, one good, one bad, that ended up laying the egg that hatched into Calliope and Caliborn. And Gamzee, who raised them. For tropes about him, see Characters.Homestuck Trolls Three.
> Go Back
> Return to main page