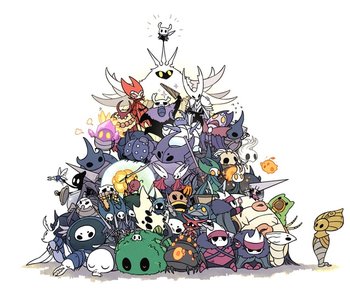 This is the character page for Hollow Knight and Hollow Knight: Silksong, detailing many of Hallownest's and Pharloom's bizarre bugs and ferocious foes.