Warning: this page contains unmarked spoilers for Act 1 of Hiveswap.

For the trolls introduced in Troll Call, see here. 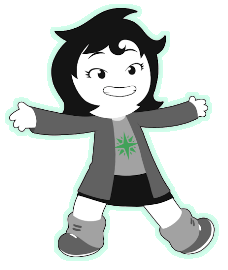 i am going to do my absolute best to raise your standard of friendship where having your name remembered is not the nicest thing anyone has ever done for you.
The main character of the Hiveswap side. A chipper lass who is always willing to help people in need, with an even temper and a knack of puzzle-solving. She wants to be a VETERINARIAN someday, so she can take care of cute animals. She looks up to her mother with aspiration and takes up ballap (Ballet and Tap-dancing) in stride.

She has allocated her STRIFE SPECIBUS with FLASHLIGHTKIND ABSTRATUS. She is also able to distract and dodge enemies by using her TAP SHOES or BALLET SLIPPERS.

But as a last resort... no. Never. If it comes to that, you'll fight your way in there and save your sister yourself, overwhelming odds and certain death be damned!
Joey's little brother, who is a major conspiracy nut who believes in aliens, cults, and other matters of the occult. Based on the predicament he and his sister ended up in, he might be right about a few of these theories.He has allocated his STRIFE SPECIBUS with FLAREGUNKIND ABSTRATUS. He can deliver messages off the grid with his trio of pigeons: THE LONE GUNBIRDS, Aka Frohike, Langley and Byers. 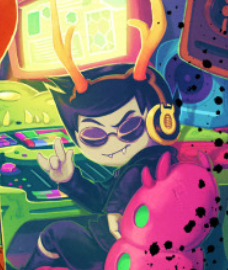 rebellion leader, planning to overthrow the Heiress of Alternia. He'll be the protagonist of the Hauntswitch side. Based on Xefros' description, Dammek seems to have Xefros' and the rest of the lowbloods' dreams of absolution in mind, but based on the way he treats him, he may be as bad as the casteist highbloods he plans to overthrow, at least to Xefros. 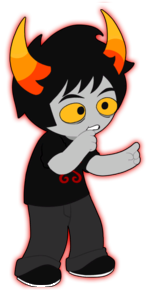 He has allocated his STRIFE SPECIBUS with CUEBATKIND ABSTRATUS. He can also use his TELEKINESIS to pick up small objects.

With a fondness for adventure, he's almost perpetually absent from his children's lives as a result.
(See Homestuck Guardians for more tropes about him.)

Joey and Jude's late mother. Joey aspires to be a dancer like she was.

Hired by the kids' Pa to look after them. She's a bit of a drunkard, but they like her.
(See Homestuck Guardians for more tropes about her.)

A strange band of figures, who Jude despises.
Alternia 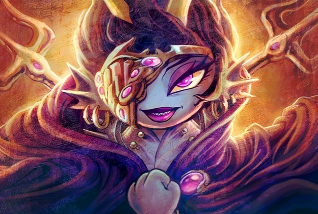 Compatriot
As a fuchsiablood (more specifically, a Picen

), she is the current heiress to the Alternian throne. She runs an oppressive regime where she (among other things) forces all her subjects to laugh at her jokes.

The Cuspidated Grimalkin who acted as both a parent and steed for Dammek prior to their ward's disappearance, but grows to accept Joey in his stead.

The slow and sleepy Glacial Treetrudger responsible for raising Xefros.

A mysterious figure who gives Xefros a new "security program" for his tablet. Trizza is possibly working with him.
> Go Back
> Return to main page