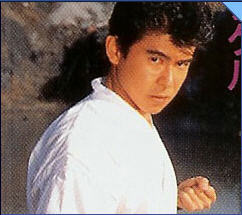 The leader of the Maskmen, the first to be spotted by Commander Sugata. Expert in Karate and is a Formula One race driver. He met and fell in love with a girl named Mio, and even when she is revealed as Princess Iyal, he still clings to be reunited, giving him strength to push on. Used to be an extremely bratty kid, but after meeting his grown-up self, he matured up. Though he's basically The Hero, he's much more temperamental.
Advertisement:
Kenta/Black Mask 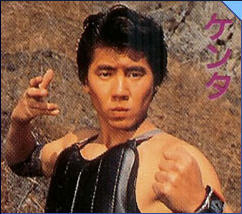 The sub-leader and a Kobudo expert. More laid back than Takeru and likes chasing girls (mostly with no avail or luck, either he backs down, the girl is oblivious, or dies). Has an Old Master.
Akira/Blue Mask 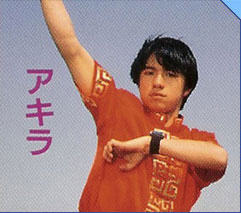 The youngest of the team, Chinese Boxing and swordplaying expert and the one to crack jokes, most of the time. He left his mother to train (actually was drafted to the Maskman force) and strives to make his mother proud by training hard.
Haruka/Yellow Mask 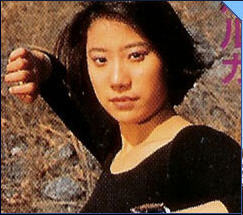 A Ninja (and damn proud of it). Ever since she's a child, she's raised without enjoying girly things (like dolls). As such, she has a hidden sensitive spot for girly things. She's best buds with Momoko.
Momoko/Pink Mask 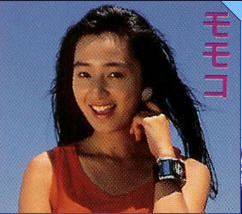 A gentle hearted girl who is really kind to children and teaches martial arts in her free time. She's an expert in Tai Chi Quan and tends to get very emotional in things she does. Best buds with Haruka.
Advertisement:

A man who discovered the existence of Tube and, learning of their plans to invade, assembled the Maskmen to combat them.
Princess Ial

The princess of Tube and younger sister of Igam. She betrays Tube at the beginning after falling in love with Takeru, only to be trapped in a block of ice by Zeba as punishment for her treason.
Ryo Asuka/X 1 Mask

A One-Shot Character who briefly joined the Maskman team as its sixth member.
Advertisement:

In General
A vast civilization from the underground. Though once pacifist, after the rise of Emperor Zeba, Tube began building up its forces for an invasion of the surface world.
Emperor Zeba 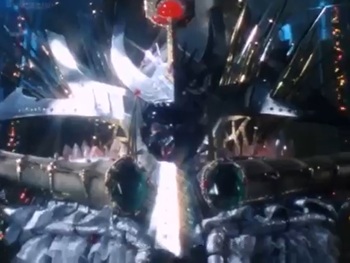 The mysterious ruler of Tube. He seized control of the empire from its original rulers, the Igam family, in a coup and is now set on conquering the Earth so he can rule both the underground and the surface.
Commander Baraba 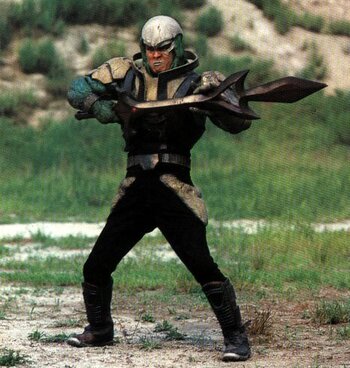 A powerful warrior of the Baluga Tribe who serves as supreme commander of the Tube Empire's armies.
Igam 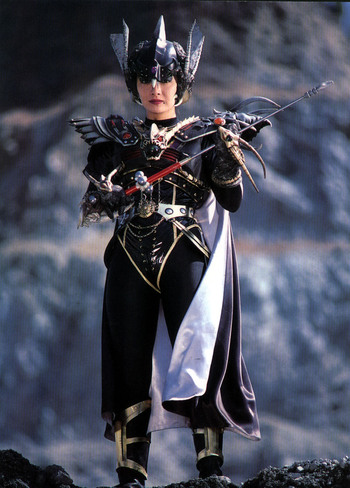 The crown prince of the original Tube royal family, he serves under Zeba in the hopes of succeeding him and restoring his family's rule. Is actually female, having had to disguise herself as a man in order to inherit the throne of Tube.
Oyo-bu 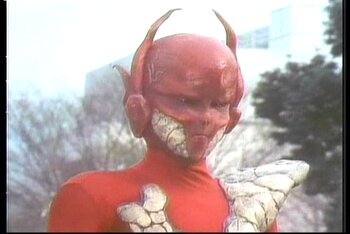 A ninja from the Buyon Tribe who serves Baraba as his lieutenant.
Fu-Min 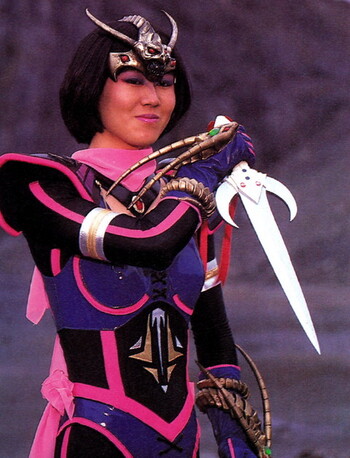 A ninja from the Fu Tribe who serves as Igam's lieutenant and bodyguard.
Anagmas 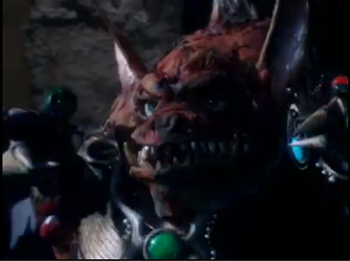 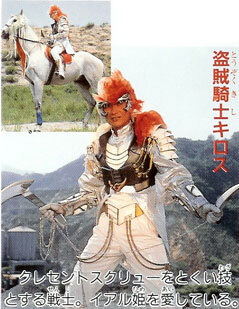 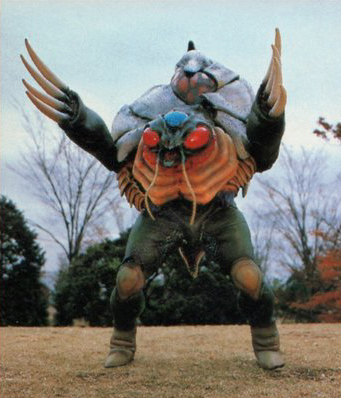 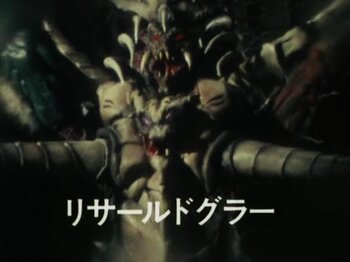 An Earth Beast who terrorized the underground long before the series started, only to be put down by the Tube royal family.