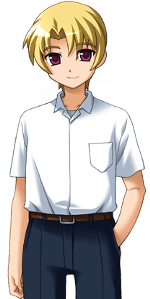 Satoko's older brother, who disappeared a year before the story began. 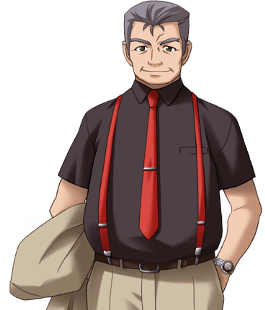 A veteran police investigator at Okinomiya who has vowed to solve the mystery of the Hinamizawa murders before his retirement, due to personal reasons. Due to his uncouth tactics and the lengths that he goes to in order to solve the mystery, he is looked upon as a nuisance by the villagers. He approaches one of the main characters to become his informant in several arcs, and is sometimes unwittingly responsible for triggering their paranoia. 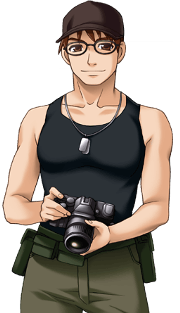 A freelance photographer who comes to Hinamizawa occasionally. He gets along well with Miyo Takano because of their similar interests in photography. Despite being only an occasional visitor, he seems to know a fair amount about Hinamizawa's past. Ooishi and the police are suspicious of his identity.

In the first six arcs, he is consistently found dead of suicide on the night of Watanagashi, triggering many of the events that follow. 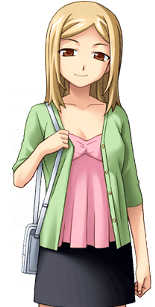 A nurse at the village clinic who has a keen interest in Hinamizawa's past and culture, recording all her speculation in notebooks. At times, her storytelling can be very mysterious and chilling, and she seems to enjoy putting people on edge. Unlike the other villagers, she opposes the almighty Oyashiro-sama.

In the first six arcs, she consistently disappears on the night of Watanagashi, and an incinerated body thought to be hers is found in the mountains. 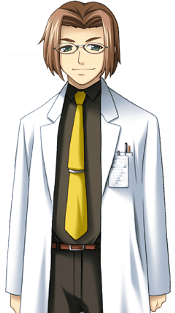 The head doctor of the village clinic. Initially interested in being a doctor just for the money, he became devoted to the field of psychosurgery after a head injury changed his father's personality. Despite his young age and the fact that he has a severe maid fetish, he is highly respected in the community. He cheerfully makes house calls and seems to truly care about everyone's health.

He has (half-jokingly) admitted that he wishes to marry Satoko when she is older, but is not above chasing after Rika when she is wearing one of the uniforms from the restaurant Angel Mort. In addition, he is the manager of the village's baseball little league team, the Hinamizawa Fighters. 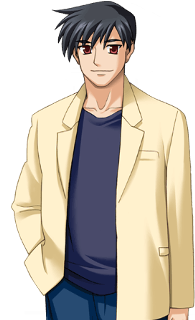 A young police investigator at the Metropolitan Police Department in Tokyo. He befriended Rika while investigating a case in Hinamizawa four years ago, all due to a prophecy about his wife which came true; he, however, just brushed it off as coincidence.

The fourth arc, Himatsubushi-hen (Time-wasting), is dedicated to him. 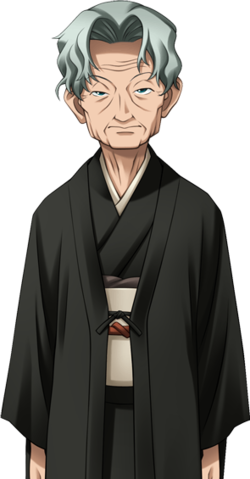 Mion and Shion's grandmother and head of the Sonozaki household. She appears to be a very harsh old woman and is considered the most powerful person in Hinamizawa. Shion call her "Oni-baba" ("demon granny").

Shion suspects that she was the mastermind in Satoshi's disappearance.