A French and Italian descended family, their name is recognized and also feared wherever they go. A very rich and powerful family, they look absolutely regal and stable on the outside. On the inside however, family ties could not be more broken. Salvatore Descoutaux is the current head of the family. Progeny is as follows: 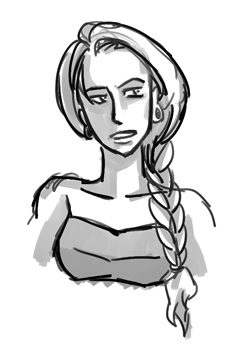 "I'm done with being intercepted every time we make some headway."

The Leader of her team and one of the main characters of Hideout Junction. Stubborn, cold, sarcastic, and always determined. Her thick-skull prevents her from changing her mind easily, but she is reasonable enough of a human being to sit and listen to the opposition. She is not quick to act violently, unless her senses are clouded by the mists of rage, which has happened more than once. There are few burdens she carries, including her emotional ties to her friends, but she more often than not will try and make that seem untrue. Displaying weakness is a shameful mistake. 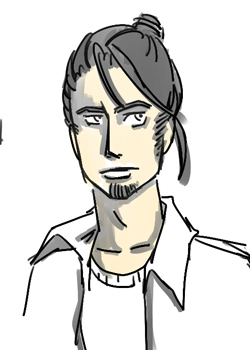 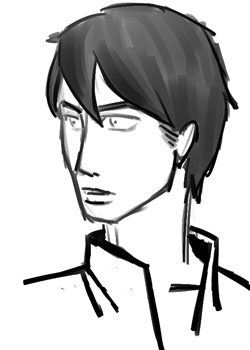 "Don't worry, nothing will come between our family. We live a safe and simple life now."

Flaure's brother and Inferno's husband. Often times hides away his true emotions in exchange for a level-headed, stoic demeanor. He finds drama to be nothing more than a cause for emotional turmoil. Because of that, he doesn’t over-react, isn’t easily swayed, and is possibly too over-protective - to the point where causing pain to those he is trying to protect can be considered a necessary precaution. He has always hated violence and has disapproved of almost every decision his sister makes.

"You know your mother is not one to be replaced."

The patriarch of the Descoutaux family, and also one of the co-founders of The Company. A man of few words, his actions speak for him. He seeks to destroy The Company in revenge for his wife's death, and takes Vincent along with him for this purpose.

An Irish descended family, defined by their absolute dedication to one another. Their rule, their oath is that you never turn your back on family. This oath led to divided lines of loyalty within the family itself. A relatively unknown family, and they prefer to keep it that way. Liam and Eileen Hayes are the current 'heads' of the family. Progeny is as follows: 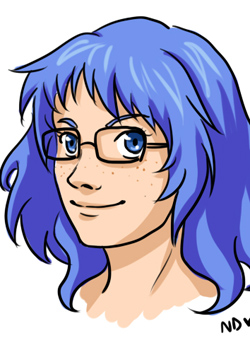 "I...am no one's pet. You'd do well to treat your family with more respect."

Flaure's best friend, Vincent's wife, and Arc's twin. Loyal to a fault. She enjoyed the life of crime with Flaure in the past, but is eager to start her family with Vincent. She's determined to keep everyone together and safe, even when such things are out of her hands. She's stubborn in her methods, but tries to see to reason. Matronly at heart and emotional, but more controlled than her twin. 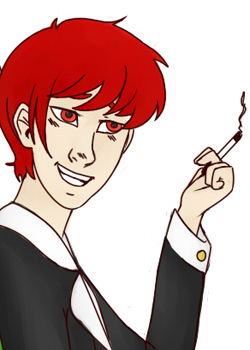 "She isn't the only one you're screwing over, you son of a bitch. Or did you forget just who else you were leaving behind!?"

Inferno's twin brother. Extremely friendly and cheeky, Arc always looks for an adventure. Was the first to follow his sister into illegal adventures before they met Flaure and Vincent. Fiery personality to match his power. Short temper, and not as harmless and one would think. 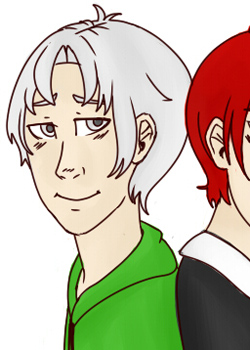 "We’re in too deep though to get out now. We have to make up for this. I know I’ll follow you into hell."

Both the calmest and the most aggressive of the three Hayes siblings, he followed his older brother and sister to protect them. He does find enjoyment in the lifestyle as well but will never admit it. Prone to bouts of panic if a situation spirals out of control of himself or anyone on his ‘side.’ Disposition will completely change if not brought back to his senses. He provides a moral support for the gang mostly, but can be a force to be reckoned with given a chance. Interestingly enough, not born with a power... 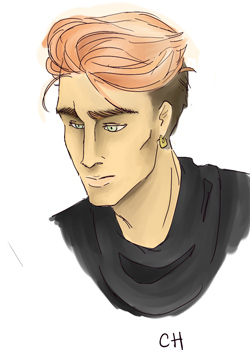 "Again with the defeatist attitudes. I’m just telling you that there is more to this than what is happening before our eyes…"

Spends most of his time being relaxed or looking for a place to relax. His better qualities revolve around his charm and manners, but he is unknown for being a bit overly forward at times. His laziness is often a problem. He also has a temper and isn’t shy to speak his mind when the right buttons are pushed.

The Company was founded about forty years ago, in an attempt to maintain order within the black markets and organized crime. Twenty years ago they put a hit out on one of their own, and only recently have their true colors come to light...

The group that initially created The Company. Many dwell in the shadows, not wanting to be seen nor found.

Father of Iouri Petrovic. Nothing is known as of yet about him, other than that he and his son are on much better child/parent terms than the rest of the cast.

A mysterious man that Salvatore meets with in India. A very calm and seemingly wise individual, no one knows what side he might truly be on...

A special unit of very elite few, designed to take out failed contracts, clean up mistakes, recon, and can double as bounty hunters.

"Hey dipshit, are you done with your anthropological study?"

Leader of the Special Forces trio, and later becomes The Banker. Gabriel adds a touch of dark humor to everything he does. One would never question his competence though, as he is the leader for a reason.

"How much did you pay for this ring anyway?"

Probably one of the most deadly members of The Company simply for her ability to shapeshift. She can play any part well to gain recon well, but as for herself, she might have a more twisted side.

"We only behave the way we behave out of respect for your father."

The silent member of the Special Forces, he only speaks when it is needed and is the Voice of Reason between Gabriel and Amelia.