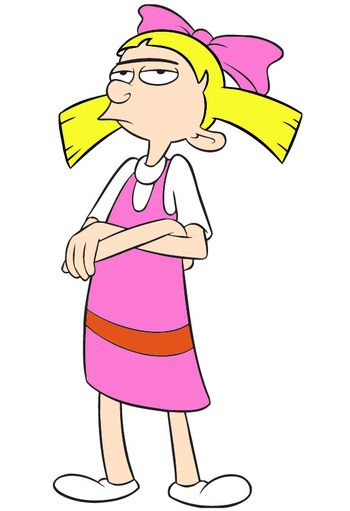 "Move it, Football head!"
Helga as she appears in The Jungle Movie 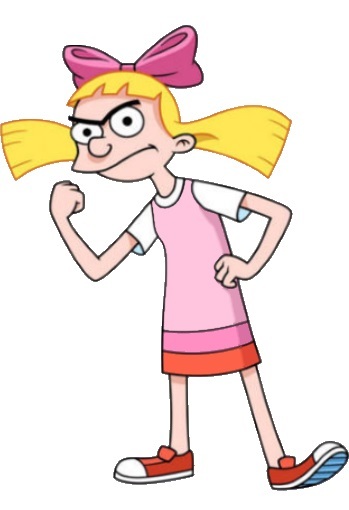 Advertisement:
Voiced by:
Francesca Marie Smith
Katie Bartlett (preschool Helga in "Helga on the Couch")
"Oh, Arnold. Bastion of sanity in this crazy mixed up world in which we live. How tender I feel when you brush past me. How I forget my cares. How the essence of you lingers, sweeping the air. And I feel peace, true peace at last."

The Tritagonist and usually Main Antagonist of the Hey Arnold! series and also the Deuteragonist of the last series of "The Jungle Movie". Helga is a deeply insecure girl who became the resident bully of Arnold's class. She constantly bullies and professes to despise Arnold, yet this is all a cover to hide her deep feelings of love for him. She also bullies and threatens other people (including her sister Olga, Lila and her own best friend Phoebe to name but a few), but this behavior too comes from her fear that if she showed her true kind nature, she would in turn be bullied. She becomes the villain sometimes and keeps her crush a secret in order to protect her reputation, often going to insane lengths to do so.