open/close all folders
As a whole
Holy Roman Empire 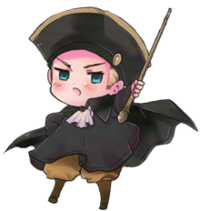 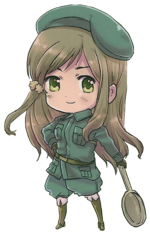 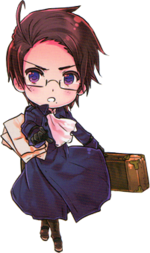 Beethoven attained greatness as an Austrian. He would count out 60 beans when he drank his coffee. This kind of over-serious behavior is characteristic of Austrians.
Voiced by: Otsu Kou (Flower of Iris CD), Akira Sasanuma (JP), Chuck Huber (Seasons 1-6) (EN) 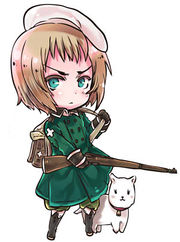 Don't get in the way of my gun!
Voiced by: Moe Ayukawa (Flower of Iris CD), Romi Paku (JP), John Burgmeier (EN)
Principality of Liechtenstein 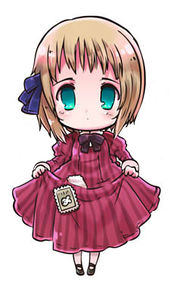 If my brother is happy, then so am I...
Voiced by: Moe Ayukawa (Flower of Iris CD), Rie Kugimiya (JP), Cherami Leigh (EN)
Czech Republic/Czechia

"We want to stand on our two own feet! Please recognize our independence!"

"All these years, we have been nothing more than underlings to Mr. Austria and Mrs. Hungary. But from today on, we can finally live with a free will!"