Some unmarked spoilers below. 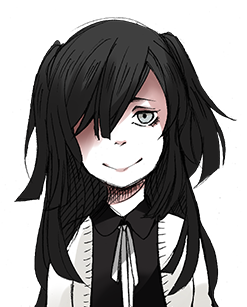 Anri being Anri, or is she?
Charlotte's best friend and classmate, as well as one of the few true realm characters.

Tropes exclusive to Episode 3 note These tropes apply only to the Anri of the False Realm. Any tropes relating to the True Realm's Anri should go in her folder on the Episode 3 Character page. 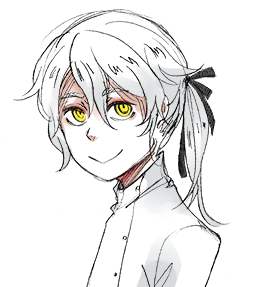 C being himself.
A boy who claims to be the God of the world that Hello Charlotte takes place in. note Many, if not all of these tropes also apply to Charles, since he is the one inhabiting his vessel.

Frei
The form the Oracle that merged with Charlotte takes when it begins to wake up.
Scarlett Eyler
Florence 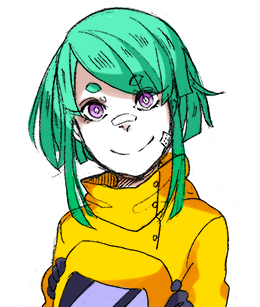 Florence
One of Huxley's workers and one of Charlotte's friends. She's an alien.

Baldwin and Goodwin
Two of Huxley's workers. They are aliens.

Students
The students at Charlotte's school.
Bullies
Students who bully C and Charlotte.