The characters of Hekikai no AiON include: 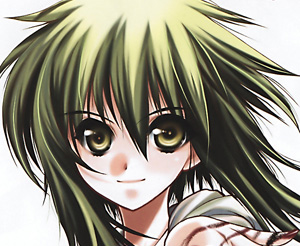 Seine Miyazaki is a 300 year old girl with an immortal body who Tatsuya invites to live in his home; before that she lived in a cardboard box in a park. In the first chapter, Seine looks like a masochist because she seems to like being bullied. Actually, she becomes close to people who are infected by "mushis", a kind of parasitic, mind-controlling bugs, in order to hunt them. Her hunting ways go against the kind and pacifist Tatsuya's beliefs. Her motive is to avenge her foster father, Simon's death by killing the people of sea, the mermaids. She controls a black snake called Aion that lives inside her. Her weakness is her inability to swim. 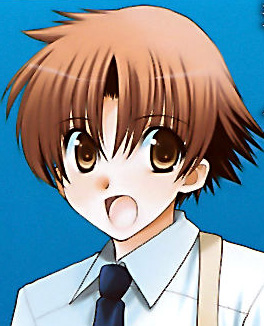 After the death of his parents in a car accident, Tatsuya tries to fulfill his father's last wish of becoming a "high caliber" man. After "saving" Seine from bullying, he insists on trying to help her, even after finding out her real goals. He is kind, optimistic, and believes in other people's good side, which is sometimes an obstacle in Seine's revenge. He is a bad cook, but somehow Seine is not bothered by his food. He has a crush on Seine and wants to be acknowledged as a "high caliber" man by her.

Four years later, he starts going to University at the city. 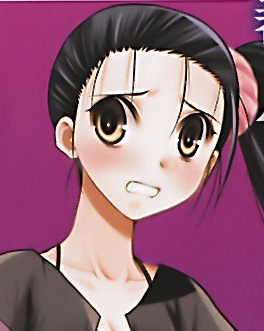 Nagisa is a girl in Tatsuya's class, a long-time acquaintance, and would probably like to get closer to Tatsuya, but ever since Tatsuya found a lost puppy (soon to be Crokette), Nagisa has had violent allergic reactions whenever she is in Tatsuya's house. So she simply stays away from him, even though she loves him.

Four years later she works as a waitress in a cafe.

Tatsuya's friend and Nagisa's neighbor. More worldly and savvy than his friend, he notices that Seine is not a normal girl. 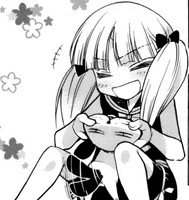 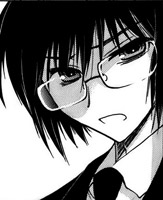 A protege of Tatsuya's father and Tsugawa's family lawyer in charge of Tatsuya's money until he gets old enough. He and Tatsuya have a fraternal relationship, even though they are not blood relatives. He cares and looks after Tatsuya but his job as a lawyer prevents him from being able to be close to him. 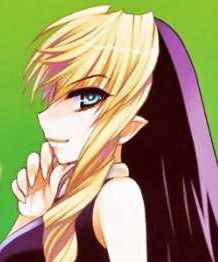 Shizuki is the older sister of the "Akuma Twins". Being the older, she is sarcastic, lazy and smart but she has a weak body; she can get sick and tired easily, she cannot swim in pools because of the chlorine, and Tatsuya's food almost killed her (but then, he is a Lethal Chef). She has an immortal body and has lived for centuries. She gave immortal bodies to Seine and Simon. Her former name was "Pistis Sophia" but she changed because it was "stupid". She is a Oyaji-con (she is attracted to mature, handsome men). 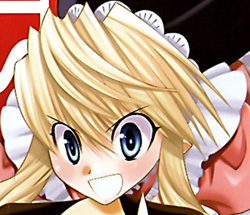 Yuzuki is Shizuki's younger sister. She is the polar opposite of her sister: she has superhuman strength, is diligent and a good cook, but is a little dumb. She is good-hearted and carries out her Onee-sama's orders. She also has an immortal body and has lived for centuries. She is a Comedic Lolicon (she gets excited by children, especially girls) to the point of kissing every child she meets on the mouth (occasionally with tongue) upon first sight. 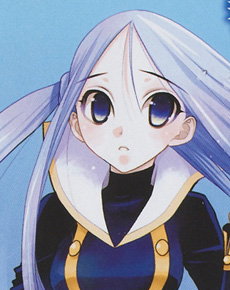 She was introduced as a new transfer student, and Tatsuya is given the assignment of teaching her sign language. The youngest of the mermaids, she is despised by all her older sisters except for Ariel. Seine thought she had killed her some 300 years before, but Ariel restored her body almost entirely, leaving her badly scarred about the neck and unable to talk, but with the ability to change herself to have legs and walk about on land. Her true goal is infect a lot of people to order to take revenge on Seine for leaving her without her voice. She falls in love with Tatsuya.

Four years later she meets Tatsuya as he convinces her to stop thinking of revenge but she's discovered by two of her sisters and leaves the sea in fear. Tatsuya takes her into his house even though Seine is there; Seine allows her to live, but as a hostage against her sisters. She seems very jealous of Seine for being the target of Tatsuya's affections. 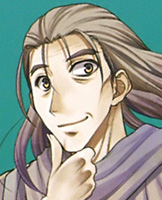 Simon was Seine's third foster father and the one person who showed her kindness when she was young. He was known as a magician in his time and was also known to be 1700 years old (about 300 years ago in present time of the story). He bore the "Aion" mark, just like Seine does at the present time, but he had it across the right shoulder, and was able to use Aion's power for his own, unknown, reasons. He died eaten by the mermaids.

They are Seine's prey, in revenge for Simon's death. In-universe, they are the ones who sank Atlantis, Mu, and Port Royal and destroyed Pompeii in order to collect psyche from humans. Up til now, 5 of the 7 mermaids have been introduced. They are Ariel the eldest, Bella the second, Enati the third, Anshu the fourth, and Sheila the seventh.