Mundane human beings living in the town of Sorami, somewhere in Japan. They are blissfully unaware of the presence of Synapse hanging over their heads (save for one guy)... until the Angeloids made their presence known. 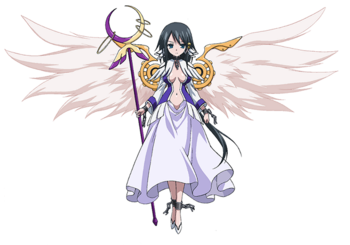 to see her as the Angeloid Zeta
A Shrinking Violet farm-girl that develops a crush on Tomoki from overseeing his antics throughout the series. She later joins the New World Discovery Club to get closer to him and the rest of the main cast.
Voiced by: Yōko Hikasa (JP), Colleen Clinkenbeard (EN)

Combat-oriented gynoids created by Synapse. They have a Religious and Mythological Theme Naming derived from Greek mythology, down to their weapons. 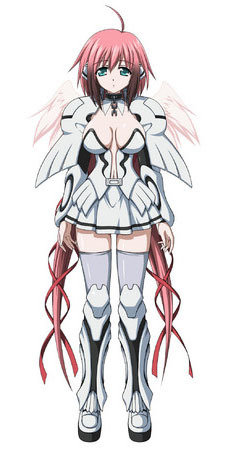 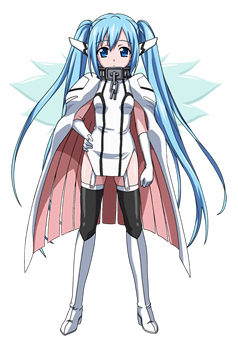 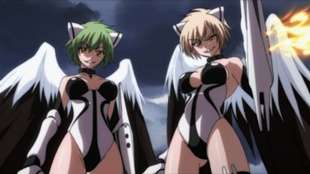 Angeloid(s) sent from Synapse to kill Ikaros and retrieve her variable-wing core, although they are quickly relegated to guard duty. Their formal designation is Type Gamma, Ambush-purpose Angeloid.
Voiced by: Michiko Neya and Maya Okamoto (JP), Clarine Harp and Stephanie Young (EN)
Astraea 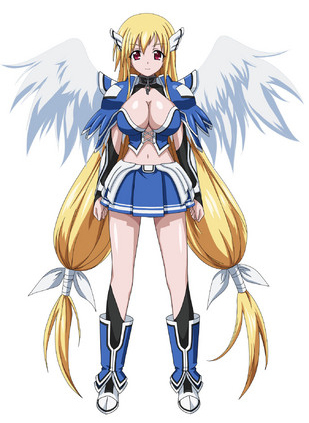 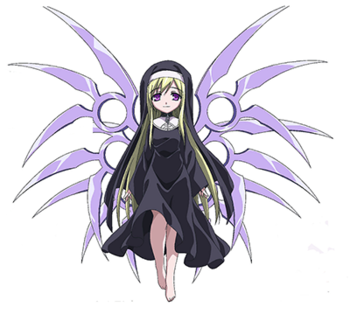 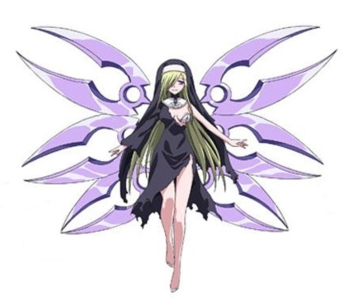 to see her adult form
The first of the second-generation Angeloids, and also sent to Sorami City to kill Tomoki. Looks can be totally deceiving with her. Possessing no formal designation for her particular model, she is referred to as simply Second-Generation Angeloid, Type Epsilon.
Voiced by: Aki Toyosaki (JP), Carrie Savage (EN)
Siren 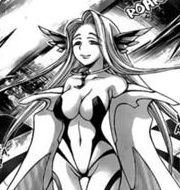 A second-generation Angeloid which was sent to ambush Tomoki. Her formal designation is Type Eta, Underwater Combat Angeloid.
Oregano 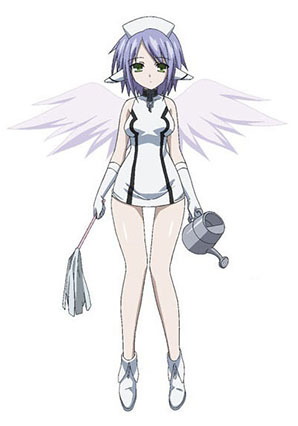 A generic medical specialist Angeloid. One follows Sugata back from a dive game, after which she associates herself with Mikako. This... has consequences...
Melan 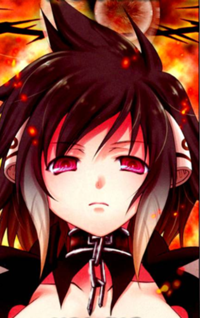 It's not the single bee that kills, it's the swarm. This happens to be a single bee.
Tactical Weapon Angeloid, type Theta, Melan. Equipped with a Variable Wing Core (Ikaros' wings), and mass-produced in black-winged, black-haired mimicries of Ikaros, Nymph, and Astraea.

A few floating islands in the sky, which happens to stop over Sorami town at the time being. Their denizens are flesh-and-blood angels, and they possessed vastly advanced technology compared to humanity. 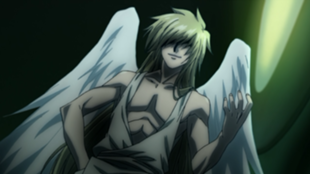 The aptly named ruler of Synapse. Has a deep disdain for humanity, and creates Angeloids as his playthings... well, humans are too, by extension.
Voiced by: Shin-ichiro Miki (JP), Mike McFarland (EN)
Daedalus 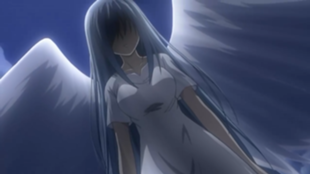