All of the Characters of the Hearts and Heroes fangame. 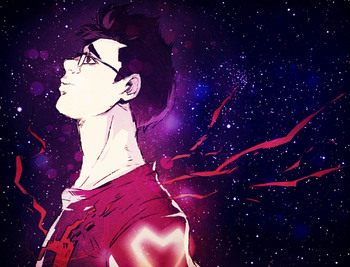 Hello, everybody! My name is Markiplier.
The man responsible for your quest. Also makes YouTube videos when awake.
Blue

The protagonist of the game, and leader of the group.

A girl who was trapped by the Terrorlings and the first person the player rescues. Found in the World of Slender.
Jade

A youth who was trapped in Charlotte's bakery for their own safety while being sought by some Terrorlings. The second person to join your team and found in the World of Presentable Liberty.
Red 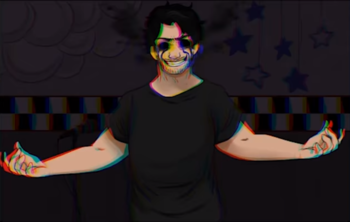 Wilford Warfstache
The weapons merchant for the game.
Googleplier
Octodad
A totally normal average human step-father, and normal item merchant in this game.