Characters appearing in Harvest Moon: The Tale of Two Towns.

open/close all folders
Bachelors and Bachelorettes

A girl who works in her father's pet shop in Bluebell.

A girl who lives with her father in his cafe. Lives in Bluebell.

Helps out her grandfather in his seed shop in Konohana.

A botanist that studies plants in the mountains. Lives in her uncle's orchard in Konohana. 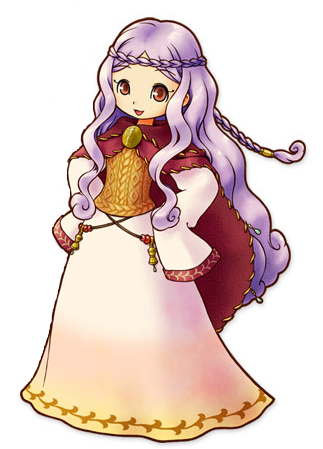 A strange lady who studies alchemy and lives in the mountains.

A friendly guy that works on his family's Animal Shop in Bluebell.

A man living in Howard's cafe in Bluebell. Owns a small flower shop.

A young man living in Konohana who is a doctor-in-training. Ayame's apprentice.

Owns the pet shop in Konohana. Has a great love of horses.

Mayor of Bluebell. Rival to Ina.

Town carpenter. She'll be in charge of any farm expansions or improvement or the opening of the tunnel between the two towns.

Runs the Bluebell pet and horse shop with help from his daughter, Georgia. Generally happy and good-natured. Wears an unfortunately designed sweater.

Laney's father. Owns the local cafe. Personality and physical appearance do not match up.

Runs the local livestock store, with help from her kids, Ash and Cheryl.

Mayor of Konohana, mother to Rahi. A no-nonsense woman with a strong sense of pride in her town. Fierce rival to Rutger. Dresses in Thai-influnenced clothing

Runs the local seed shop, with help from his granddaughter, Nori.

Reina's uncle. Runs the local orchard. Dresses and talks like a samurai.

Ina's young son. Has a crush on Ying.

Granddaughter to Yun. Sent to live in Konohona by her parents, in hopes of improving her health.