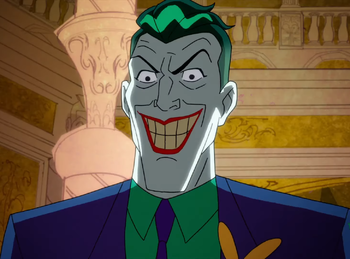 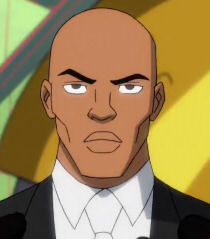 Voiced by: Giancarlo Esposito
Superman's Arch-Enemy, CEO of LexCorp, and leader of the Legion of Doom.
The Scarecrow 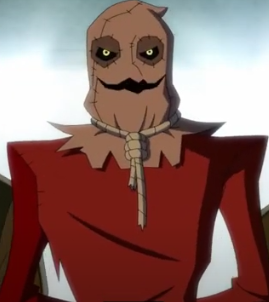 Voiced by: Alan Tudyk
A supervillain obsessed with committing crimes on holiday and specific dates.

Voiced by: Uncredited
A scientist who developed a serum that transformed him into a bat-creature.

A group of former Legion of Doom members built to take over Gotham in Season 2.
In General
Two-Face 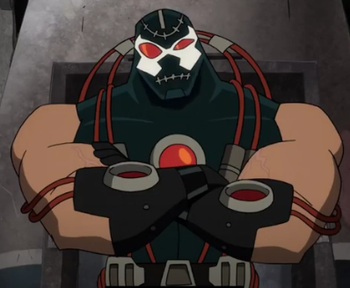 Voiced by: James Adomian
A villain hyped up on Venom, which gives him Super Strength.

Voiced by: Jim Rash
Gotham's "funniest villain" known for his riddle based crimes.
The Penguin 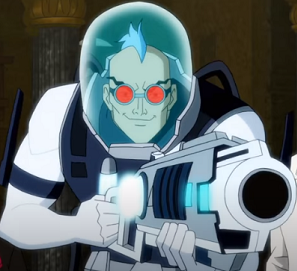 Voiced by: Alfred Molina
A former cryogenics scientist trapped within his own technology and uses ice and cold as his motif. Appears in Season 2.

Voiced by: Matt Oberg
A perverted loser supervillain who uses a giant kite to commit crimes. In spite of his silliness and questionable competence, he displays a surprising level of emotional intelligence.
Giganta

Voiced by: Vanessa Marshall
The Queen of Fables

Voiced by: Wanda Sykes
A sorceress with the power to conjure living versions of fables.
Maxie Zeus

Voiced by: Will Sasso
A well-known supervillain and motivational speaker who patterns himself after the Greek Gods
Catwoman

Voiced by: Alan Tudyk
A villain who specializes in boobytraps.
The Condiment King

Voiced by: Michael Ironside
The ruler of Apokolips.