Character sheet for Harebrained Schemes' Battletech video game. To return to the main listing for the franchise, click here.

The Aurigan Coalition is one of the youngest interstellar states of the Periphery of the Inner Sphere in 3025 - it's only existed for about a hundred years, and yet in that time it's managed to become of the more stable and respectable Periphery states. Encompassing the Aurigan Reach, a pocket of space nestled between the Capellan Confederation, Magistracy of Canopus and Taurian Concordat, the Coalition is a surprisingly democratic and prosperous realm compared to other examples in the Inner Sphere. However, after a period of expansion and prosperity, there are those who feel that the policies of the recently-deceased High Lord were leading the Coalition down a path of economic and social stagnation and eventual irrelevancy.
Advertisement:

Following the coup that commences the game's main plot, the Coalition is split into two factions: the Directorate led by the Espinosa family, and the Restoration that opposes them. 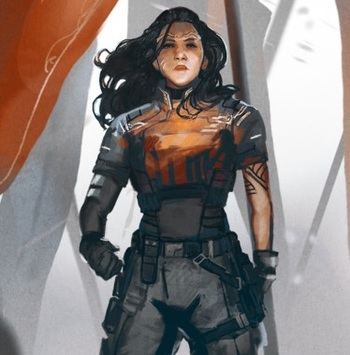 The heir to the throne of the Coalition, Kamea is your main contractor for the majority of the main story. Having been betrayed by her uncle Santiago Espinosa, she's spent three years raising an army to take back her throne - and, remembering your service in helping her escape and the trust Raju showed you, she very much wants you to be part of that army. Her signature 'Mech is the Kintaro KTO-18 medium 'Mech.
High Lord Tamati Arano II 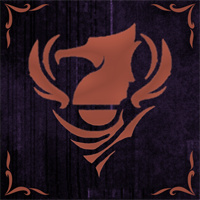 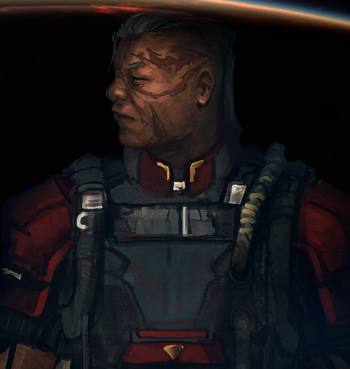 The head of the Arano Royal Guard, and your former teacher in the ways of being a MechWarrior. After you depart from, your family, he eventually finds you when you're down on your luck and offers you a place in the Arano Royal Guard, in the service of which the story begins. His signature mech is the Centurion CN9-A medium mech.
Lord Alexander Madeira 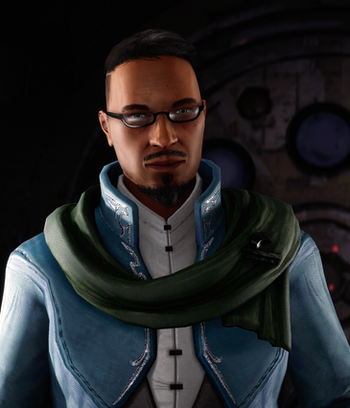 Heir of House Madeira, one of the Coalition's Founding Houses, and close friend of Kamea. Goes into exile with Kamea during the prologue and joins your crew when you obtain the Argo as Kamea's representative aboard.
Advertisement:
Simon Karosas 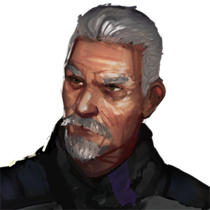 The head of an Aurigan noble house, whose engineers are renowned code breakers. Following the horror both of his children endured (his daughter Lina made an example of by the Espinosa family for vocally supporting Kamea, and his son Otto thrown into Weldry's Icebox), he is reluctant to support the Restoration, but is willing to do so if their forces also support his endeavors.

A ragtag bunch of surprisingly professional mercenary support officers for a periphery outfit.

Player Character
A MechWarrior pilot trained by Raju. After being separated from Raju and Kamea during Santiago's coup, they are rescued by a mercenary troop, and are leading it by the time Kamea recruits them to her cause three years later. Their default signature mech is the Blackjack BJ-1 medium mech, though as a mercenary leader, the player can have any pilot control any mech available to deploy.
Markham
The former leader of the mercenary troop. Died during the attack on Coromodir in the prologue.
Darius Oliveira 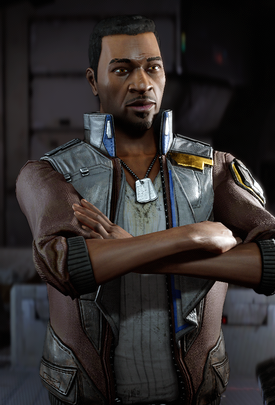 The Executive Officer of the mercenary unit that the player leads. Darius was a colonist 'native' to a space station in the Aurigan Reach.
Advertisement:
Sumire Meyer 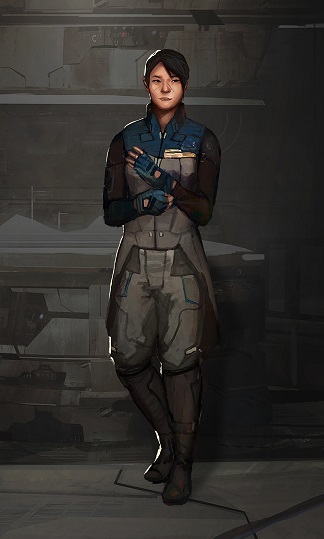 The Navigator of the mercenary unit that the player leads. She is of Taurian nobility in origin, having gotten professional training as a dropship pilot in part due to old family connections. 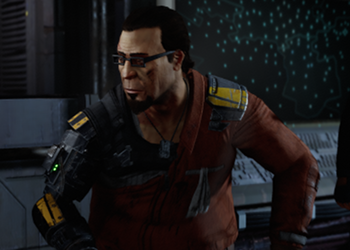 The chief 'MechTech of the mercenary unit that the player leads. He hails from a crowded world with poor habitability for humans and once served a tour of service in the Capellan military, until a tragic incident claimed his arm.
Dr. Farah Murad 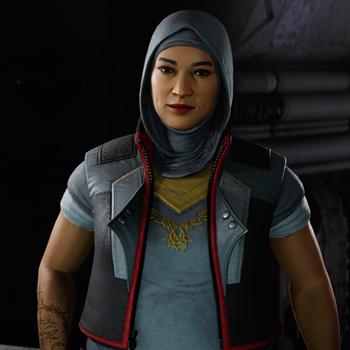 An Engineer requested by Kamea to assist the player's crew with the restoration and maintenance of their Star Legue-era colony dropship, the Argo.
The Pilots
The various MechWarriors that can be hired across the galaxy, many of which were designed by backers on Kickstarter. Your crew always starts out with four predetermined Mauve Shirts: Behemoth, Dekker, Glitch, and Medusa. 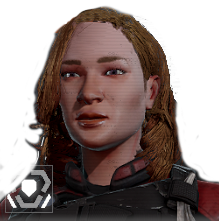 One of the Ronin pilots you start with. Initially pilots a Shadow Hawk SHD-2H. 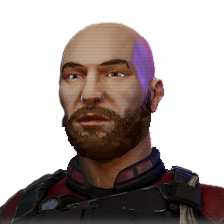 One of the Ronin pilots you start with. Initially pilots a Spider SDR-5V. 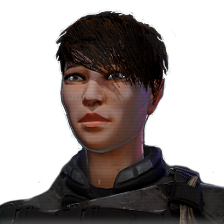 One of the Ronin pilots you start with. Initially pilots a Vindicator VND-1R. 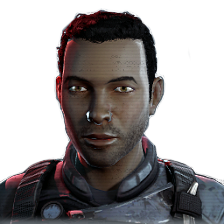 One of the Ronin pilots you start with. He doesn't come with a 'Mech, being benched during the tutorial since the Player Character is leading the lance personally. He's essentially provided as a spare pilot while Dekker is recovering from the injuries he'll probably sustain in the tutorial.
Backer Pilots
Aside from the foursome you start with, most of the MechWarriors available in the game's hiring halls are randomly generated. These Ronin, however, were created by Kickstarter backers who supported the game at the $5,000 Mercenary MechCommander level or above (fifty-seven in all), and have unique background stories like Behemoth, Dekker, Glitch, and Medusa. 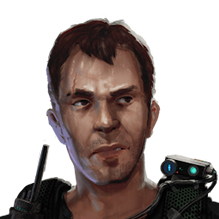 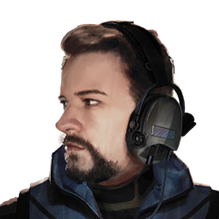 A son of a wealthy commoner family in the Lyran Commonwealth, he puttered around the Lyran Guard in a desk job for several years before serving a five-year tour as a MechWarrior. He quit and trucked out to the Periphery after missing a promotion due to his lack of connections. 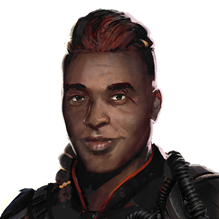 Born to an extended family of merchant shippers, Ariamaki Risenki found the family politics was just too much. He struck out on his own, worked as a 'Mech gladiator on Solaris VII, and then found his way to the Periphery. 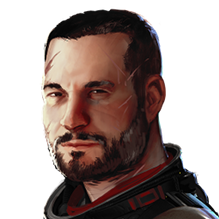 Beta Pilots
The following pilots are pre-made characters originating from the Beta version of the game. Akin to the above-mentioned Backer Pilots and Mauve Shirt crew the player starts with, they all have backstories and higher base stats to make them distinct. 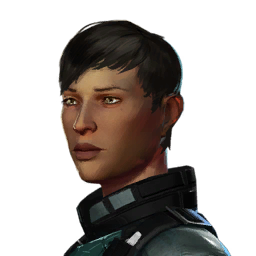 The second child of a runaway Magistracy noble and a retired MechWarrior, who was exclusively raised by her father after her mother was compelled to return to her duties. Due to events she never quite understood, the older brother she respected ran away when she was still a teen, taking their father's BattleMech with him. A sense of responsibility kept her at her father's side, but when the Espinosa's coup occurred, she received permission to unleash her talents on an unsuspecting Periphery.

Following the conclusion of the Aurigan Civil War, she was inducted into the Aurigan Coalition's elite Rampart Company, participating in the mop-up of various Directorate remnants. 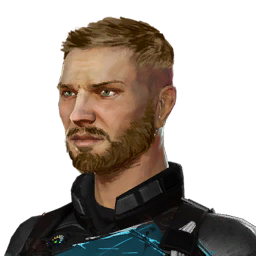 Starting by nearly being crushed by space debris on the day he was born, the Panzyr-born Ozone has lived a life of misfortune. As soon as he was able, he left his township, with Panzyr's citizens hoping the bad luck would go with him.

The governing power that attempts to replace the Aurigan Coalition, replacing a reasonably liberal constitutional monarchy with a People's Republic of Tyranny.
Director Santiago Espinosa

I'll show you how a man who follows in Amaris' footsteps can fight.
Kamea's uncle, who sparks major conflict by taking the throne from his niece in a coup.
Lady Victoria Espinosa 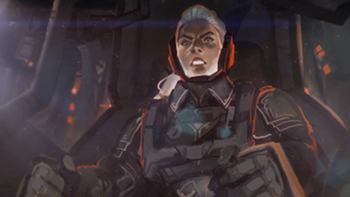 Santiago's daughter. Was trained by Raju as a pilot alongside her cousin Kamea, but chooses to side with her father. Her signature mech is the Kaga, a Catapault K-2 heavy mech, although she ultimately upgrades to using a King Crab KGC-000 Assault mech in her final battle. 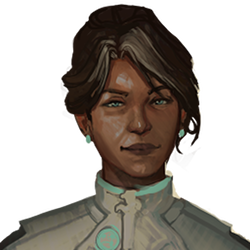 A member of the ruling house of the Magistracy, she's Kamea Arano's primary backer in her effort to reclaim her throne.
Amalia Cortez 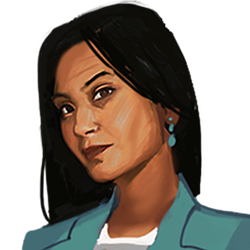 Mercenary liaison for the Magistracy of Canopus. 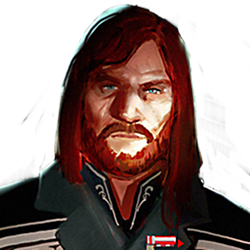 A commodore of the Taurian Concordat.
Elena Marisol-Chaplin 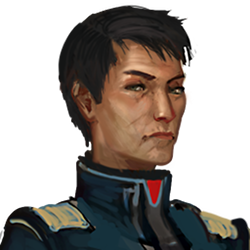 A liaison of the Taurian Concordat, serving as the mouthpiece of Protector Calderon and also your mercenary contact if you take jobs for the Concordat. 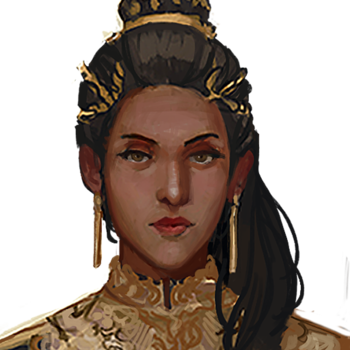 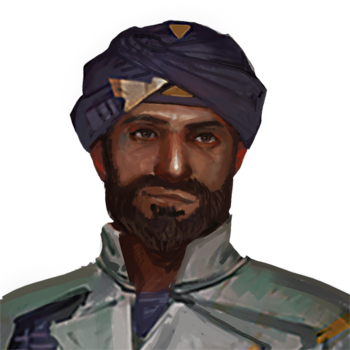 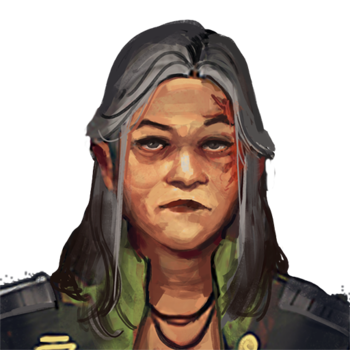 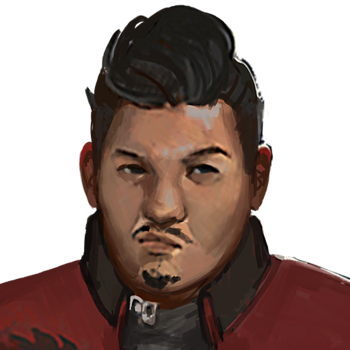 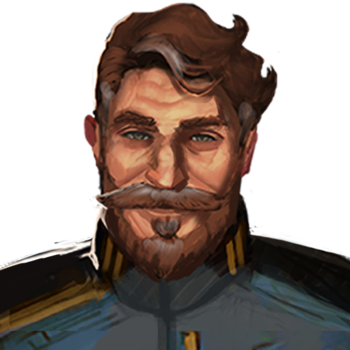 Mercenary liaison for the Lyran Commonwealth. 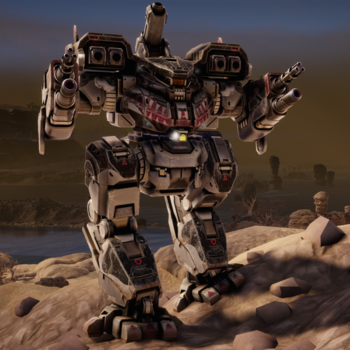 A mysterious but powerful 'Mech.