These are the characters from Hamatora. Keep in mind that since both the manga and the anime feature different stories (the anime is a sequel to the manga), some tropes only apply to one adaptation.

open/close all folders
Hamatora
As a whole the groups shares this:

Voiced by: Ryota Ohsaka (JP), Adam Gibbs (EN)
"You have no business telling me that I'm strong or alone or whatever. In fact, it's no one's business to decide who's weak or strong. "

The main character. Nice is the leader of the detective agency Hamatora. While initially appearing as the only detective alongside Hajime in the manga, by the anime's time he has attracted several allies. Easy-going and kind, but he is always suffering from lack of money. His Minimum, Sonic Minimum, consists of manipulating sound to generate Super Speed. He is the top graduate from Facultas Academy, owner of incredible power, and his identity is hidden for this reason. Nice detests the academy and it is believed an incident happened to him to make him quit it and abandon every support they offered him. 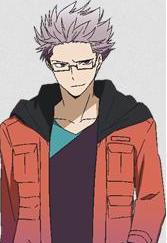 Voiced by: Wataru Hatano (JP), David Wald (EN)
"People like you disgust me. You can't even face your own weakness."

Nice's partner. A no-nonsense guy who cares only about money, and considering their situation, you can't blame him. He is originally a graduated from Facultas who ordered him to retrieve Nice to the Academy and ended joining his detective business. His Minimum is called Small Miracle, activated when he takes off his glasses. 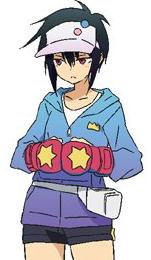 A short, silent girl. She's eating all the time. Unlike most of her comrades, Hajime is not a former student from Facultas. Nevertheless, she has a Minimum Holder that makes her a strong fighter. She is one of the founders of Hamatora, assisting Nice in his cases during the manga. In the anime, her role is more inactive. As revealed in Re Hamatora, Hajime is one of Moral's former test subjects from Facultas. The only survival from the experiments, Hajime was locked in a cell until she met Nice who promised to take her away and meet the world.

Voiced by: Jun Fukuyama (JP), Blake Shepard (EN)
"I just think we're missing out if we're not trying different things and having fun. Life's too short."

A fun-loving boy with a childish personality. His Minimum allows him to generate electricity at will when biting a taser. Ever since he was a kid, he was suffering through a strong disease which caused him to bond Ratio when he used to predict people's deaths. This disease also caused Birthday to be expelled from Facultas. 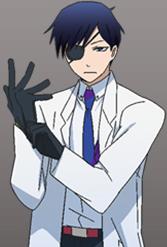 Birthday's partner. A doctor with artificial arms and an eyepatch sealing his power, which consists of X-Ray Vision. This power used to torment him as a kid as he predicted people's deaths but meeting Birthday made him open up to others as the ill teenager told him he would not die regardless of his predictions. Ratio is also a former member of Facultas who dropped it to become a doctor after Birthday was expelled. 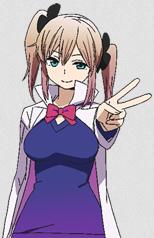 A cheeky young girl who is capable of seeing the future 10 minutes in advance on her tablet-like device after biting on a lollipop. She works alongside Three and often Art. At an early age, she met Three who promised her to protect her no matter the cost and thus is close to him. 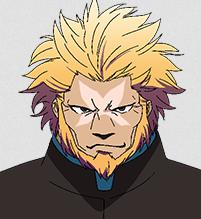 Honey's bodyguard. A giant-like man who protects her no matter what. He has a soft side, though. His Minimum Holder gives him beast-like appearances and enhances his physical strength. He is a former mercenary who run an orphanage which was burned scarring him in the process. Motivated by his promise to protect the young Honey, Three starts another orphanage in order to raise the children of the people he killed so that they would avenge their parents. However, Honey opposes him and joins his cause to tell the chidren revenge is not appropiate. 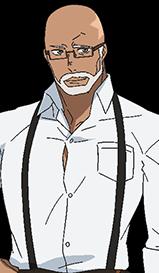 The owner of the cafe Nowhere. He is always making meals for the Hamatora's members and works for the Minumum Agency. 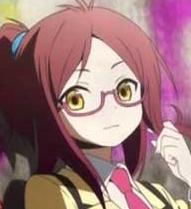 A young girl in charge of negociating jobs for the Hamatora. 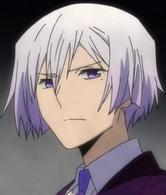 A police agent in charge of the Minimum Holders murder cases, and friends with the Hamatora, especially Nice. He went to Facultas Academy with his younger brother who died by a terrorist group against Minimum holders according to the ending credits. Despite graduating from Facultas, Art has been unable to awake his own Minimum which often bothers him. In the case to arrest Moral, Art is against letting Nice join his cause due to his complex. Moral tries to make Art join him under the promise of a Minimum but Art decides he does not need it become Nice's friend and equal. He is killed by the criminal shortly afterwards.

Until, that is, the final episode, where Art reappears and kills Moral. It is then when Art points his gun at Nice's head and the episode ends. In season 2, Art finds that he has the Regeneration Minimum and is out to "collect sins" by removing Minimums from the Minimum Holders and allow them to be normal people. 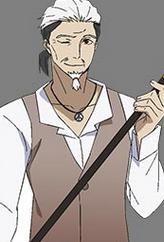 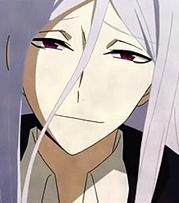 A sociopathic, ruthless man who claims to be trying to balance society, by taking innate Minimum Holders' powers and giving them to Muggles. Except it involves killing them to remove their brains. He is a former instructor from Facultas who realized Nice's loneliness as a result of standing out and thus wishes for more Muggles to become equals to Nice. Moral's Minimum allows him shapeshift.

In starting a revolution and a terrorist attack to force non-Minimum Holders to obtain their own during despair, Moral injects himself the Forbidden Minimum to prepare for his fight against Nice. The new Minimum allows him to warp and overwhelm Nice but also deteriorates his body when Nice takes the upperhand. As Moral faces defeat, he is shot and killed by Art previously believed dead. 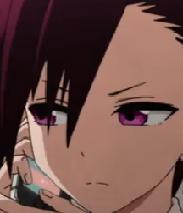 Moral's assistant. She's a florist. Also a super hacker thanks to her Minimum. With her help, Moral is able to reach people who wish for Minimum powers. She took care of Art after his supposed death. In Re:Hamatora, she is seen working with the Freenums. 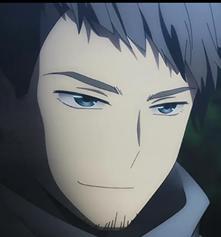 The de facto leader of Freemum who appears in Re: Hamatora. He is also collabrating with Art.

A member of the Freemums, he acted as a guard to prevent non-minimum holders from entering the club. His current minimum power is unknown.

A member of the Freemums who can make masks of another human being that are indistinguishable from the original. Needs to see the person's face contorted with fear of death in order to do so. 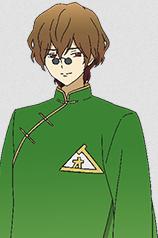 An information broker who occasionally provides the Hamatora with hints. For a price, of course. 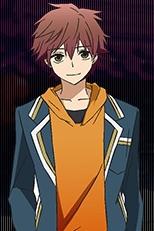 A high school boy who hires Nice and Murasaki in Episode 2. He's a victim of bullying, and wants to find his teacher who has gone missing. Said teacher was the one behind the bullying. After the case is solved, he matures and becomes a Recurring Character. 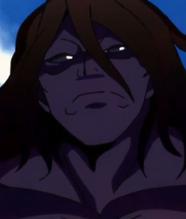 A young student who became super strong and berserker after making a deal with Moral. He is defeated by Nice and arrested shortly afterwards. In episode 10, Takahiro is freed by Moral's group Black Cosmos and goes to the Hamatora to request to recover his original body. He eventually decides to protect his mother using his new acquired powers from the Minimum Holders. Just as he saves her, Moral activates a bomb inside his body and dies.

A young female artist friend from Birthday and Ratio ever since highschool. In her debut episode she is kidnapped by her own manager and her old friends go to rescue her. She is later revealed to be a Minimum Holder

A member from the Minimum Agency and Honey's father. He wishes to put an end to the riots caused by the Minimum Holders. 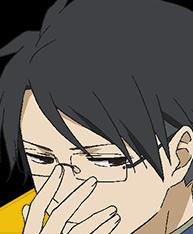 The protagonist of Hamatora: Look at Smoking World. He is a high school student who awakens his own Minimum and meets the Hamatora members across several fights.