This is the list of characters from Gundam: Reconguista in G. Warning, unmarked spoilers below.

open/close all folders
The Megafauna 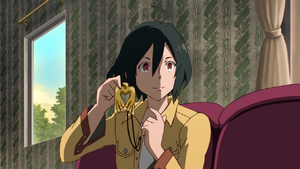 A young cadet for the Capital Guard whose life takes an unusual turn after he captures a pirate attacking the space elevator. 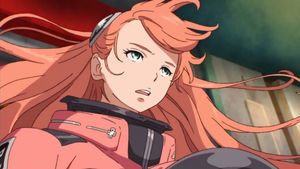 A young female space pirate, she attacks the space elevator with the G-Self but is captured when Bellri's presence causes it to malfunction. She turns out to be with the Amerian forces and drags Bellri, Noredo, and Raraiya back to the Megafauna with her when she escapes the Capital. She dislikes the Ag-Tech taboo and believes that it's not good for the future of humanity. 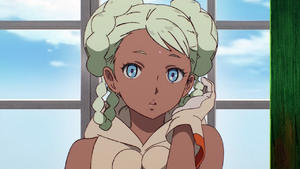 A mysterious girl, of unknown nationality, who rode in the G-Self. It is unknown how she got to the G-Self.

A member of the cheerleading squad that takes a shining for Bellri Zenam and later follows him around the Earth Sphere. 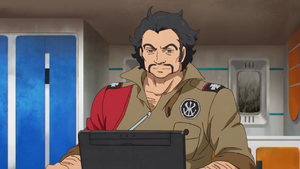 An officer of the Amerian armed forces and captain of the Megafauna.

Two female crew members of the Megafauna. Gisela is the bridge officer, and Steer is the helmsman.

Two Grimoire pilots for the ship. 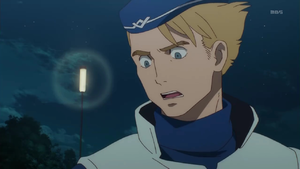 Bellri's former instructor and subordinate to Dellensen at the Capital Guard. He joined the Megafauna crew under Wilmit's request. 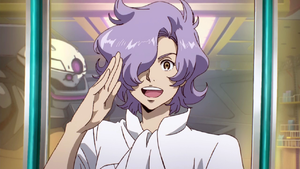 Member of the Dorette Fleet who was captured by Bellri. He eventually defects to the Megafauna crew to pursue a romance with Raraiya.

The deckchief of Megafauna. Known for distinctive hairstyle and hat.

Voiced by: Itaru Yamamoto
The chief mechanic of the Megafauna.

Voiced by: Miyuki Sato
One of the Megafauna's mechanics. 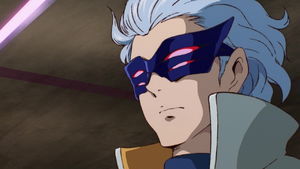 Bellri's fellow cadet in the Capital Corps. He's a Kuntala, a caste that was used as food during the dark days following the Universal Century. 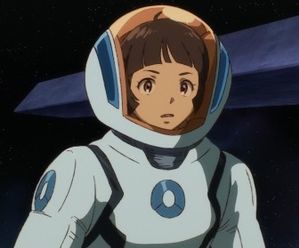 A Capital Army pilot and a subordinate of Mask. 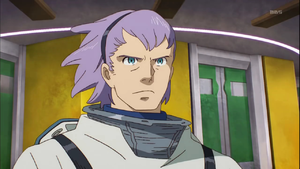 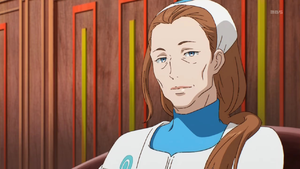 Bellri's mother and a high-level Capital official. She's disturbed by the Capital's military buildup, which is in violation of the Ag-Tech taboo. 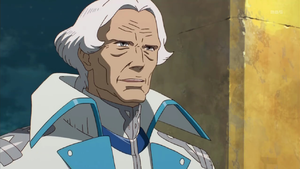 The ruler of the Capital, addressed as "His Holiness." 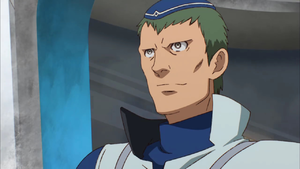 A captain in the Capital Army.
Ameria 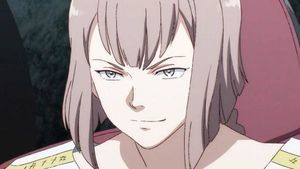 The son of the leader of Ameria, President Zucchini Nicchini. He pilots a custom mobile suit called the Montero, and has excellent piloting skills. 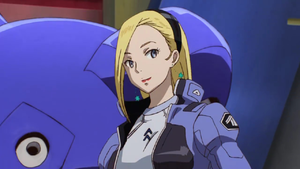 Amerian MS pilot who first appears as part of the squad delivering supplies to the Megafauna. Later joins up piloting the mobile armor Armorzagan.

Aida's father, and the Inspector General of the Amerian Army. He boards the Megafauna when it meets up with the Amerian mobile armor Armorzagan.

A captain of the Space Pirates, he led an assault on the Capital to get back Aida and the G-Self.

Voiced by: Ryuji Mizuno
A Towasanga general and a member of the prominent Dorette family in the Colony.

Voiced by: Satoshi Taki
Commander of the Dorette Fleet. Member of the Negotiating Team.

Voiced by: Chiaki Takahashi
An officer of the Dorette Fleet. 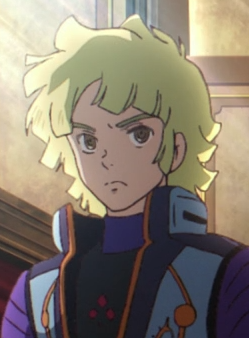 A Towasanga MS pilot and the commander of the Knossos's mobile suit complement. Like Ringo, he uses the Moran, though he's rather more aggressive than his subordinate.

Voiced by: Sakiko Tamagawa
A member of the Towasanga Resistance.
Venus Globe 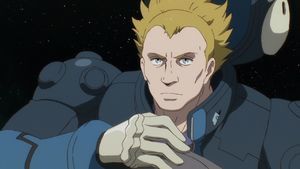 Director of the G-IT Laboratory of Venus Globe. He pilots the Gaion mobile suit.

Voiced by: Keiko Sugiura.
A G-IT Labs mobile suit pilot who flies the Gastima. Tall, muscular, and constantly working out to fend off the effects of the Venus Globe's low gravity.

Voiced by: Junichi Suwabe
A Venus Globe pilot under the G-IT squadron. 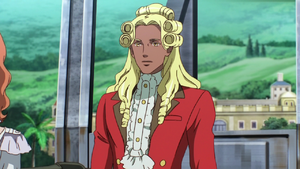 The head of the Venus Globe and resides in Rosario Ten.