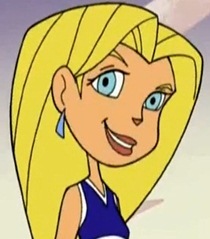 Voiced by: Jennifer Love Hewitt
The leader of the titular group of superheroines, Chrissy's the cool and kind-hearted narrator of the story and is also the cheerleading captain for Bay City High School. She gains the power of superhuman strength and her supersuit is red. She also has a strong crush on Fernando, the star quarterback for their high school football team.
Ping 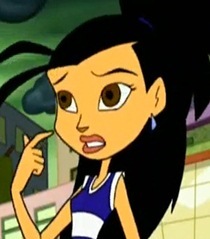 Voiced by: Valerie Sing Turner
One of Chrissy's two best friends, Ping's the sweet-but-melodramatic member of the trio—she gains the ability to fly and her supersuit is blue. Ping also ultimately ends up dating Zeke, the trio's best male friend who's also their high school mascot.
Mackenzine ("Mac") 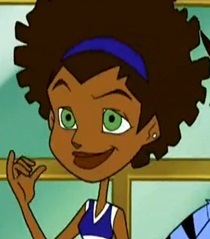 Voiced by: Bettina Bush
One of Chrissy's two best friends, Mac's the smartest and most mature of the trio—she gains X-ray vision and her supersuit is green. Mac ends up dating a young friend of their hairstylist, Adrien, at the end of the movie. 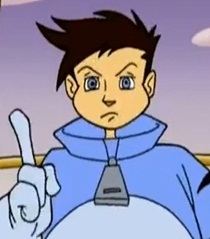 Voiced by: Andrew Francis
The closest male friend of Chrissy, Ping and Mac who's also the school mascot for Bay City High School—while he doesn't gain superpowers like the girls do, he ultimately proves to be a valuable ally, such as helping to keep their newfound identities as superheroes a secret and even helping them on missions.
Adrienne 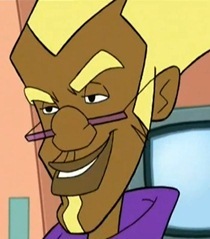 Voiced by: Blu Mankuma
A hairstylist in Bay City who's also a close friend of Chrissy, Ping and Mac—Adrien's originally from England and before becoming a hairstylist in Bay City, he spent time working an MI6-agent (or, as he calls it, "Her Majesty's Secret Service"), eventually revealing that Dr. Nightingale is an old enemy from his days as a secret agent. Adrien also reveals that he also spent part of his life working within the fashion industry (such as working directly with supermodels). 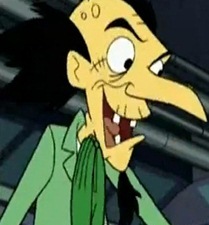 Voiced by: Mackenzie Gray
A Mad Scientist bent on world domination who also happens to be the father of Star Nightingale, one of the Groove Squad's fellow cheerleaders at their high school.
Larry 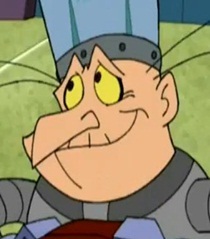 Names and voice actors: Unknown
A trio of superpowered hippies who're Dr. Nightingale's sidekicks outside of Larry. The trio consists of two men (one redhead and one blonde with a beard) and one woman (who's African-American). They're first seen fighting Chrissy, Ping, Mac and Zeke at the beginning of the film, before Chrissy goes into her flashback, explaining how she and her friends got into their current situation. 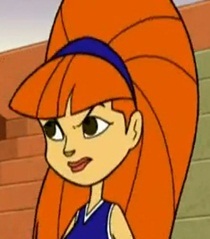 Voiced by: Meghan Carey Black
One of Chrissy, Ping and Mac's classmates and fellow cheerleaders at Bay City High School who also happens to be Dr. Nightingale's daughter. She desperately wants to take Chrissy's place as their high school cheerleading captain and win the affections of their mutual crush, Fernando.
Fernando 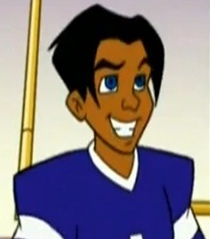 Voiced by: Santo Lombardo
A handsome, Spanish-speaking Foreign Exchange Student who's on the Bay City High School-football team ("football" as in "American football") and is the mutual crush for Chrissy and Star.
Stacy and Roxanne 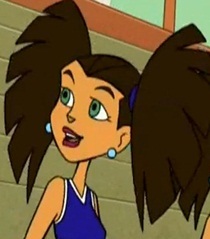 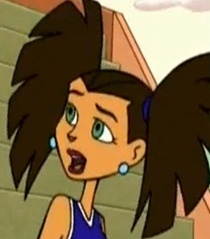 Roxanne
A pair of identical twin sisters who're Star's best friends/sidekicks and who always Speak in Unison. Stacy is voiced by Vanessa Morley while Roxanne is voiced by Kathleen Barr.