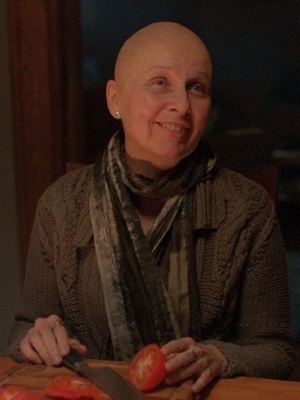 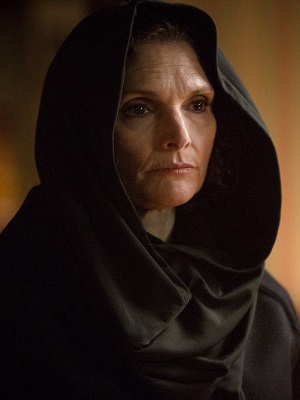 Marie's sister and the source of Nick's Grimm genes, killed along with his father in a car crash when Nick was twelve. It later turns out that she was murdered by Wesen in an attempt to steal the Artifact of Doom she was entrusted with guarding. Turns out that she hadn't been killed, but she took the opportunity to fake her own death in order to hunt down the critters responsible for her husband's murder, leaving Aunt Marie to take care of Nick. She turns up again in the Season 1 finale tracking down Kimura. 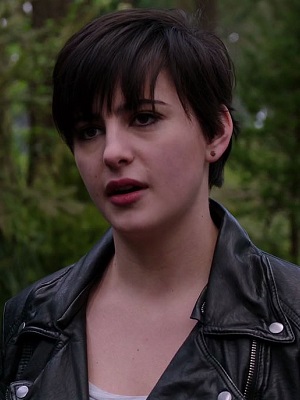 A young Grimm who drifts into Portland at the end of Season 3. Unaware of her nature as a Grimm, she thinks the monsters she keeps seeing means she's gone crazy. Nick takes her under his wing to help her cope. She's later revealed to be Nick's third cousin from his mother's side of the family. 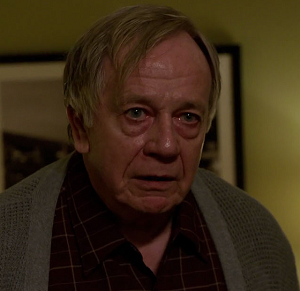 An elderly Grimm on his deathbed who arrives in Portland not long after Trubel. He seeks Nick to give him his collection of Grimm-related things, as his own son hasn't inherited the family powers.

Played by: Lucas Near Verbrugghe

Not technically a Grimm, but since he's involved the Grim Treasure Key Myth Arc, he best fits here. The son of Rolek Porter. Because he didn't inherit the family's Grimm powers, he thinks his dying father is going crazy when he takes him on a cross country journey to fight monsters. (Nick points out that Josh's Grimm abilities might be latent, as his own didn't manifest until he was an adult.) 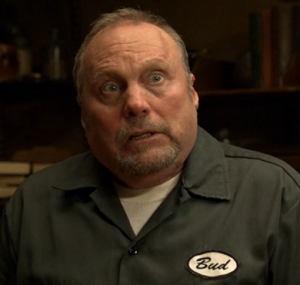 A hapless Eisbiber who was fixing Nick's fridge when he found out that Nick was a Grimm. Subsequently, he's been a source of comic relief (for us, the viewers) and frustration in Nick's life. The latter because he's hilariously misinterpreting the situation and the former because he shows up at very awkward times trying to be very, very nice so that Nick doesn't kill him (or so he thinks). After several comic appearances, he has an episode proper that establishes more about both Bud and Eisbiber. Subsequently, he shows up again in Season 2 multiple times with far bigger appearances than before almost getting killed in one of them.

A fuschbau that first appears in "Organ Grinder". He runs an apothecary. Unlike many, there's the stuff up front for the humans and then there's the stuff in the back for the Wesen. He reappears in "Island of Dreams" only to get killed by two drug-addicted Skalengecks.

Monroe's ex-girlfriend from his pre-Wieder days. She sees him again for the first time in years after her brother, Monroe's friend Hap, is almost killed when his house is blown up. Unlike Monroe, she makes no attempts to deny her more violent urges or to fit into human society.

She died in "Over My Dead Body", when she sacrifices herself to save Monroe - and by extension Nick, and is shot by a Skalengeck, bleeding out in Monroe's arms.

A daemonfeuer who appears in "Plumed Serpent". She loves her father such that she would rather have him die in combat versus homeless and in bed. To this end, she lures Nick into a fight with him before faking her own death.

Juliette's college roommate, she temporarily shelters with Nick and Juliette while fleeing her abusive husband, Joe. Once she arrives Nick realizes she's a fuchsbau, though she doesn't notice that he's a Grimm. Juliette tries to get her to open up about her wesen nature but Alicia is reluctant. She's frightened when she learns about Nick's Grimm status but makes peace with Juliette and herself when Nick and Juliette help get Joe out of her life for good. She moves into an apartment in Portland but we haven't seen or heard about her since.

An old friend of Renard's Mother and wise and powerful Hexenbiest. Other Wessen go to her for magical advice.

A Resistance Movement opposed to the Royal Families and the Verrat. 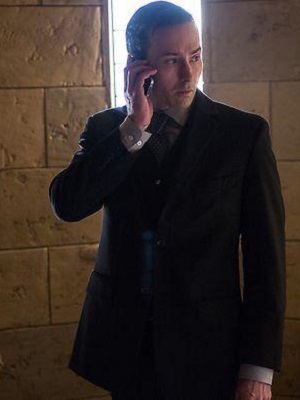 Renard's friend and a mole within the Royal Family. Currently tracking down Adalind and heavily implied to be the one who killed Prince Eric Renard. He didn't actually do it - that was Meisner - but he facilitated it. 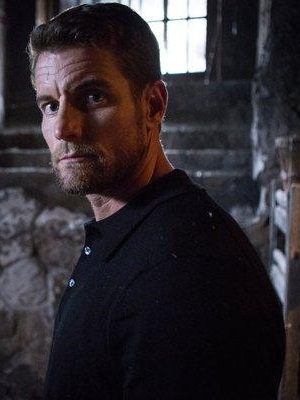 An acquaintance of Renard who murdered Prince Eric Renard by planting a bomb in his car and later murdering Eric's father, King Frederick, by pushing him out of a helicopter. He's more no-nonsense and physical than Sebastien. He's also an agent of Hadrian's Wall, an underground government organization in opposition of the Wesen Uprising of Black Claw in season 5.

A Wesen organization separate from the Seven Houses and Grimms that govern and enforce Wesen law. 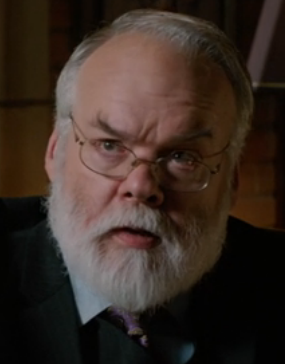 A member of the Wesen Council, who ordinarily gives Alexander his assignments. 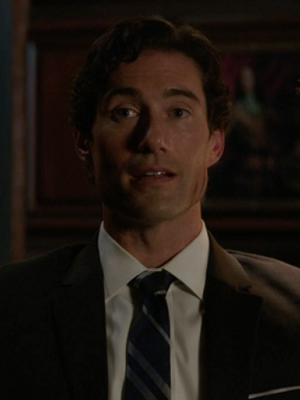 An employee of the Wesen Council, performing assassinations, enforcement, theft, and all sorts of other Dirty Business.

A group of seven powerful families who control the Wesen world from the shadows. For centuries, they've been competing to find the pieces of a map that leads to a powerful and mysterious treasure their former servants, the Grimms, hid away from them after discovering it during the Fourth Crusade.

A Wesen organization that serve the Seven Royal Families as enforcers to maintain order in the Wesen world. 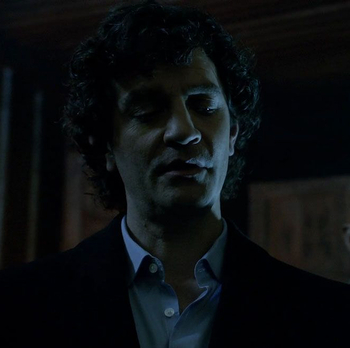 Captain Renard's older half-brother, who is the heir to their Royal House. 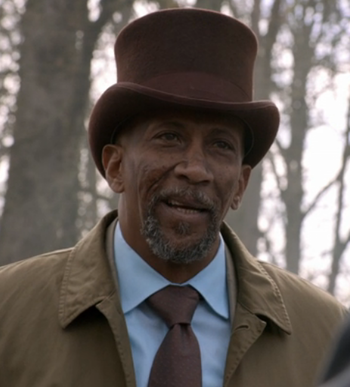 A Cracher-Mortel that first appeared in "The Waking Dead".

Queen of the Schwarzwald Roma, who are aware of the existence of Wesen and the Royals. It is she who Adalind comes to in order to sell her unborn child. Her true intentions remain unclear. 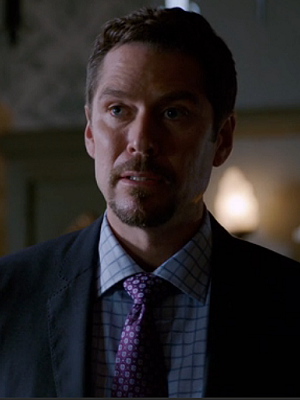 A second cousin to Eric and Sean Renard who comes to take over the family after Eric's death. He is much more proactive and direct in his actions against Sean than Eric was, and takes a particular interest in Adalind's baby.

Another member of the Kronenberg Royal Family, sent to continue Viktor's work in retrieving Diana. He made his first appearance in the Season Four episode, "Heartbreaker." As Viktor was a step up from Eric in his actions, Kenneth is very much a step up from Viktor, in all the most unfortunate ways for the good guys. 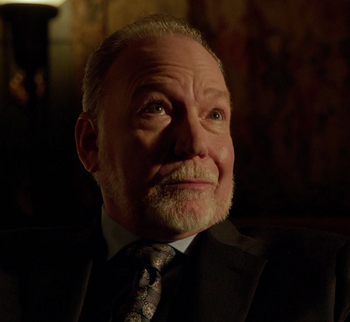 The King of the Kronenberg royal family, father of Sean and Eric, and uncle of Viktor.

The Head of the Verrat whom Prince Viktor installs after the, erm, demise of his predecessor Danilov. He is Prince Viktor's constant companion in the search for Diana until Viktor was sent back to Vienna, after which he serves Kenneth and eventually the King.

An organization devoted to hunting down Grimms due to the actions of less discerning ones against peaceful Wesen. 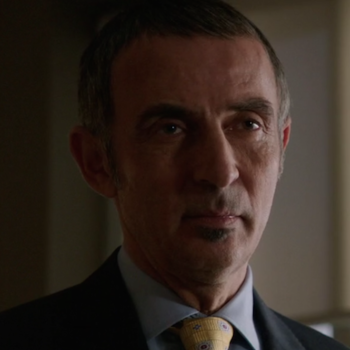 A ruthless Zauberbiest and one of the major bosses of Black Claw, the Wesen Uprising.

A Steinadler who was once engaged to Marie Kessler. He shows up in "Three Coins in a Fuchsbau" seeking the titular coins. 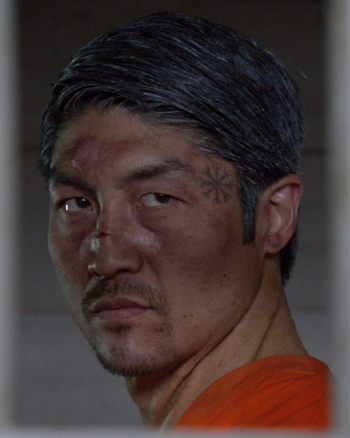 A Schakal hunting for the Coins of Zakynthos at the behest of the the Dragon's Tongue, a Japanese Wesen organization. He is responsible for the death of Nick's parents.

A detective from Albuquerque (and also a Balam) who lost her nephew to the mysterious ‘La Llorona’ and has spent years tracking his killer, before tracing the ‘woman’ to Portland. 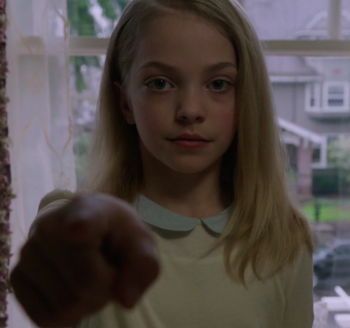 A wesen who is coveted by Royals, Resistance, and Grimms alike. She demonstrated incredible powers even shortly after birth. This is but one reason she is coveted. 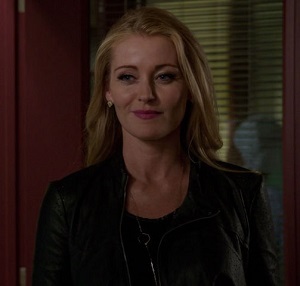 The son of Nick and Adalind; born during the end of Season 5's premiere.
Sergeant Franco
A police officer who works with Nick and Hank.
Dr. Harper
A medical examiner for the Portland PD.
Dr. Bindra
A medical examiner who replaces Harper later in the show.