This is a character page for former main characters of the Grey's Anatomy shows: this means that they left a show on which they were a main character before that show ended. 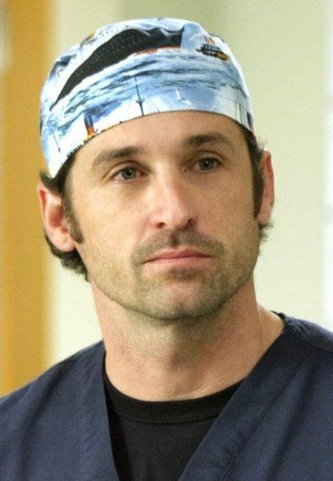 Our first sight of Meredith Grey, in the pilot episode, was of her waking up naked on the couch, realizing she was late for her first day as an intern at Seattle Grace, and shooing her one-night-stand partner out the door. Our first sight of Derek Shepherd, new Seattle Grace hire and God Of Neurosurgery, was when Meredith was assigned to his service and recognized him as her one-night-stand partner. Despite Meredith's concerns over sleeping with her boss, the two entered into a functional relationship... Only to have it disrupted by the arrival of Derek's estranged-but-still-legally-wed ex. And then the second season started and things got really complicated. 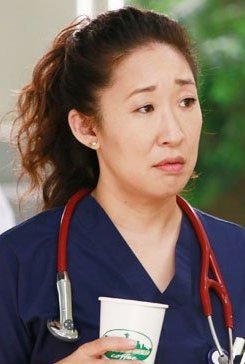 ”I'm laughing, just not externally.”
"Oh, screw beautiful. I'm brilliant. If you want to appease me, compliment my brain. "

Meredith's BFF—or "person," in the show's parlance—Cristina (no H) is an Insufferable Genius whom Meredith nonetheless takes to. Bluntly sarcastic, Married to the Job and unashamedly ambitious, she has chosen to specialize in heart surgery, and is known to jump at the opportunity to do cutting-edge, impressive operations. Sandra Oh won a Best Supporting Actress Golden Globe for the role after the show's first season. 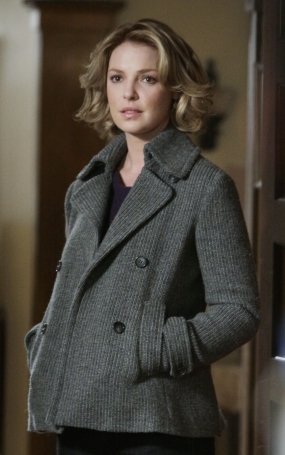 "I feel like I'm moving in slow motion. Like I'm moving in slow motion and everything around me is moving so fast and I just wanna go back to when things were normal. When I wasn't "Poor Izzie" laying on the bathroom floor in her prom dress with her- her dead fiance. But I am. So I can't. And I'm- I'm just stuck. And there is all this pressure cause everyone is hovering around me waiting for me to do something. Or say something, or flip out, or yell and cry some more and I'm happy to play my part."

The Establishing Character Moment for Isobel Stevens came in the fourth episode of the show, after Alex discovered that she modeled lingerie under the stage name "Bethany Whisper" and pasted her pin-ups all over the hospital. Izzie stripped down to her underwear and castigated the other characters for their sexism, pointing out that her modeling career has allowed her to escape the bank-breaking student loans they all have to live with. She then embarked on an ill-fated relationship with heart-transplant patient Denny Duquette, in the process earning the show one of its two acting Emmys. However, Heigl wanted to focus on her family and burgeoning film career, and asked to be written out. 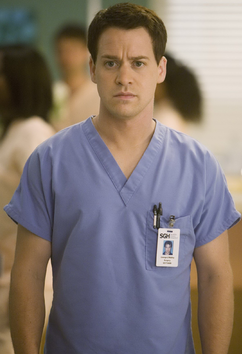 One of the original five interns, George was the token nice guy, nursing a very visible crush on Meredith. He then moved on to Callie but ended up caught between her and and Izzie, failed his intern exams, and struck up a friendship with Lexie after being, essentially, held back a year. Eventually he decided to join the Army as a trauma surgeon and save lives. Which he did. 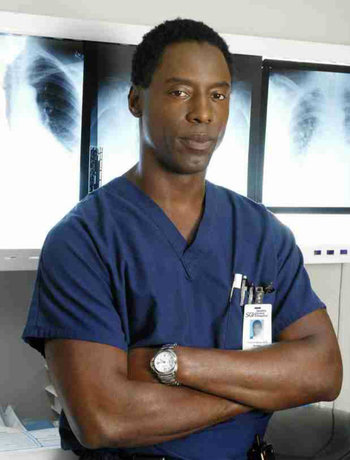 The head of cardiothoracic surgery, Burke was ambitious and sometimes arrogant, with his eye set on succeeding Richard as the Chief of Surgery. He and Cristina started a quirky, intense relationship that would have led to marriage if he hadn't done that "leave your bride at the altar" thing. 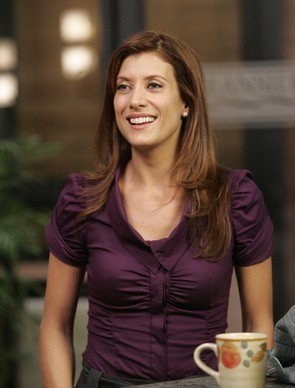 "I perform life-saving surgeries on babies in the womb. I can certainly fix my own sink, and the handyman was backed up for three days."

Addison knows how to make an entrance: her first line was also the last line of Season 1, and a Wham Line: "Hi, I'm Addison Shepherd. And you must be the woman who's been screwing my husband." The story of How She Got Here is gradually explained over the next few years: she and Derek married right out of med school, and she eventually cheated on him with his best friend. Derek walked away without even bothering to file for divorce, and she carried on with the best friend until realizing she still loved her husband and wanted him back. An opening in OB/GYN at Seattle Grace was the perfect opportunity. The Triang Relations continued for some time, and while Meredith won Derek, Addison got a consolation prize: her own Spin-Off, Private Practice, which was set in Los Angeles and ran for six seasons before wrapping up in 2013. 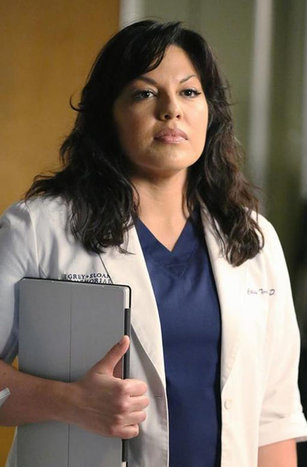 "Should we clear Trauma One to remove the giant bug from Avery's ass?"
"[I am] a superstar with a scalpel! [...] No! Don't say my name. Do not. I am too big a star for you to say my name. I build arms out of nothing, and legs, like God. And when I win the Harper Avery and every other prize there is, you will rue this day, Chief Webber. That's right. I said "rue"."

One of the first new characters to be added to the cast, Dr. Torres first appears in the second season as a Love Interest to George, who at the time had just had a chance to consummate his crush on Meredith—she was having a weak moment, with the end result that it Went Horribly Wrong. Needless to say, Callie looks appealing by contrast. An orthopedics specialist, Callie lives in the basement of Seattle Grace to save on rent and get a jump on awesome overnight surgeries. She frequently acts as a conscience to the other characters. 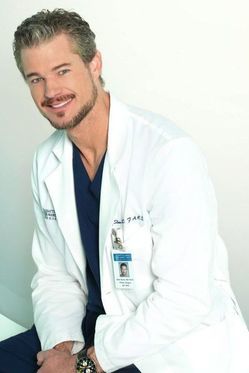 The "McSteamy" to Derek's McDreamy, the two have been close for a very long time; he even served as best man at Derek's wedding to Addison. ...And then was the "best friend" she cheated on Derek with. His presence as a Guest Star in the second season caused quite some strain (Derek punched him), but after he joined Seattle Grace's permanent staff they were able to patch up. This on-and-off-again pattern kind of set the tone for all his other relationships: with Callie, his Platonic Life Partner with whom he had a daughter, Sofia; and with Lexie, his most long-standing romantic entanglement. Mark was written out during the first two episodes of Season Nine, possibly at Dane's behest and possibly because Executive Meddling reduced the show's budget. 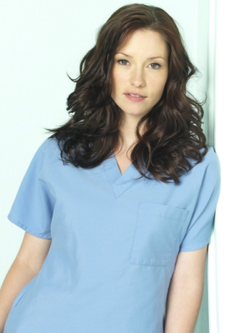 "The problem is we're human. We want more than to just survive. We want love. "

Meredith's half-sister was produced after their mutual father, Thatcher, re-married without telling Ellis. She and Meredith initially had a frosty relationship, due in no small part to Meredith's Parental Abandonment issues, but the two eventually became quite close. Sweet, emotional and featuring a photographic memory, Lexie became something of a Tagalong Kid for the five interns, forming a relationship with Jackson and a crush on George. Her most enduring romantic entanglement, though, was with Mark Sloan. Chyler Leigh, who is kind of Crazy Awesome in real life, eventually decided to move on to other projects, but not before helping to contribute to the Season Eight finale, one of the whammiest Wham Episodes of the series. 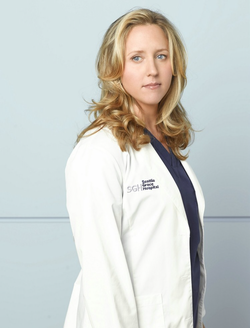 Burke's former rival, and replacement head of Cardiothoracic Surgery, Hahn was a workaholic who ran Cristina ragged, partially because Cristina reminded her of herself. She became romantically involved with Callie before being unceremoniously written out in the middle of Season Five. Members of the press, and Brooke Smith herself, have alleged Executive Meddling and an attempt to "de-gay" the show, though creator and showrunner Shonda Rhimes claims it was the natural end of Hahn's character arc.
Arizona Robbins 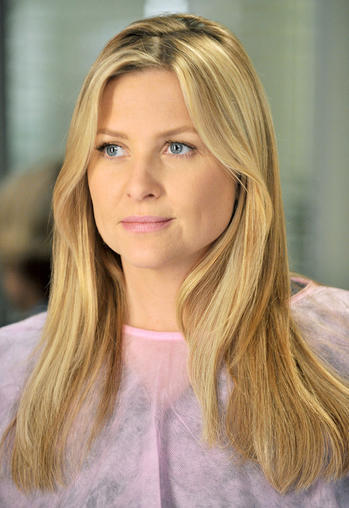 "Don't let the roller skates fool you. Peds is nothing but hardcore."
"This is not general surgery in miniature. These are the tiny humans. These are children. They believe in magic. They play pretend. There is fairy dust in their IV bags. They hope, and they cross their fingers, and they make wishes, and that makes them more resilient than adults. They recover faster, survive worse. They believe."

An attending physician in pediatrics, Arizona was raised in a military family and was named after a battleship. She is The Spock to Callie's McCoy, despite being typically more upbeat and childlike in comparison, and the two have formed a stable marriage together. 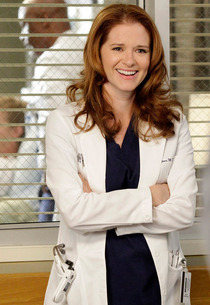 "In trauma, we're concerned with one overriding question. How did this happen? What was the mechanism of injury? How do we see past the mess and confusion of trauma to figure out what the damage actually is? Infinite possibilities put the patient on the table in front of you. Now you have to figure out, will they live? Will you be able to save them or are they a lost cause?"

Another of the newly-introduced residents, April has gone on to be a trauma surgeon. She is principled, hard-working, neurotic and—quite surprisingly for the show—a 28-year-old virgin, by choice. Rhimes created the character as a Designated Monkey to be disliked and fired after two episodes, but changed her mind and kept her around; this might explain the audience's divisive response to the character. 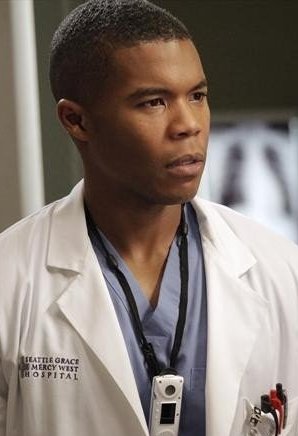 The only male amongst the new five post-plane crash interns, Shane is dead set on getting into the neurosurgery program. Shepherd isn't so sanguine. 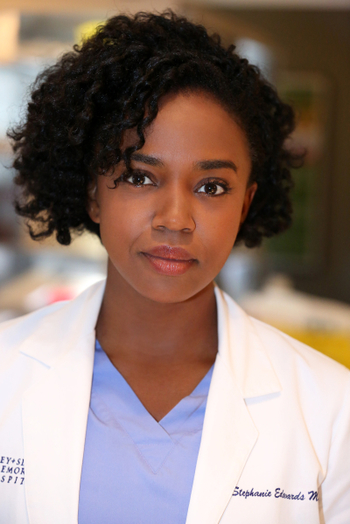 "I've spent my whole life in hospitals. My whole life, and I think I need to see everything that's not in a hospital. I need to travel and explore and hike and breathe, and breathe... and breathe. Breathe real air, so deep, I want to breathe it all in. Away from the monitors, and the blood, and the sterile gowns, away from saving other people's lives. I want my own. It's time I live my own. You changed my life, Dr. Webber. You taught me how to take my past and find my path. Thank you."

The emotional one of the group, she was primarily known for being Jackson's rebound after breaking up with Kepner, then moved on to get her own back story and new boyfriend. 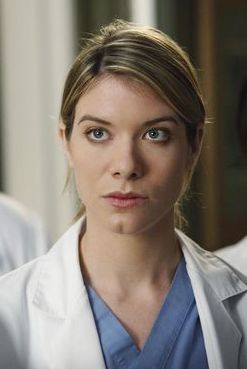 The sarcastic one of the group. She's careful about who she lets her guard down with. 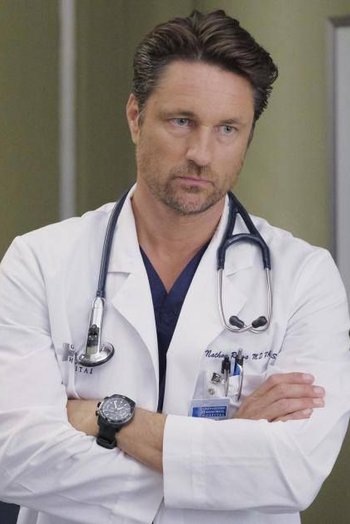 "I promise you can't judge me harsher than I judge myself every day. It's a life sentence, mate."

Cardiothoracic surgeon who worked with April Kepner during her time in Jordan. After bringing a patient to Grey Sloan Memorial Hospital, he got a job working there. Seems to have some Unfinished Business with Owen Hunt. 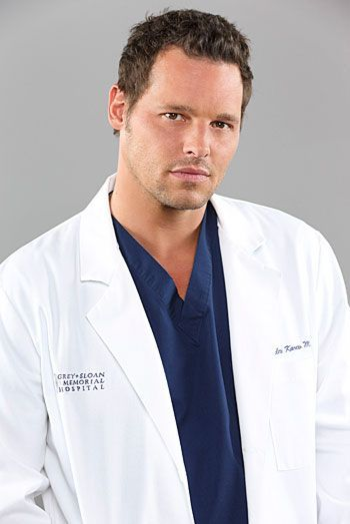 "Surgeons are all messed up. We're butchers, messed-up knife-happy butchers. We cut people up, we move on. Patients die on our watch, we move on. We cause trauma, we suffer trauma. We don't have time to worry about all the blood and death and crap it really makes us feel. Doesn't matter how tough we are, trauma always leaves a scar. It follows us home, it changes our lives, trauma messes everybody up, but maybe that's the point. All the pain and the fear and the crap. Maybe going through all of that is what keeps us moving forward. It's what pushes us. Maybe we have to get a little messed up, before we can step up."

A late addition to the pilot (Chambers had to be stitched in during re-shoots), Alex personifies Troubled, but Cute and benefits from the All Girls Want Bad Boys trope. When not sleeping his way through the interns, he's also a pediatrics specialist, suggesting that his Manchild tendencies are good for something.