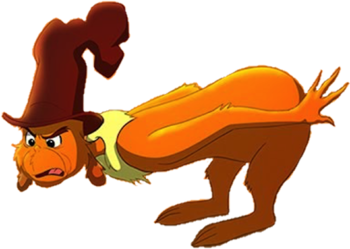 "Every moment I'm with you is a disaster!"
A long-suffering inventor. 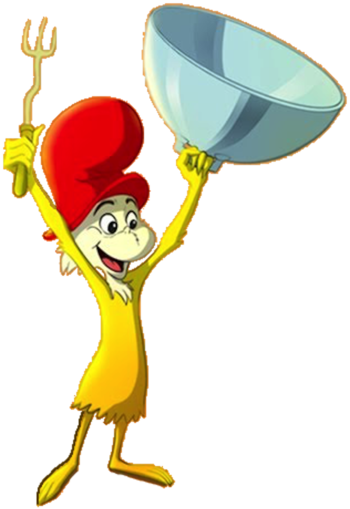 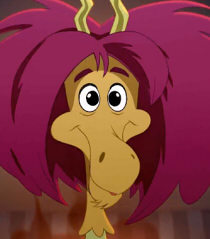 An exotic animal that Sam-I-Am broke out of a zoo.
Michellee
Voiced by: Diane Keaton 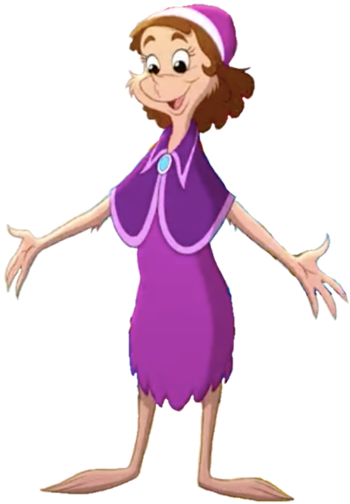 "I'm detecting a hint of whimsy...I'll allow it."
A bean-counter and E.B.'s mother.
E.B.
Voiced by: Ilana Glazer 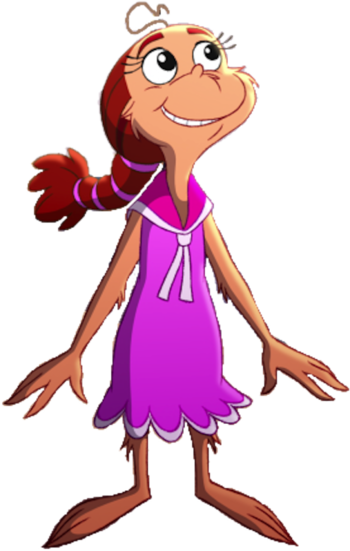 "For a second, I thought we were gonna actually have some fun!"
Ellanabeth, Michellee's adventure-hungry daughter and lover of animals.
The Narrator
Voice of: Keegan-Michael Key 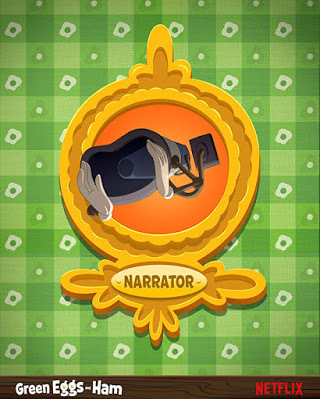 "These people have no idea what I do, this is my craft."

The show's narrator, who chronicles the adventures of Sam and Guy. 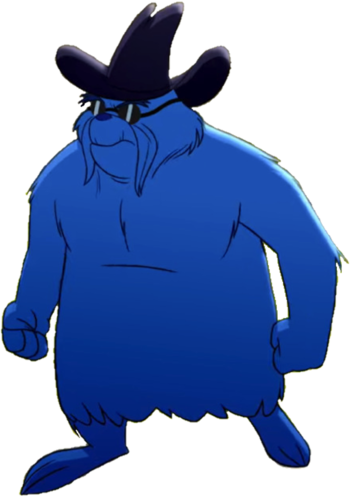 "Gluntz, that was so sugarcoated, I'm gettin' a cavity."
A bounty hunter who's on the verge of retirement working as part of BADGUYS.
Gluntz
Voiced by: Jillian Bell

Voiced by: Billy Eichner
The head behind the BADGUYS firm. 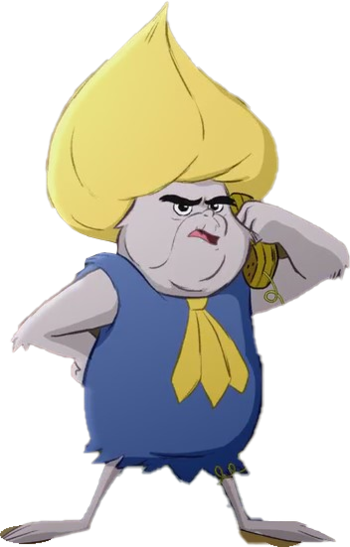 "If you love something, tie it down."
A wealthy collector, who is revealed to have arranged for the Chickeraffe to be stolen and brought to him so he can add it to his collection of imprisoned rare animals.
Yes Man
Voiced by: Fred Tatasciore
Snerz's Sycophantic Servant. 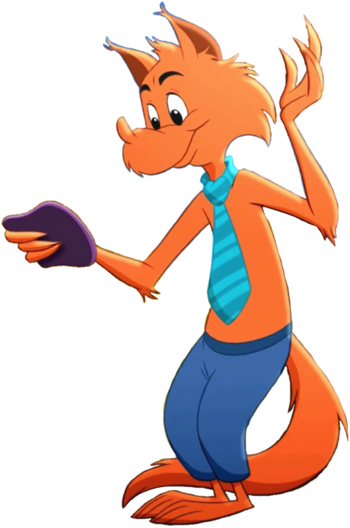 "I am an egg-free warrior."
A farmhand who is torn between his loves of green eggs and a hen.
Squeaky the Mouse
Voiced by: Daveed Diggs 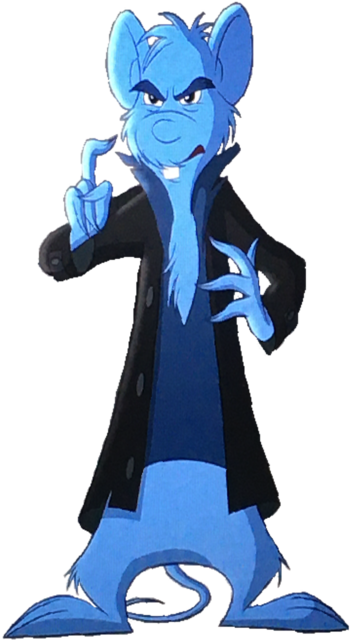 "My only crime was being a husband and a father at a time when there is more hunger than mercy in this world."
A jailed mouse who was arrested for stealing a crumb of cheese for his starving family, with a plotline that is a blatant parody of Les Misérables.
The Goat
Voiced by: John Turturro 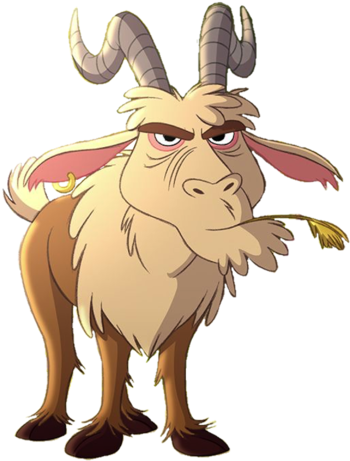