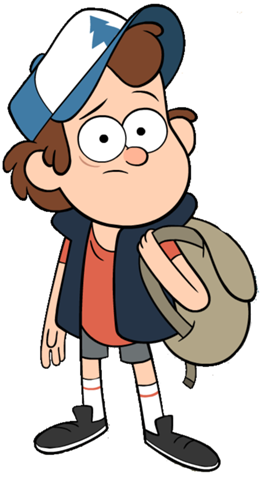 "Yes! Time to show Grunkle Stan how a real mystery hunter does it. Dipper out!"
Voiced by: Jason Ritter

"When life gives you lemons, extract the juice and use it to draw a treasure map in invisible ink. That really works! Seriously!"

Dipper is a curious, clever, inventive 12-year-old. With his (older) twin sister Mabel along for the ride, he dares to uncover the secrets of Gravity Falls.