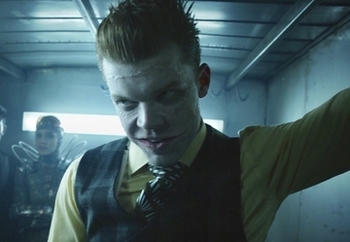 "You ain't seen nothing yet!"
Click here to see Jerome pre-scars 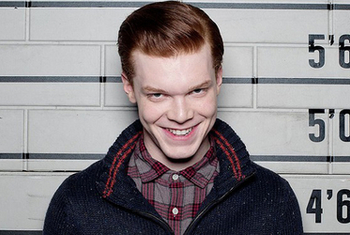 Played By: Cameron Monaghan
"You’re all prisoners. What you call sanity, it’s just a prison in your minds that stops you from seeing that you’re just tiny little cogs in a giant absurd machine. Wake up! Why be a cog? Be free like us. Just remember, smile."

A male teenager who lives in the circus and is responsible for his mother's death. He seems innocent, kind, and timid... until he starts laughing. Following a breakout with other inmates by Theo Galavan, Jerome became the leader of The Maniax, was betrayed and killed by Galavan only to return and create more chaos upon the city of Gotham. 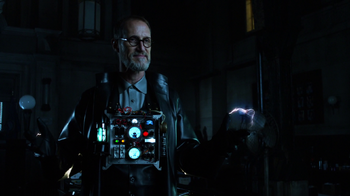 An Arkham inmate on the lam, who uses electric shocks to the brain to condition patients, using them as guinea pigs to perfect the process — with the right amounts, they become his obedient minions that do whatever he says. The Gothamverse version of the Electrocutioner. 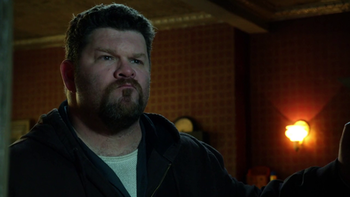 A small-time crook blamed for the Wayne murders. Father of Ivy Pepper. 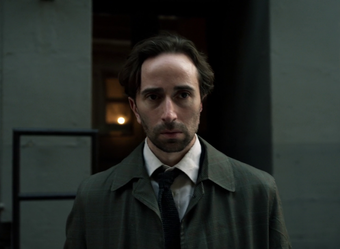 A former employee for Wellzyn, a subsidiary of Wayne Enterprises that deals in biogenics research. After a falling out with Wellzyn over the research Stan is doing for them, he took to the streets to distribute a dangerous drug, Viper, to strangers. His ear is scarred as a result of self-mutilation done at the lab. 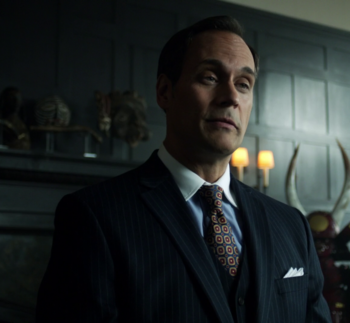 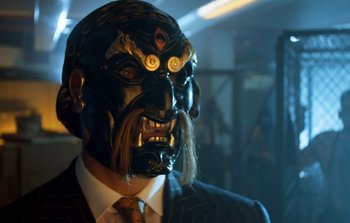 A businessman wearing a black oni mask who makes people fight to the death for a job at his investments firm. 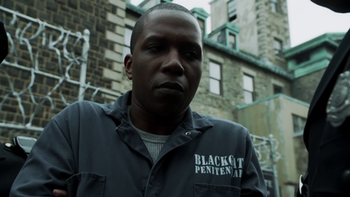 A bomb specialist who was convicted for bombing twelve buildings in Gotham. He's broken out of prison by the late Nikolai's surviving men to make bombs for them as part of Fish's moves against Falcone. 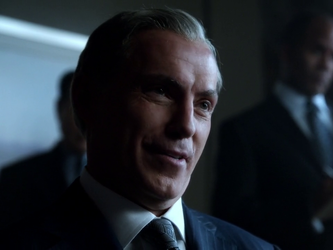 A billionaire and entrepreneur, who had a longstanding feud with Thomas Wayne about Gotham City. 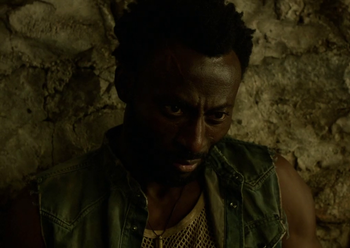 A prisoner in Dullmacher's facility. Rules over the other prisoners. 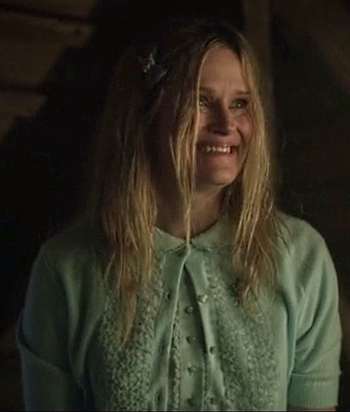 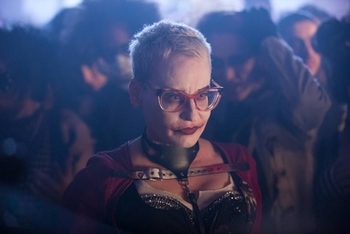 A rock musician to Gotham's criminal underground, and another contender for the future Joker. 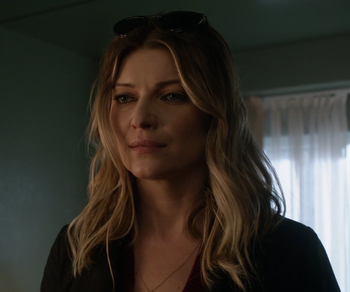 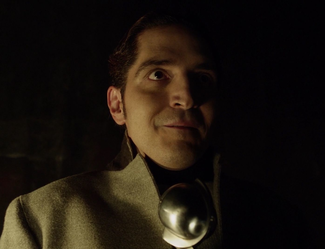 Dwight Pollard is a former Indian Hill employee and part of a movement who are fanatic followers of Jerome Valeska. 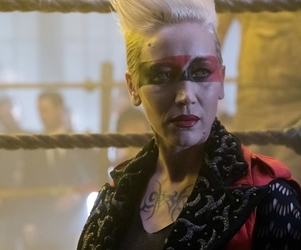 Proprietor of a Narrows Fight Club, who employs Grundy and Nygma after their return. De facto ruler of the Narrows until being killed by Barbara Kean and replaced by Lee Thompkins. 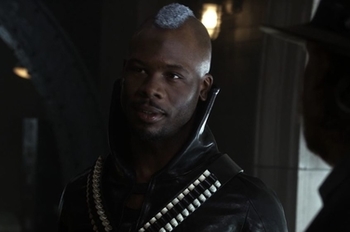 "The second one is my trademark."
Played By: Kyle Vincent Terry

A low-level hitman who is recommended to Penguin by Zsasz as a security consultant during Penguin's Crime Licensing. 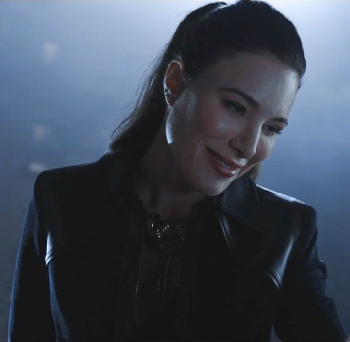 The US Secretary of Homeland Security, as well as Eduardo Dorrance's commanding officer. 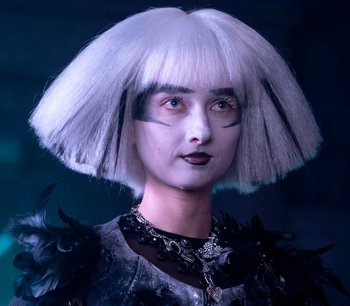 A cunning thief who steals precious treasures and leaves explosive dummy copies in their place. Penguin enlists Selina's help to take her down after she robs his secret treasury.

A brutish cutthroat who took control of the Mutants in Terence Shaw's absence. He and his gang reign in the Dark Zone when Gotham becomes no man's land.