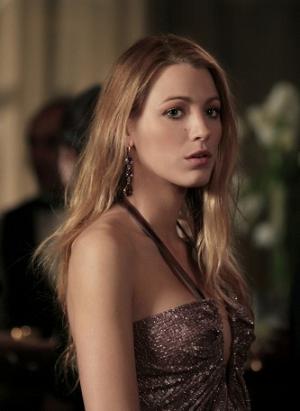 The IT girl of the Upper West Side. Cheerful and carefree, fun and spirited. When the show starts she returns to Manhattan after spending time at a boarding school. 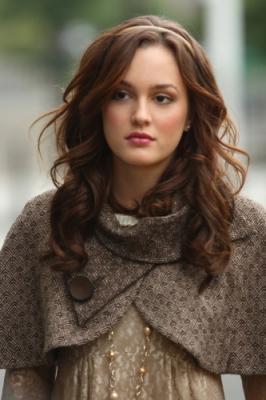 "I am not a stop along the way. I am a destination."

Serena's BFF (and occasional rival). The preppy queen of Constance Billard, always with a crew of minions around her. Ruthless and elitist yet very much a loving friend and girlfriend. Although if you ask Dan Humphrey she's a 95-pound, doe-eyed, bonmot-tossing, label-whoring package of girly evil. 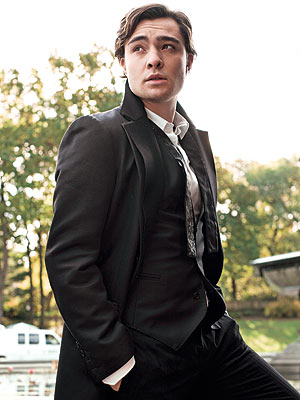 "Dude. I’m Chuck Bass. Even Europeans must know what that means."

Serena's brother (through adoption) and Blair's main love interest. The richest character on the show and also the most ruthless. Spends most of his time brooding in fancy suits while sipping scotch and plotting somebody's downfall. 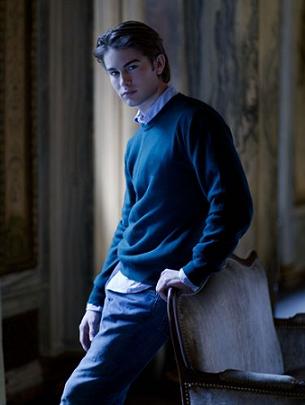 The fourth member of the show's core four (aka the Non-Judging Breakfast Club). Chuck's best friend, Blair's former boyfriend and Serena's occasional love interest. Comes with a large dose of family drama, a fair dose of stupidity and dashing manbangs. 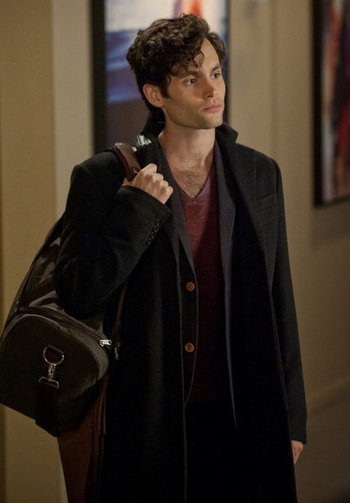 "We don’t have any servants here so if you see anybody else in the loft besides me, call the police. It’s not the chef."
Voiced by: Eduardo Garza (Latin-American Spanish), Daisuke Namikawa (Japanese)

Dan is the Brooklyn boy who falls in love with IT girl Serena van der Woodsen, only to find he doesn't exactly fit well in her world. By and by he becomes more adjusted, but he still thinks the world of the Upper East Side crowd is highly immoral. Dan is an aspiring writer who in the books writes delightfully awful poetry but in the TV series prefers short stories. He's played by Penn Badgley. 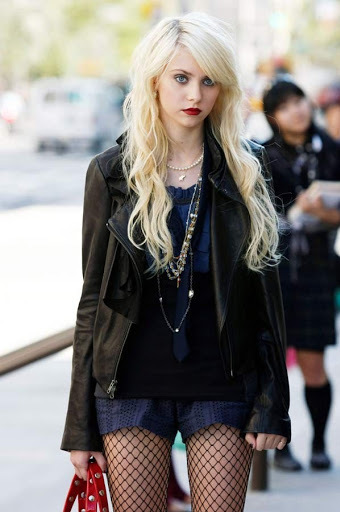 "Don't you read Gossip Girl? Extortion is what I do, all day."
Voiced by: Christine Byrd (Latin-American Spanish), Michiko Komatsu (Japanese)

Dan's younger sister who starts off idolizing Serena and wanting Blair's respect. Her innocence vanishes more and more each season and by now she could probably out-bitch Blair if she wanted to. Jenny's got a talent for designing and loves to make her own clothes.

Disappeared from the main cast when Taylor Momsen decided to leave the show to pursue her music career, but came Back for the Finale.
Lily van der Woodsen/Bass/Humphrey

"If Serena's indiscretions were as PG as Jenny's, I wouldn't have needed the botox."

Biological mother to Serena and Eric, adoptive mother to Chuck, stepmother to Dan and Jenny. Lily was much like her daughter Serena when she was younger, trying to break free from her strict mother's demands. As an adult she has been spending most of her time getting married and getting divorced. She can be very caring and loving when she wants to, but most of the time she's an absent parent.

"I promise to eat caviar without spitting it out in my napkin when we go to dinner at Mayor Bloomberg’s. As long as he knows when he comes to our house he’s eating my chili."

Dan and Jenny's father, and stepfather to Eric, Serena and Chuck. A former rock star (or at least pseudo-star) who had a love affair with Lily in his youth. Years later his son falls in love with Lily's daughter and eventually he and Lily find their way back to one another. Rufus is probably the most attentive parent on the show, although lately it seems he doesn't do much during the day.

"My parents are artists, my sister’s a musician. Just like going to an Ivy is your family’s way, not going to college is mine."

Dan's bohemian BFF and on-and-off crush. Vanessa is a documentary film maker and aspiring script writer who frowns on everything regarding the Upper East Side.

"Jenny, your sweet potatoes are bland."

Serena's little brother, who is often the sole voice of reason. Gone from the show in season five.

"And who am I? That's one secret I'll never tell."

The girl (guy?) who runs the blog the whole series is built around.

"KGB can't get me to talk. Chuck Bass has no chance."

Blair's nanny/maid/sidekick. Dorota is actually a Polish duchess but she moved to America to escape an unhappy marriage and began to work for the Waldorfs. In many ways the real mother figure in Blair's life and the person who does most of Blair's legwork for her.

"You can tell "Jesus", the bitch is back"

A former friend of Serena van der Woodsen and sworn enemy of Blair Waldorf, she is the series' most recurring antagonist.As it turns out during season 5 (major spoiler), she usurped Gossip Girl's identity.

"Blair, you will never be more beautiful or thin or happy than you are right now. I just want you to make the most of it."

The divorced mother of Blair Waldorf and a respected and well-established fashion designer. She loves her daughter, but she is sometimes too caught up in her own professional life to really connect with or understand her.