Characters introduced in the original Goosebumps series, and featured in multiple books:

open/close all folders
#3, 18, 29, 62: Monster Blood and sequels
Note: The main antagonist of these books recurs in the Goosebumps Horrorland series.

The main characters of the first four Monster Blood books. 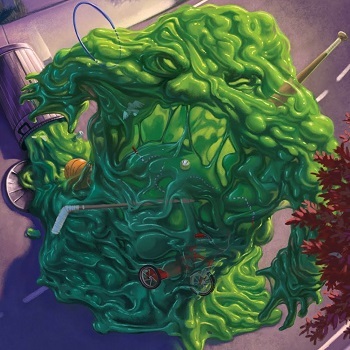 A mass of growing goo and monster of the Monster Blood series.

An incredibly nasty and vicious cat owned by Evan Ross's aunt Kathryn. When Evan has to stay with Kathryn for a few weeks, Sarabeth frequently attacks him. She's actually an evil witch, and she's kept Kathryn has her slave for twenty years. When she couldn't get rid of Evan herself, she made Kathryn enchant the Monster Blood so it would kill him, but she gets killed by her own creation. 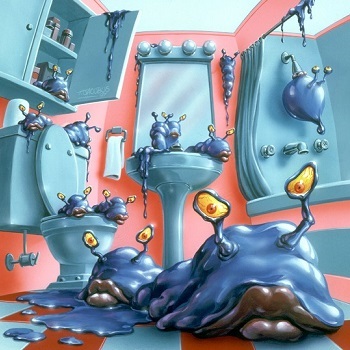 A weird, blue variant of Monster Blood found by Andy in Monster Blood IV. This version of the slime turns into small creatures that consume large amounts of water, and they aren't exactly picky about where they have to get it. After doing so, the creatures drink until they burst and multiple, and as they do so, they become increasingly aggressive. They aren't actually Monster Blood. They were an underwater biological weapon developed by a group of scientists that went bad, and their creator disposed of the experiment's remains in an empty Monster Blood can.

The resident bully and secondary antagonist for most of the Monster Blood series. 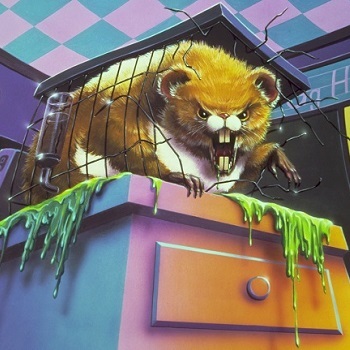 Mr. Murphy's pet hamster, who grows to enormous size and goes on a destructive rampage after eating Monster Blood.

Evan Ross's bratty cousin, a self-described child genius and inventor who uses Evan to test his experiments on when he's not deliberately getting Evan in trouble. First appears in Monster Blood III.

Twin bullies in the first book.

Matt's obnoxious next door neighbor in Monster Blood for Breakfast.

#4, 44: Say Cheese and Die! and sequels
Note: The main antagonist of these books recurs in the Goosebumps Horrorland series.

The main protagonist of Say Cheese and Die! and its sequel. Greg has the unfortunate luck of finding a camera that causes bad things to happen whenever it takes a picture of someone, such as two of his friends being injured, his father almost dying in a car accident, and one friend disappearing completely. 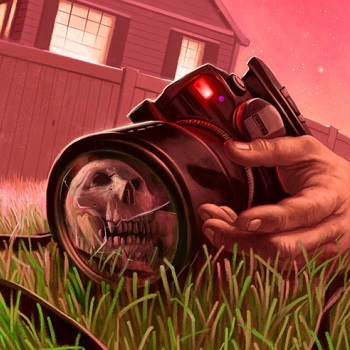 A camera capable of changing the future whenever it takes a picture, but the future it creates is always horrible. The main driving force behind the Say Cheese and Die! books, the camera ends up in the ownership of Greg Banks and later Julie Martin.

A creepy hermit who lives in the Coffman house and the partner of the inventor of the Evil Camera.

Greg Banks' complete asshole of a teacher in Say Cheese And Die - Again! He gives Greg an "F" on his report about the Evil Camera, which is understandable, but doesn't justify his cruel and malicious treatment of Greg afterwards.

The newest owner of the Evil Camera in Say Cheese and Die - Screaming! She bought at a garage sale, but quickly tried to get rid of it after realizing how dangerous it is. Unfortunately, the camera keeps finding its way into Julie's life.

Two Egyptian-American cousins who repeatedly find themselves getting lost in pyramids and mixed up with ancient curses and mummies being brought back to life.

Gabe's uncle, an Egyptian archaeologist who spends his days exploring pyramids. He does serious work, but that doesn't stop him from being a world-class practical joker. 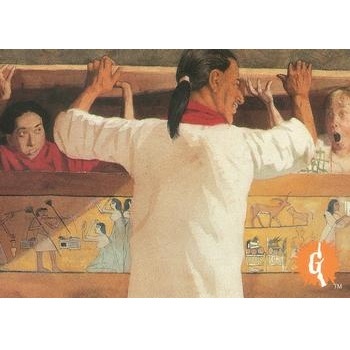 A superstitious scientist who takes ancient curses a little too seriously.

A reporter from the Egyptian newspaper, "The Cairo Sun", Nila befriends Gabe and his family in "Return of The Mummy." In reality, she's actually a thousands year old Egyptian princess who hopes to use the Hassad family as a means to resurrect her brother. A character resembling her appears in a promotional shot for the Goosebumps movie. She's not particularly strong, but the lengths and steps she takes to find her brother are impressive.

The main character of The Haunted Mask, a tormented and meek young girl who acquires a cursed Halloween mask which attempts to take over and turn her into a destructive monster. She has a lesser role in The Haunted Mask II, but returns to prominence in the Goosebumps Horrorland book The Scream of the Haunted Mask.

The primary bully figure in The Haunted Mask. He loves tormenting Carly-Beth Caldwell, but gets a taste of his own medicine when she acquires her evil mask. He's the protagonist of The Haunted Mask II when he finds a mask of his own. In the TV show adaption of the second book, Steve's mask makes him the puppet of Carly-Beth's mask and he has to serve him if he wants his face back.

The owner of a mask shop in The Haunted Mask. Also appears briefly in The Haunted Mask II. He creates masks of living flesh to conceal his own deformities (see All There in the Manual below) but they always become corrupted and ugly, forcing him to keep making new ones. In the Goosebumps TV series, he's played by Canadian actor Colin Fox. 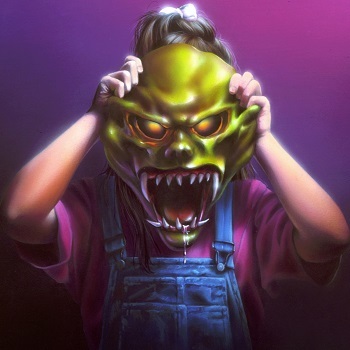 A living Halloween mask, one of several created by a scientist.

The formal name for the masks created by the Shopkeeper. Much like the Haunted Mask, these were created as synthetic faces that sadly became warped and deformed shortly after they were finished. The masks are alive and yearn for someone to wear and want them. Other than the Haunted Mask, the only other masks to be featured were an old man mask worn by Steve Boswell and a purple ghoul mask worn by Steve's friend Chuck.

A powerful ghost haunting a pumpkin farm from the second half of Goosebumps Wanted: The Haunted Mask. The Grave-Master has the power to control the plants that grow on the farm, as the farm was built over an old graveyard. The Grave-Master wants to drive people away from the land so the souls buried under the ground can finally rest.

#16: One Day at Horror Land and sequels

Note: The main characters of these books recur in the Goosebumps Series 2000 and Goosebumps Horrorland series.

Portrayed By: Heather Brown (TV) and Tatum Marie Fjerstad (VG) (Lizzy); Michael Carloz (TV) and Adam Wylie (VG) (Luke)
"I'm the calm one in the Morris family. Everyone says, "Lizzy, you're the calm one."

The main characters of One Day In Horrorland and Return to Horrorland, and the narrators of the Goosebumps Horrorland books Escape From Horrorland and The Streets of Panic Park. Lizzy's family got lost on their trip to Zoo Gardens Amusement Park and discovered Horrorland, where they were almost killed by the Horrors. Ever since, Lizzy and her brother keep getting involved with the Horrors for the sake of stopping their twisted plans. 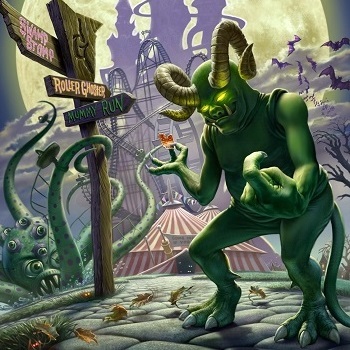 The Horrors are a race of horned monsters who run the deadly theme park Horrorland. They make a sport out of tormenting humans with their dangerous rides, hidden behind jokes and puns to lull their victims into a false sense of security.

#19, 58: Deep Trouble and sequels
Note: The main characters of these books recur in the Goosebumps Horrorland series. 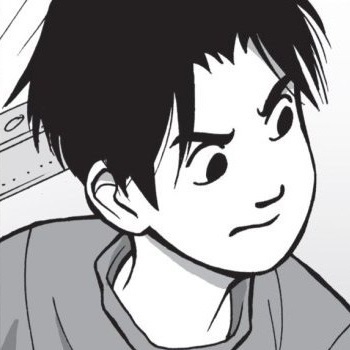 Portrayed By: Tod Fennell (TV), Adam Rich (Audiobook)
"I'd seen sharks at the aquarium, of course. But they were trapped in a glass tank, where they just swam around restlessly, perfectly harmless. Not very exciting. I wanted to spot a shark's fin on the horizon, floating over the water, closer, closer, heading right for us... In other words, I wanted adventure."

The protagonist of Deep Trouble, Deep Trouble II and the Goosebumps HorrorLand book Creep From the Deep''. Billy is a budding undersea explorer on vacation with his uncle, Dr. Deep, and his sister, Sheena. On the trip, he encounters a mermaid who he saves from kidnappers, and later goes on to have many more undersea adventures. 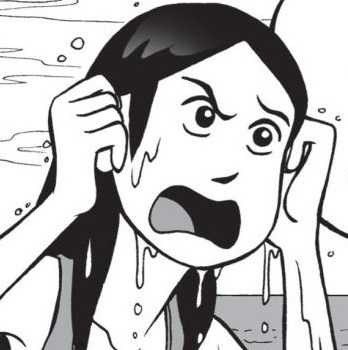 Portrayed By: Laura Vandervoort (TV); Hynden Walch (Audiobook)
"You're snorkeling at six-thirty in the morning, you're exactly where you're not supposed to be!"

The sister to Billy Deep in the Deep Trouble series. She shares Billy's undersea adventures when they visit their uncle. 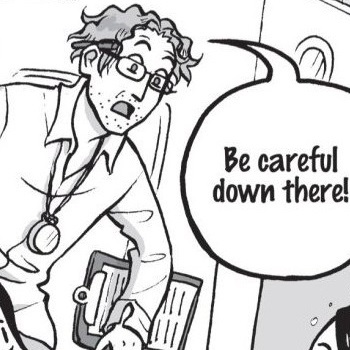 Billy and Sheena's uncle, he's a marine biologist who discovers all sorts of strange phenomena that endanger him, his niece, and nephew. 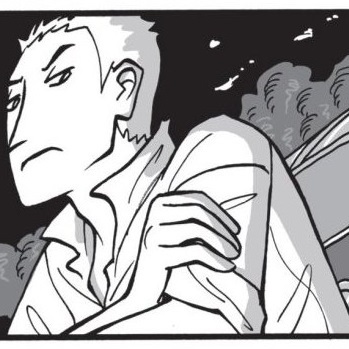 Portrayed By: Tony Pope (Audiobook)
"Your uncle's worked his whole life for a discovery like this. It'd break his heart if you let her go."

Dr. Deep's assistant. A nice guy, but a terrible cook. After his boss captures the mermaid, Alexander decides to steal it for himself and make a fortune. He's last seen under attack by the creature's vengeful family.

#12: Be Careful What You Wish For...
Note: A supporting character from this book recurs in the Goosebumps Horrorland series. 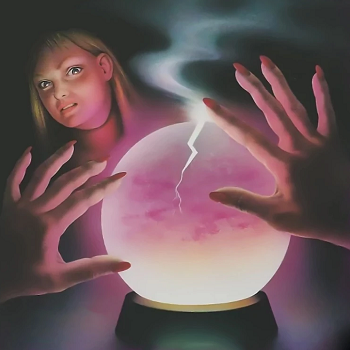 The protagonist of Be Careful What You Wish For. Samantha is a hopelessly clumsy, socially awkward girl who is constantly bullied by her classmates. After an especially bad day at school, she meets Clarissa, a witch who offers her three wishes in exchange for Samantha helping her find her way. 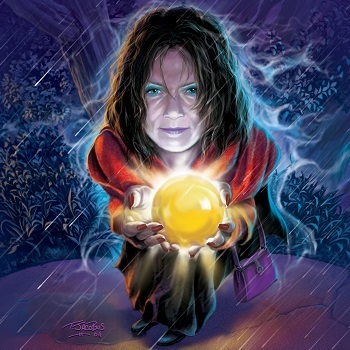 A witch who was helped by Samantha Byrd one day, and as gratitude, offer to grant Samantha three wishes. Unfortunately, because Samantha didn't think them out clearly, and Clarissa's not as skilled at magic as she seems, these wishes tend to backfire badly. She is also the basis of the "Madame Doom" fortunetelling dummy in the Goosebumps Horrorland series. 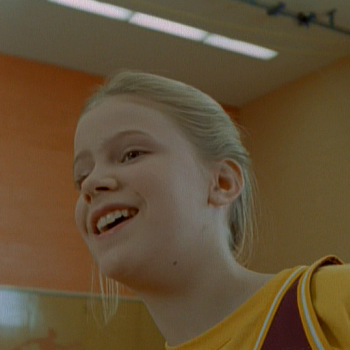 Portrayed By: Susan Cooke (TV)
"Why don't you fly away, Byrd?"

Note: The main characters of these books recur in Give Yourself Goosebumps Special Edition #2: Return to Terror Tower.

Sue and Eddie/Princess Susannah and Prince Edward of York 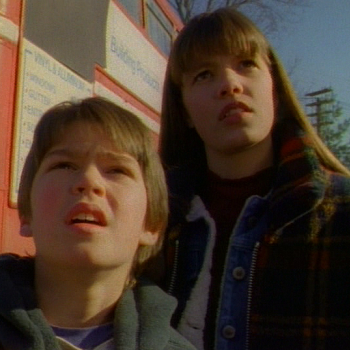 The protagonists of A Night in Terror Tower. A brother and sister who are visiting Terror Tower in England, and quickly find out something groundbreaking about themselves. 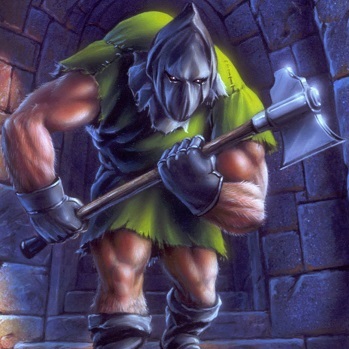 Portrayed By: Robert Collins (TV); Drew Lamkins (Film)
"Did you think I wouldn't follow? Did you really think you could escape from me?"

A nightmare from the Middle ages, this man is a court executioner who will let nothing stand in the way of his victims... not even time and space.

The prince who murdered Sue and Eddie's parents and took over the kingdom. 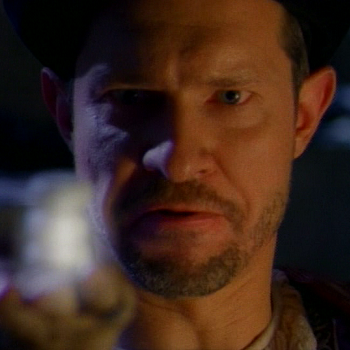 The royal wizard/sorcerer, who tries to protect the prince and princess by sending them into the future. Eventually becomes their official guardian in the future, dubbed "Mr. Morgan".