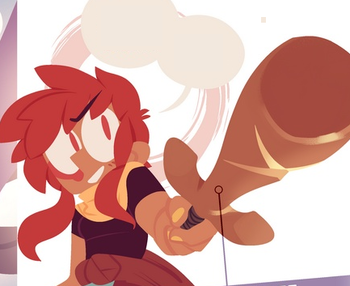 The protagonist of the story. Fenic was unceremoniously dumped in Market Square five years ago by her father, who promised to return one day. Over time, she made friends and grew into an All-Loving Hero, realizing she was a lesbian transgender girl in the process. Fenic is an anomaly in Market Square, as she is the only character who has human ears and no tail. This is because she is one of only three known hybrid of Wilder and Shades, and consequently the long lost princess of Tsul-Aset, kingdom of the Shades.

Her gift takes the form of Pankinesis, an all purpose form of Mind over Matter with a lot of different applications. 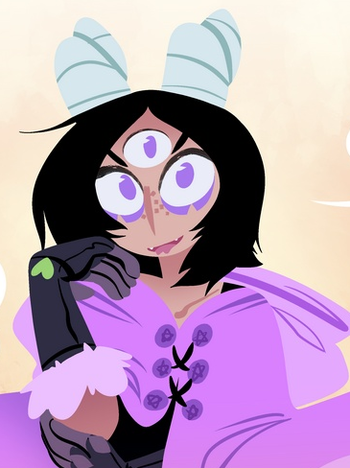 A rogue knight of Tsul-Aset, who has been searching for Fenic to protect her from Tahmonai. Who's also their adoptive parent, making Enae the de facto Princess of Tsul-Aset.

Her gift takes the form of functioning as a Living Lie Detector, termed Aletheia.

Clarissa Strong
A wolf Wilder who has been shown in promotional material and teasers. Chapter 2 marks her official reveal. 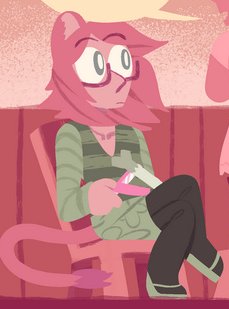 Cute Gay Lion
A lion boy who found Fenic when she was first stranded in Market Square. Over the five year time skip, they became best friends.
Louis 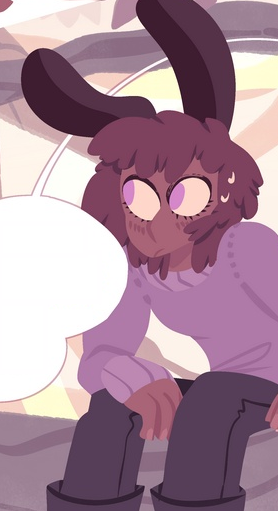 One cool bunny
A bunny guy who is three years older than Leo and Fenic. He runs a restaurant in Market Square called "Lou's Whatever", and lets Fenic and Leo live in his spare room. 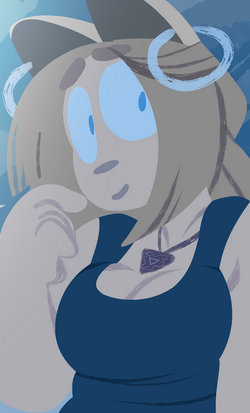 An raccoon woman who is an onion thief turned co-worker of Fenic's. She has a larger role in the supplemental fiction Animal Girlfriends.
Jessica 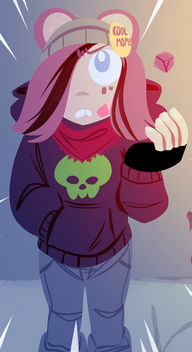 A bear person first seen trying to rob Elly. They later reappear to give Fenic a tip that someone is looking for them.
Elly 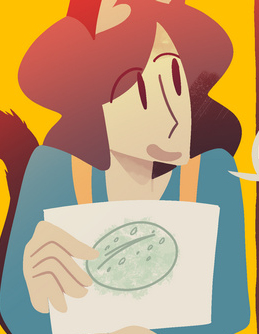 A cat woman who runs a bakery in Market Square. 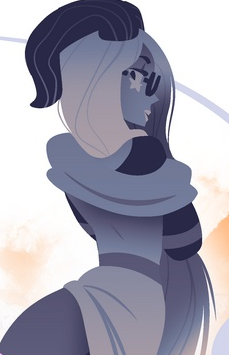 Tahmonai - The Unending, was originally an adviser to the Empress, but assumed the throne of Tsul-Aset after the sole surviving member of the Empress's family vanished. They have ruled as Emperor for 17 centuries.

Their gift is Paint Body, which functions as a stylized form of shapeshifting magic.

Her gift is Healing Cryogenesis, a combination of Healing Hands and An Ice Person. 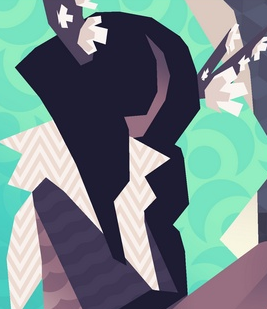 The last Empress of the Shades, who ruled during the height of the Great War. 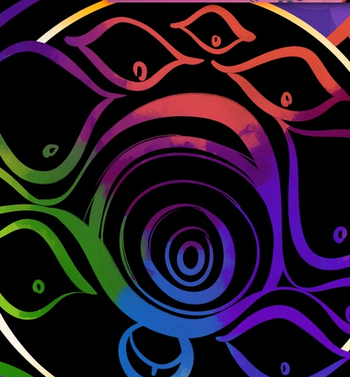 A deity who resides beyond a door in Tsul-Aset and is worshipped by Shades.

Xiaolei
A moth boy with a flair for theatrics and helping people. His introduction makes him seem very similar in personality to Fenic.
BB
A they/them non-binary slimeboy and Xiaolei's partner. 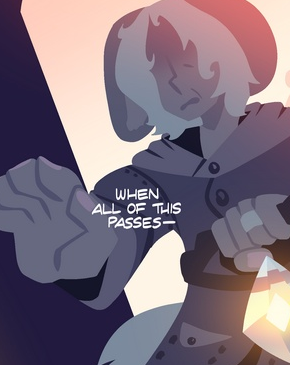 Fenic's adoptive father and the President of Cloudport. Kickstarted the events of the plot after a mysterious group came after Fenic, and stranded her in Market Square. 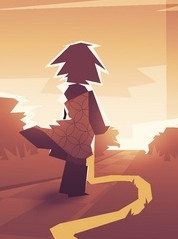 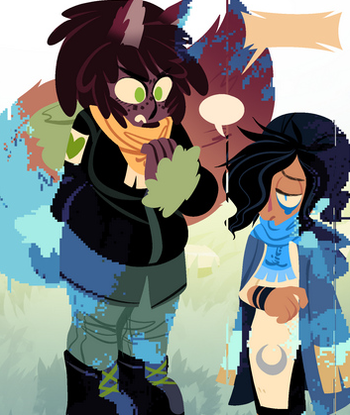 Selin, sister to Fenic, was once an heir to the throne of Tsul-Aset, but was killed over a thousand years ago by Wilder when she refused to defend herself. However, in the modern day, a girl who looks identical to her has also been seen multiple times, including traveling with Clarissa. 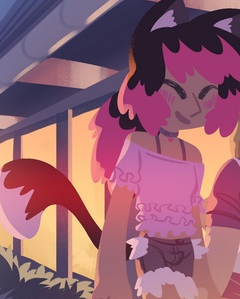 A cat girl who turns up on her best friends' doorstep after being kicked out by her ex-boyfriend after she came out as trans to him. She stays with Fran and Lia, and is eventually accepted into their relationship.
Lia

A jackal girl who lives together with her girlfriend Fran. They accept Isabella into their home, and eventually into their relationship.