Character sheet for Good Omens, the Live-Action Adaptation of the book of the same name. For the tropes applicable to the characters as shown in the source material, see here. 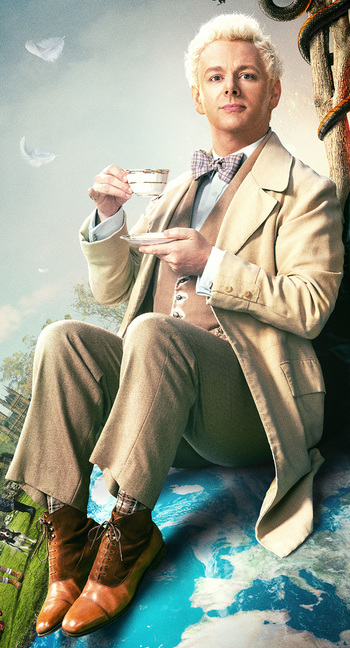 The guardian of the East Gate of the Garden of Eden, and one of Heaven's most successful agents on Earth. Likes books, and small restaurants where they know your name.

The snake who tempted Eve in Eden, and one of Hell's most successful agents on Earth. Likes sunglasses, leather, and cool music. Anything cool, really.

The Creator, the Almighty, the One Above All, the poker dealer who won't tell you the rules and who smiles all the time. Narrates the series. 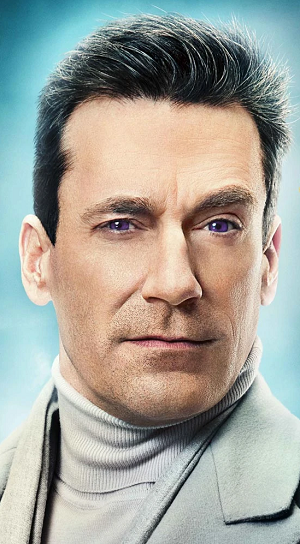 One of Gabriel's flunkies, who is willing to use non-traditional means to get things done.

One of Gabriel's flunkies, and a rather unpleasant angel.

One of Gabriel's flunkies, a stoic and intimidating angel. 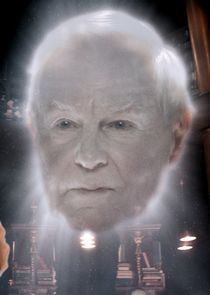 The Voice of God (or at least the guy who takes her calls).

One of the highest-ranking demons in the series. 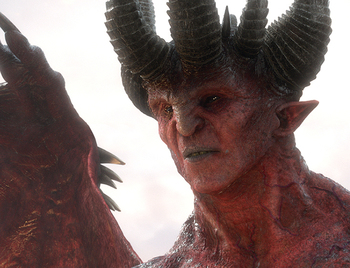 The Lord of Darkness who gets ready for Armageddon by sending his son the Antichrist to earth. 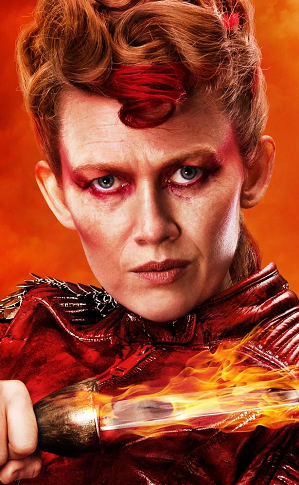 A war correspondent who always seems to get to war zones before the war actually breaks out. 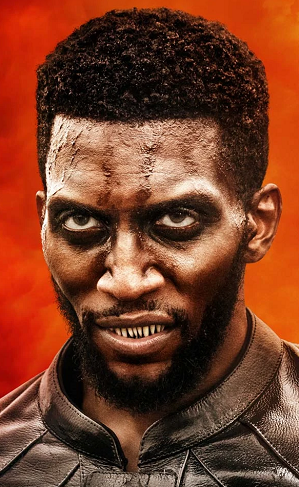 Waiter: "Your main course, madam. Chicken froth on a reduction of broccoli gel with a mushroom foam."
Pollution

A slightly off-putting young person who spends most of their time staring at trash. 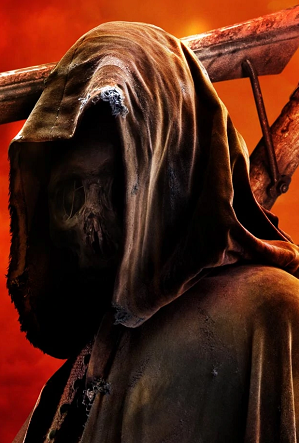 The leader of the Horsemen, the one who everyone meets eventually.

A witch from the 17th century with power to see the future and writer of a book filled with "nice and accurate" predictions about the future... including Armageddon. 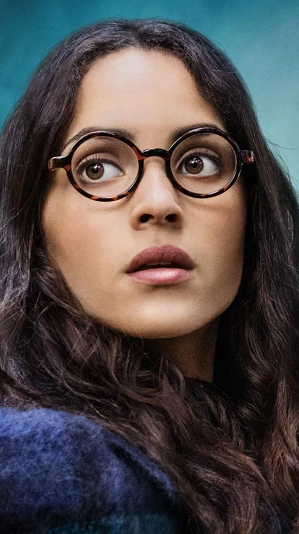 Agnes's many times great-granddaughter. According to the prophecies left behind by Agnes, it is up to her to stop Armageddon. 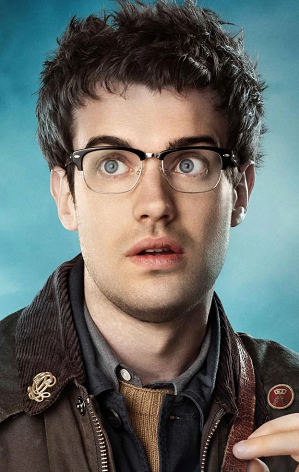 A young man who's very interested in computers, but is unable to get any kind of job that involves them since he essentially fries up any computer he touches. When he can't find a job he eventually goes to Shadwell and is recruited as a witch-hunter. 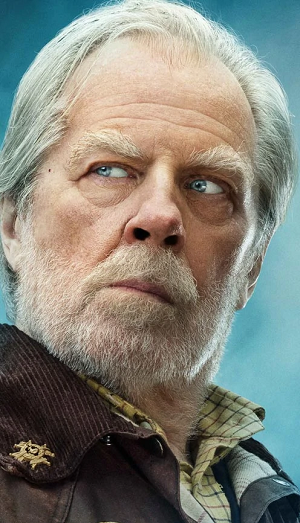 A self-proclaimed witch-hunter who hires Newt. 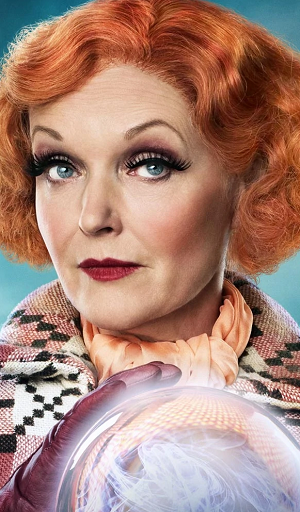 Shadwell's landlady, who's also a part-time spiritual medium and courtesan.

A delivery man for International Express who delivers packages for the Four Horsemen of the Apocalypse.

A normal teenage boy who is mistakenly believed to be the antichrist for the first 11 year of his life. 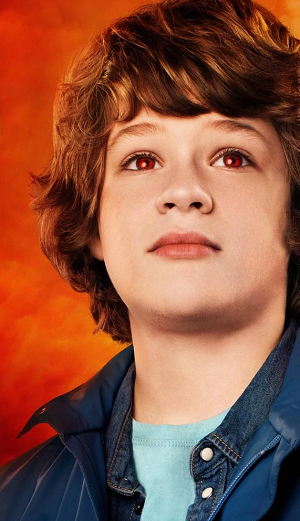 The Adversary, Destroyer of Kings, Angel of the Bottomless Pit, Great Beast that is called Dragon, Prince of This World, Father of Lies, Spawn of Satan, and Lord of Darkness. Also the leader of a small gang of ruffians who go around playing silly games.

One of Adam's friends who is usually eager to go along with her friend's ideas or get into arguments on the things Adam talks about.

A carefree, happy-go-lucky boy who is another one of Adam's friends.

The third of Adam's friends, a smart and unusually serious young boy. His first name is Jeremy, but you could be forgiven for not knowing that.

Played by: Ollie and Milo

A Hellhound gifted to Adam, and the herald of Armageddon. He was supposed to receive a ferocious name that would dictate his role and powers, but Adam instead names him Dog, turning him into, well...