The Broken Seal and The Lost Age's Protagonists 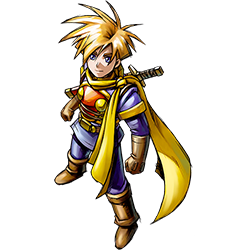 In Dark Dawn, he keeps a cabin observatory which he uses to keep an eye on Mt. Aleph along with Garet, and also as a place to train his son, Matthew. He is greatly concerned over the unrest that has swept Weyard since the restoration of Alchemy, as well as eventual coming of the Mourning Moon, a devastating giant Psynergy Vortex that appears every decade.

Tropes at the onset...

Garet is a Mars Adept and a playable character in Golden Sun and Golden Sun: The Lost Age. He is the one who is tasked to personally accompany his closest friend, Isaac, on the latter's quest and endeavors all throughout the Golden Sun series, but is also a foil for the occasional comedy relief.

In Dark Dawn he joins Isaac in keeping watch over Mt. Aleph while trying to keep his son Tyrell in line. He's simmered down with age, but often gets irritated at Isaac's unflappable personality.

Tropes at the onset... 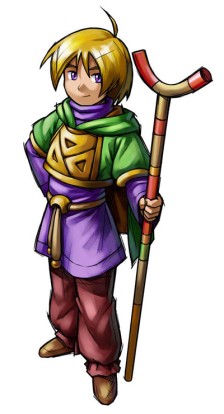 Ivan is a Jupiter Adept and a playable character in Golden Sun and Golden Sun: The Lost Age. As a party member, he is a mage-style Jupiter Adept who has an extremely similar successor in Sheba in the second game.

In Dark Dawn he lives in Kalay, the merchant city of his old caretaker Hammet the merchant. He designed the soarwing glider that allows one to fly using Psynergy. His daughter Karis is a childhood friend of Matthew and Tyrell. 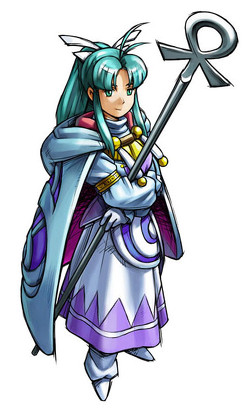 Mia is a Mercury Adept and a playable character in Golden Sun and Golden Sun: The Lost Age. She is the only mage-style Mercury Adept in either game, and is probably the only Adept that can be labeled the "designated healer" to the player's party.

By the time of Dark Dawn, Mia has resumed her duties as Imil's healer. She has allowed her daughter Nowell and her son Rief to study under Kraden as he travels across Angara. 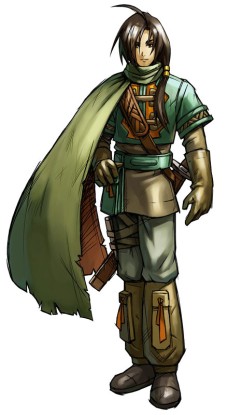 Felix is a Venus Adept, a playable character in Golden Sun: The Lost Age, and a main character in the overall Golden Sun series. He appears in Golden Sun as an NPC in league with the game's band of antagonists opposed to Isaac, but in The Lost Age the perspective of the narrative focuses on him as the main playable character. He is the elder brother of Jenna, and uncle to Matthew (though he's almost certainly never met his nephew).

After the party returned from their quest to light the lighthouses he left on his own, and by the time of Dark Dawn, no one has seen him since. 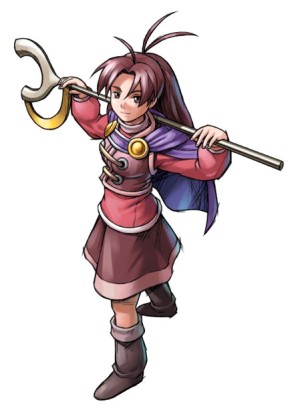 In Dark Dawn she is said to live in Kalay along with other Vale survivors. She is the mother of Matthew, the game's protagonist. 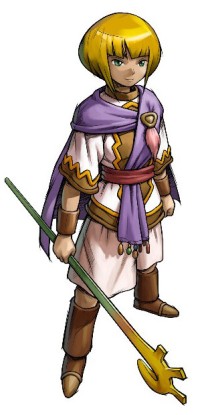 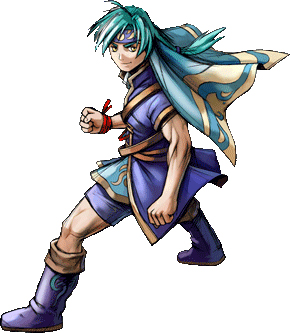 By the time of Dark Dawn he sails around Weyard in his ship and is considered a hero to the seafaring world for sailing the Sea of Time surrounding Lemuria, and is also friends with the Champan pirate Briggs, who ironically was unintentionally responsible for him being imprisoned in The Lost Age. While he never appears to Matthew's party, he is instrumental in helping them obtain a sea-worthy ship.

A young Venus Adept, the son of Isaac and

◊ Jenna, and the main playable character and party leader of Dark Dawn. He lives with his father in a cottage in the Goma Highlands west of Bilibin, which overlooks the ruins of Mt. Aleph, training for the day he's expected to step up and take on his father's mantle. That day comes when his friend Tyrell breaks Ivan's soarwing, and he's sent on a journey that begins with the goal of obtaining the Mountain Roc feather and ends up involving the fate of Angara and Weyard. 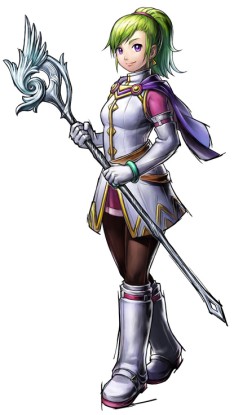 A young Jupiter Adept who is Ivan's daughter and a childhood friend of Matthew's and Tyrell's. She decides to accompany the two on their quest to obtain a Mountain Roc feather. She is strong-willed, reliable, and clever. 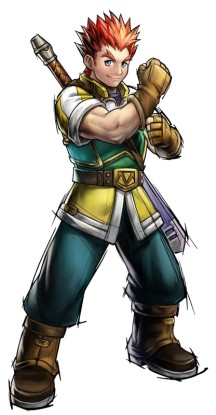 A young Mars Adept who is the son of Garet. Like father, like son; he is a mischievous character, but is loyal and a close friend of Matthew's and Karis's. His making off and subsequently breaking the soarwing glider that Ivan had made becomes the trigger for their quest. 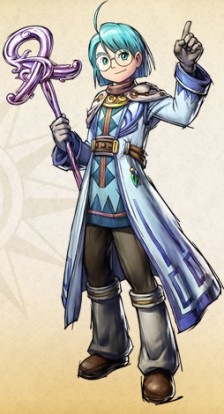 A young Mercury adept who is the younger of Mia's two chidren. Along with his sister, Nowell, he is an apprentice of Kraden, now a traveling Alchemy scholar. He joins the party after being captured by Tuaparang in order to bait Matthew's party south to the Ei-Jei region of Angara.

A Mercury Adept who joins Matthew's party. He is the young prince of the Ayuthay kingdom who is said to have been an immaculate birth on account of his mother's strong Mercury powers. However, his uncle King Paithos reveals that this is not the case, that his father was actually an unknown Mercury Adept of considerable power. 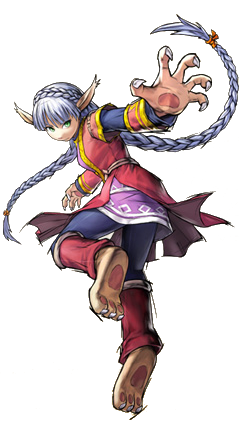 A member of a new race of man-beasts who have evolved since the restoration of Alchemy, Sveta is a Jupiter Adept who joins Matthew's party, her natural animal senses being boosted by the precognitive abilities of the wind element.

As opposed to using blades to attack like Jenna and Karis, she fights with physical punches and kicks. She is the series's first warrior-type Jupiter Adept and the first female warrior of any element.

First appearing as the infant son of the pirate Briggs in The Lost Age, Eoleo is now the prince of the pirate nation Champa and a Mars Adept. He first appears imprisoned by the Belinsk beastmen and sentenced to death, but is freed by Matthew's party. He joins their party after his father's death in the Grave Eclipse, whereupon he swears revenge on those responsible for it.
Himi 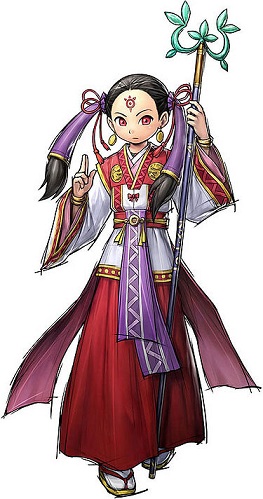 A Venus Adept and the final party member. She is the princess of Yamata, a city on Nihan founded by refugees from the city of Izumo, which was destroyed following the return of Alchemy, and has the power to see into the future. Her parents are Susa and Kushinada, both of whom met Felix's party in The Lost Age, and she also has an unseen older brother named Takeru.