The various characters of Gold Digger.

An elite group of warriors who help keep the peace on the magical realm of Jade. The story mostly involves the Northern Edge-Guard team, many members of which are werecats. 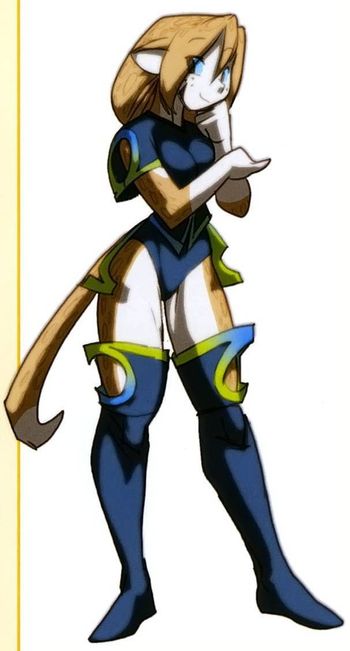 The leader of the Edge-Guard.

A were-cheetah who just happened to show up the day of Brittany's wedding. Was eventually revealed to be a golem created by a romantic rival, who then tried to destroy him for failing to break up Brit and her fiancé. Brianna was able to save a piece that contained his "soul" and, with some help from the villainess Array, eventually gave him a real body. He currently serves in the Northern Edge-Guard.

An Amazon Breeder who was taken with Raphiel. Unfortunately, her attempts to get into his pants eventually resulted in her being cursed.

A were-lioness who trains with Raph and Sheila.

The world's former equivalent to the Justice League or Avengers, the group quit openly superheroing after a costly final battle against their nemesis made them realize his actions (and many lesser threats) were as much vendettas against them as they were about his own ambitions. Restructuring themselves as a Men In Black-like organization, they fight supervillains as anonymously as possible to keep budding bad guys from having a target to fixate on.
Agent M / Miracle
Leader of the Agency and all-around heroic person. Partner of Agent 'Gia (Stryyp).
Xane
The Nubian Avatar of Battle
Barbara "Crush" Duncan 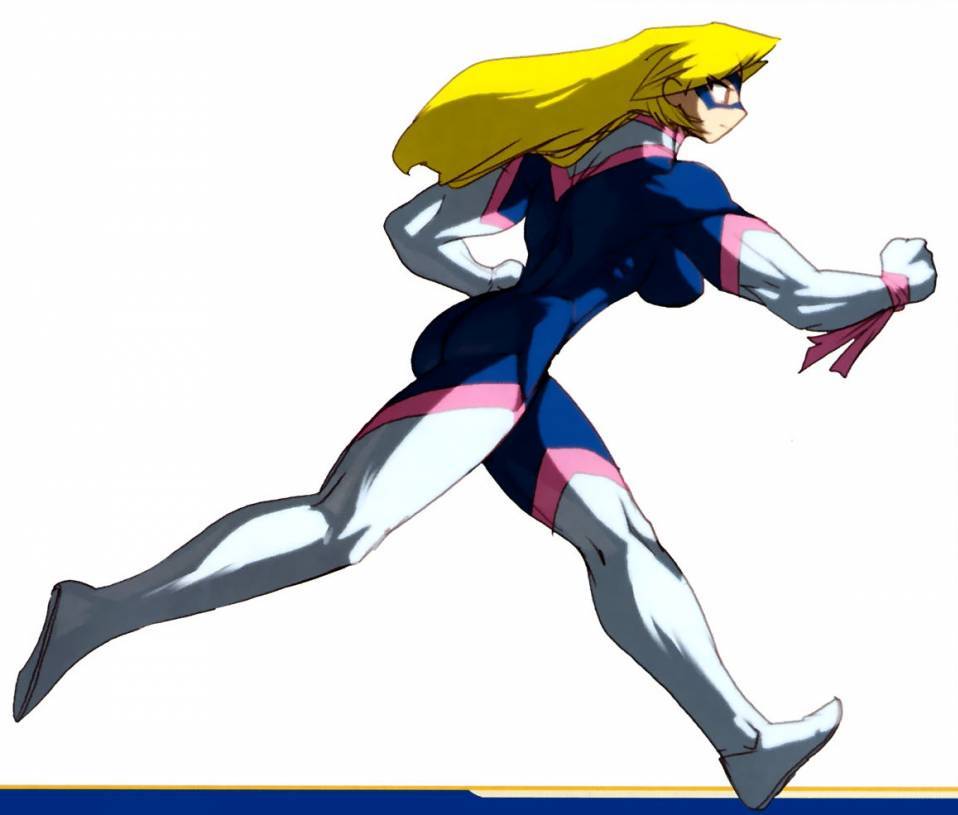 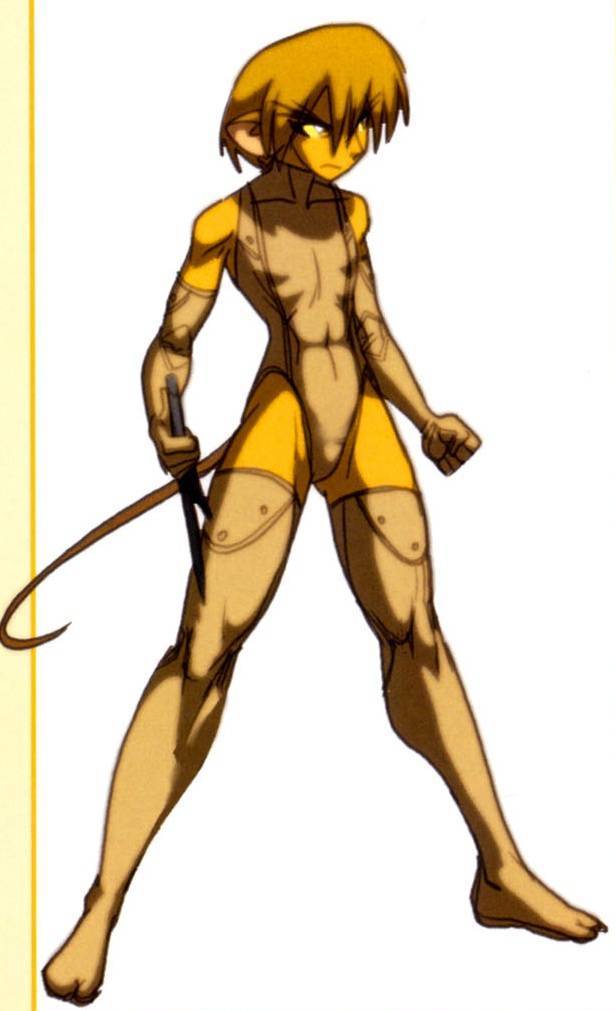 A blonde, waifish were-rat girl with a very headstrong attitude, best known for unleashing streams of profanity when under stress (or just when speaking in general). She is the de facto leader of of the "Mall Rats" and has proven herself to be effective, though at times she can be more bossy than necessary. In the Throne of Shadows special mini-series, Lydia also shows that she'd rather her friends hate her than see them die. She is later revealed to be the daughter of Gothwrain and Sherisha. 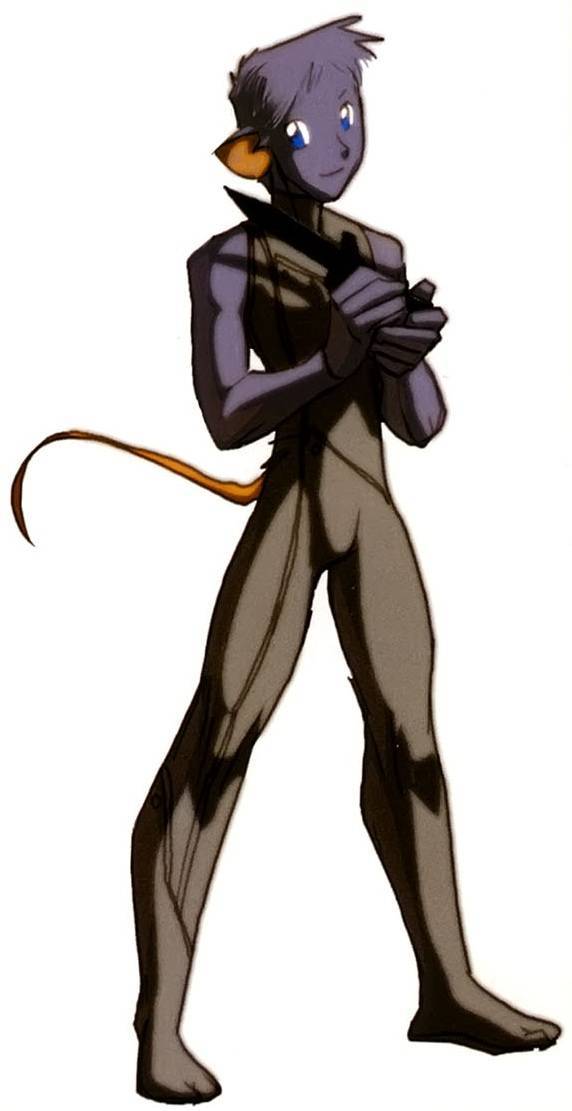 A blue-haired were-rat, Romeo is the only male of the group and seemingly the lowest on the totem pole. (In fact, he's just as good a fighter and assassin as his two friends/lovers; he's simply more willing to take their punishment for the sake of group harmony.) He is overly dramatic in a quasi-Shakespearean manner. While Lydia is the best combat leader, Romeo could be seen as the group's emotional anchor, ever the demonstrative and cautious individual.

The Chick of the Mall Rats, a purple-haired were-rat. She is best known for her very large chest, having some of the most generous proportions in the comic. She speaks in Valley Girl and acts bored in most circumstances. Chosen to be one of Lydia's friends from birth.

One of Gina's archaeology students, a woman who has a supernatural ability to attune and communicate with heroic artifacts. Is implied to be an aspect of Array/Summoner with no knowledge of her origins.• Expy: Of Fred's ''Final Fantasy XI" Mithra character Calcula Mihgo, who is in turn an Expy of Ayumu "Osaka" Kasuga.

One of Gina's students, and the avatar of an ancient Germanic fertility goddess.

One of Gina's students. He has a panic disorder and can see dead people.

One of Gina's students and a paranormal C.S.I. expert. Has a crush on Paul.

One of Gina's students, Alena comes from a tribe of African telekinetics, with her powers only working on plants.

One of Gina's students, and the world's most prolific collector of the strange and weird.

One of Gina's students, and a collector of Greek artifacts, which led him to find the Olympian Venus.

An Olympian Goddess, weakened and bound to the shield of Mars that Paul wields.

One of Gina's students, head of the campus's ghost-hunting club.

One of Gina's students, V'ayt has no memories of his past, and has a mysterious, unremovable collar around his neck. Is actually the dragon Fauntleroy with no memory of his past.
Montgomery / Phyrogoth
Head of the Explorers' Society, martial arts champion, and former dragon.
Crimson Avenger

A superhero who isn't a member of Agency Zero, though not for lack of job offers. Former partner of Britanny when they were both high-school superheroes ("Pink Avenger and the Cheet"). 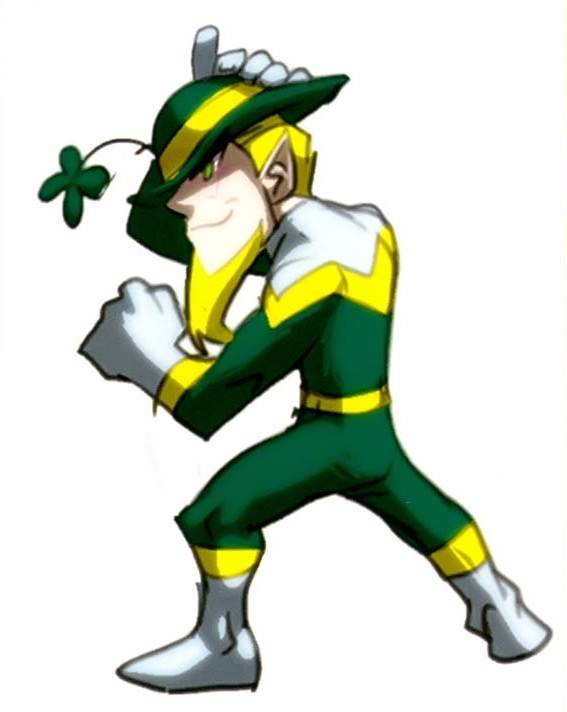 Leader of the Vaultron Force.

A super-genius at genetic engineering, despite having yet to reach puberty. Was one of Gina's Rogues Gallery until he was placed in an advanced class for genius kids. He has since calmed down and befriended Jetta and Thabian's son Pojo.

Ancient Gina
A much older version of Gina who was flung back to before the start of the universe while trying to stop an undead Cosmic Horror from devouring existence. An artificer and the creator of the Time Raft and Positive Infinity, she is currently engaged in a cosmic game of "chess" with her pawn, Dreadwing, over the Infinity Engine, a device that allows its user control over reality.

It was later revealed that Ancient Gina is, in fact, Madrid. However, there have been hints that there may be more than one of her in existence.