A list of characters appearing in the series Godiva's. 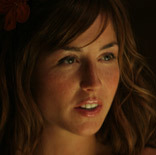 The restaurant's manager. At the beginning of the series, she is engaged to Bruce, but they break up after she cheats on him with their realtor, Lucas. After that, she goes through several brief relationships, and is eventually date-raped by Joe, a man who picks her up at a club. At the same time, she deals with fending off Garth, a property manager who is trying to buy the neighbourhood in which the Godiva's building is situated. 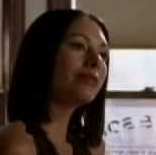 The bartender. She is known for her sarcastic commentary and her wide-ranging knowledge of alcoholic drinks, which she likely gleaned during her period as an alcoholic. She throws out her back in the middle of the series and becomes addicted to her painkillers, but she quickly solves this by seeking acupuncture treatments from Victor. She has a daughter named Chantal, who shows up unexpectedly near the end of the series and ends up running away with T.J. 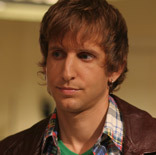 A waiter. He has a fragile relationship with a man named Drew, who is more interested in monogamy than the more promiscuous Cordell. This catches up with Cordell when he fears that he may have contracted HIV. Though primarily a waiter, Cordell becomes the restaurant's sommelier with the instruction of Simone and a wine expert named Telmo, with whom he sleeps one night. 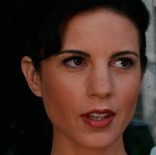 A waitress. She is an aspiring dancer who has trouble finding a role because of her age. She has a one-sided, mostly physical relationship with Ramir at the beginning of the series, later getting together with the more romantic Stick. 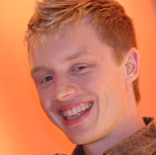 The busboy and the owner's son. He is often immature and rude to the fellow restaurant staff, which may stem from the constant absence of Godiva, his mother. He is sometimes seen with a group of hard-edged classmates — Coulter, Mitchell, and Dani — who at one point almost burn down the restaurant when he lets them in after closing. He eventually becomes a DJ, running a nightclub out of his apartment above the restaurant. At the close of the series, he runs away with Chantal, Simone's daughter — ironically, he had lost his virginity to Simone in a much earlier episode. 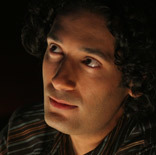 The head chef. He is an East Indian chef who often has to deal with his overbearing parents, who are disappointed with his chosen career path. He is known as a player and has an on-and-off relationship with Jenna throughout the series, though he is more interested in the physical aspects of it than the emotional ones. He becomes engaged to Rajni, the daughter of family friends, who tells him that she is a lesbian. She convinces him to ask for her hand so they can satisfy their parents, but he abruptly leaves her during the middle of their wedding. This leads his father to disown him. 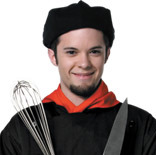 The sous chef. He is Ramir's roommate and frequently has to deal with the "noises" coming from Ramir's bedroom. He shows almost zero interest in women at the beginning of the series and almost resigns himself to Asexuality, though he eventually begins taking hormone treatments, whose side effects cause his budding relationship with a woman named Jane to fail miserably. 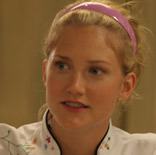 The pastry chef. She is a devout vegetarian and the "peacemaker" of the group. She develops a close friendship with Victor after he begins his medical practice. She begins dating Sam, a local organic farmer, who runs the meditation group she joins after witnessing a harrowing death. His influence causes her to rename herself "Savitri" (Sanskrit for "daughter of the sun") and behave erratically in the kitchen. Daisy is fired from Godiva's after stealing from her co-workers in order to help the meditation group's charity project. After a particularly uncomfortable encounter with a fellow member and pressure from Cordell and Victor, she leaves the group and is allowed to return to her old job at Godiva's. 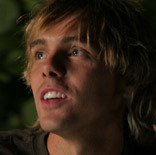 The prep chef. He is considered the slacker of the kitchen crew, often seen with his surfboard at Wreck Beach, or smoking marijuana on the restaurant's loading dock. He comes from a wealthy Vancouver family that he generally tries to avoid, though their social influence helped him get out of jail for dealing drugs. He develops a crush on Jenna while she is having problems with Ramir, and later becomes her boyfriend. 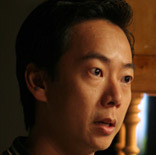 A Chinese doctor who is stuck working as a dishwasher. He has a wife, Su Fei, and a daughter, Anita.

The owner of the restaurant. She hires Kate to manage Godiva's while she travels the world, but never lets the staff forget who is really in charge. She is also T.J.'s mother.

Daisy's boyfriend and meditation group leader and a Godiva's supplier.

The former head chef at Godiva's, who dies in the premiere episode.

A busboy hired to replace T.J.

A property developer with his eye on Godiva's.

A street criminal who gets Kate mixed up in some shady dealings.

A local food expert who begins a relationship with Ramir.