The Jötnar (aka Giants) are a race of powerful beings in Norse mythology, separate from the Gods but in a way- still related (since most living beings share a single origin). Despite the name, not all Jötnar are huge in size, though presumably because many of them could assume a human form. Like the Titans of Greek myths, they represent a primordial force of nature, but as the reader may find out, they are quite different and unique in several aspects.

open/close all folders
In General
Ymir 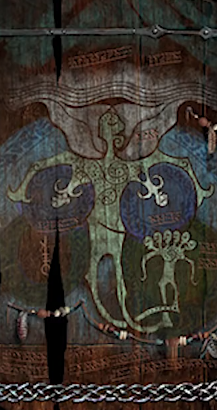 The creator of nearly everything in the Norse universe and progenitor of all its living creatures. He ruled over all of his creations until he was usurped and killed by his son, Odin. Although he hasn't been alive for hundreds of years, much of the conflicts in the present can be traced back to his death. 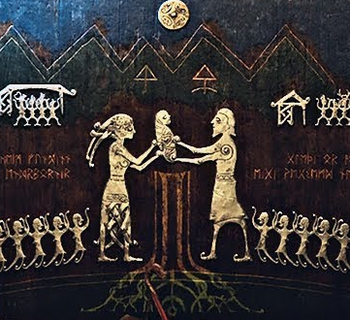 The forefather of all the Giants in Jötunheim. 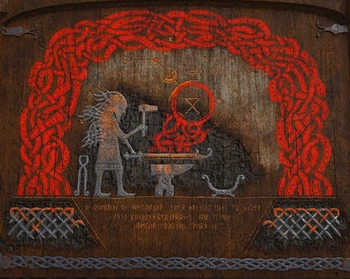 The first fire giant to be born, who is the ruler of Muspelheim and his kind. He is foretold as being a major figure during the events of Ragnarök; carrying his bright sword, he will go to battle against the Aesir, and the major god Freyr of the Vanir. Afterward, the flames that he brings forth will engulf the Earth. 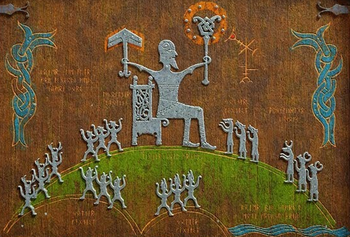 A Jötunn King that once stole Thor's hammer. 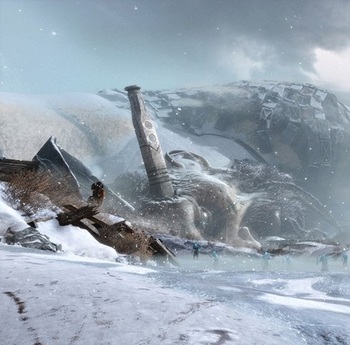 A Jötunn stonemason who attempted to build a wall around Jötunheim as a way to protect his people from Thor during the war between Frost giants and Aesir gods before his death.

Hrimthur before and after he ran away.

Son of Thamur. He is responsible for finishing the Great Walls of Jötunheim and for rebuilding Asgard's walls, the latter which he likely embedded with a weakness only known to him and Freya that could be exploited when Ragnarök begins. 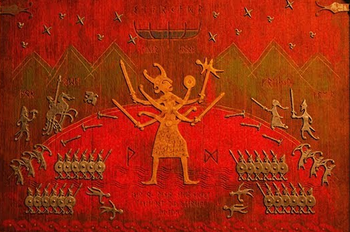 An eight-armed swordsman and the strongest of the Frost Giants. He was slandered by the Aesir and was subsequently subdued by the combined armies of Asgard, Vanaheim, and Midgard. After he surrendered, he was murdered by Thor. 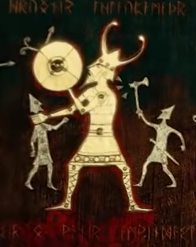 A Stone Giant. He was invited to the Halls of Asgard by the Allfather, but was eventually killed by Thor.

Father of Skaði, a Jötunn that could shape-shift into any animal.

Mother of Thor and one of Odin's great loves. 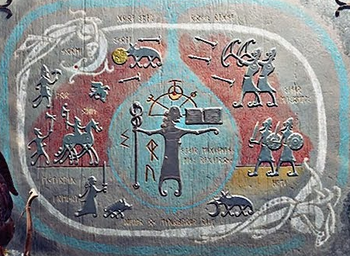 Wife of Aurvandil and a gifted Seiðr.

Husband of Gróa and a renown warrior. 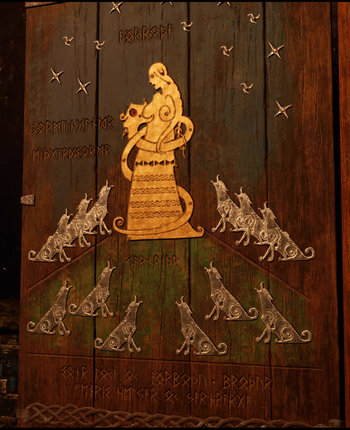 Loki's future wife and the mother of his brood, her current status and whereabouts are unknown.

A female Jötunn, who ran away from her people and died.