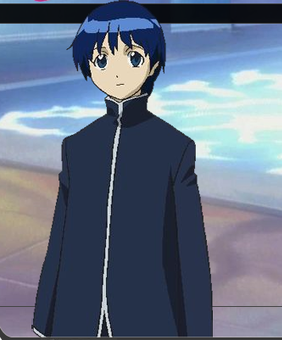 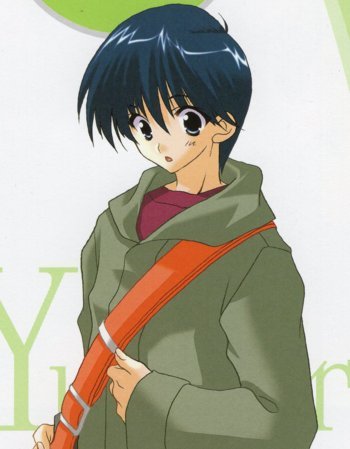 to see Yukinari's manga appearance
Voiced by: Mamiko Noto (Japanese), Yuri Lowenthal (English)
The protagonist of the series, who suffers an allergic reaction when coming into contact with girls due to being bullied by them all his life. One day, after he is kicked into his bathtub by Kirie Kojima, his next door neighbor, he is transported to the alien world of Seiren, a planet where men comprise less than 10% of the population. He meets Miharu, a girl who does no trigger his allergy, and is followed back to Earth by her. 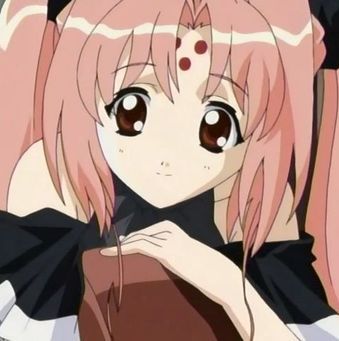 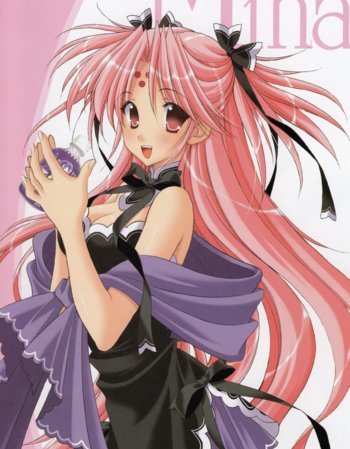 to see Miharu's manga appearance
Voiced by: Ayako Kawasumi (Japanese), Michelle Ruff (English)
Miharu is the main heroine of the series. She a resident of Seiren who pulls Yukinari Sasaki to Seiren and follows him back to Earth to live with him, and the only woman who can touch Yukinari without triggering his allergy. She is very cheerful and always curious about Earth.
Kirie Kojima 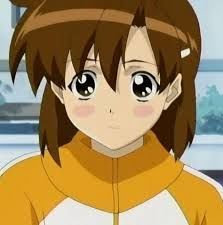 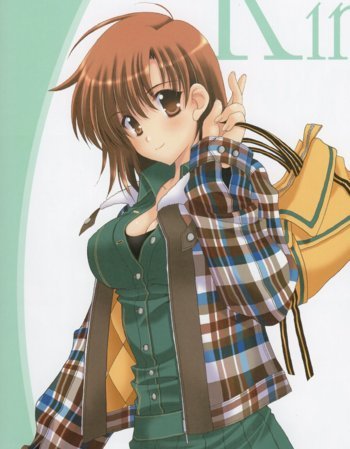 to see Kirie's manga appearance
Voiced by: Chiwa Saito (Japanese), Stephanie Sheh (credited as Lulu Chiang) (English)
Yukinari's next door neighbor, classmate, and childhood friend who takes care of him from time to time since. She is especially well-endowed, which makes her a natural target for Fukuyama's perversions. However, due to her physical aptitude and martial-arts abilities, she always defeats him. She regularly beats up Yukinari Sasaki for his bad luck. 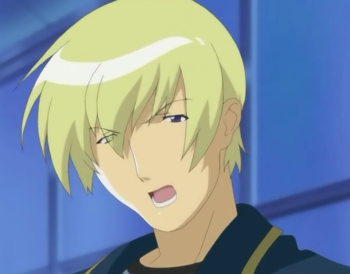 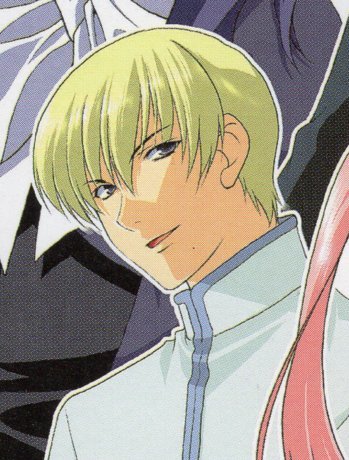 to see Fukuyama's manga appearance
Voiced by: Ryotaro Okiayu (Japanese), Liam O'Brien (English)
A rich, powerful, and perverted classmate of Yukinari and Kirie who serves as the antagonist for most of the series. He is always thinking up plans to ogle pretty girls, especially Kirie (whom he is smitten with), and has a rivalry with Yukinari.
Lisa Fukuyama 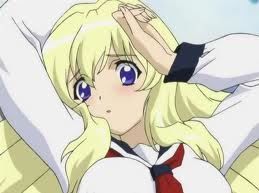 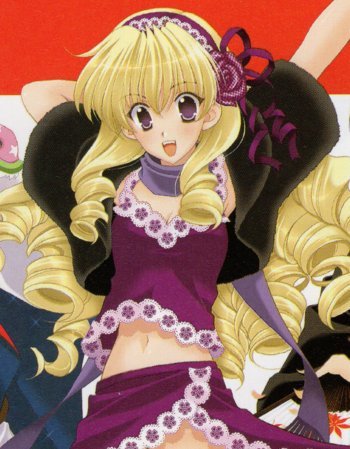 Voiced by: Takanori Hoshino (Japanese), Patrick Seitz (English)
One of Lisa's attendants. While he only makes a handful of appearances in the manga, Hayate in the anime forms a strong rivalry/friendship with Tomoka, and the two occasionally battle one another in friendly duels. Hayate is a very calm, loyal, and serious individual who will go to great lengths for his mistress.
Kosame 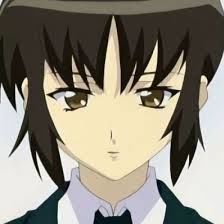 Voiced by: Nozomi Masu (Japanese), Zarah Little (English)
One of Lisa's attendants. She is sexually obsessed with Kirie, and often tries to molest her, but is otherwise a stoic figure and frequently uses her gun to either pry information out of others or to force them into doing her bidding.
Lilica Stacy 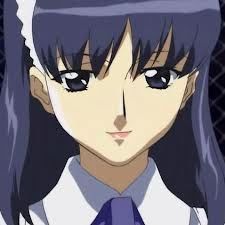 Voiced By: Natsuko Kuwatani (Japanese), Tricia Dickson (English)
The head maid of the Fukuyamas. She is stoic and polite, even when Kirie destroys some expensive equipment. However, she shows shock when Kirie and Yukinari introduce themselves as Fukuyama's friends. She is highly intelligent and is sometimes seen with a laptop which operates mechanical devices within the Fukuyama mansion. 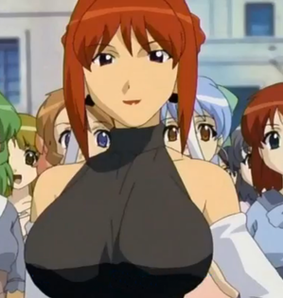 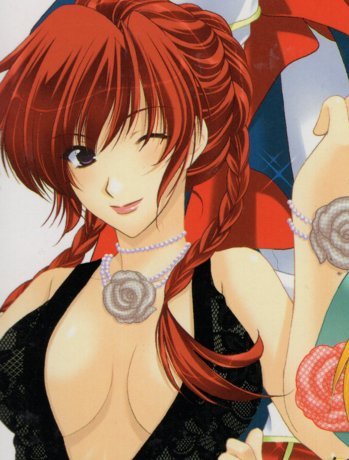 to see Maharu's manga appearance
Voiced By: Sayaka Ohara (Japanese), Megan Hollingshead (English)
Miharu's older sister. She is very determined and will not hesitate to use violence to get her way. Although initially jealous of Miharu's relationship with Yukinari Sasaki, she eventually gives them her blessing. Much to Yukinari's dismay, that does not stop her from flirting and fondling him whenever she gets a chance.
Koyomi Hare Nanaka 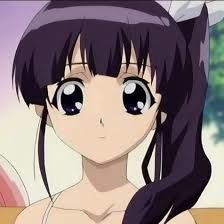 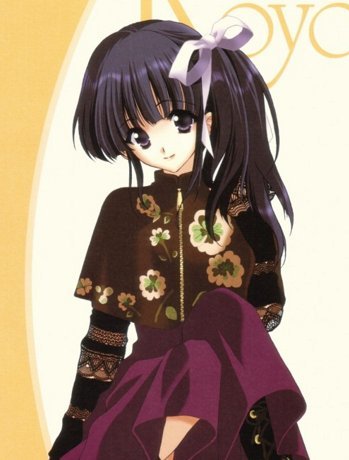 to see Koyomi's manga appearance
Voiced By: Masayo Kurata (Japanese) Carrie Savage (English)
A resident of Seiren with a fear of men, not helped by being a frequent target of the perverted Fukuyama. Originally sent to Earth on a mission from the Space Travel Agency to 'retrieve' Miharu, she later moves into Yukinari's house, along with her companion Tomoka, on a prolonged mission to find a husband for Miharu's sister Maharu.
Tomoka Lana Jude 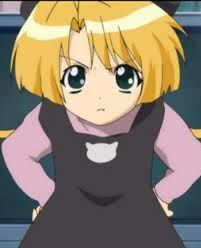 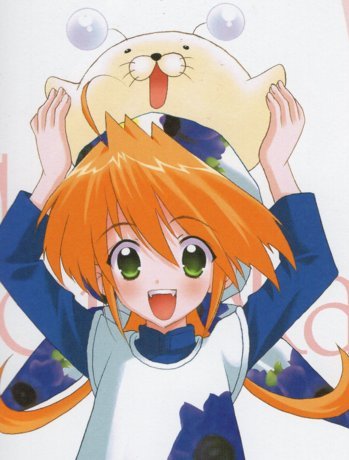 to see Tomoka's manga appearance
Voiced By: Ayaka Saitou (Japanese), J-Ray Hochfield (English)
A resident of Seiren who is sent to aid Koyomi in finding Miharu's older sister, Maharu, a groom after her less than productive efforts. Although a child, Tomoka deeply resents being treated as one and insists that she is as mature as anyone else, despite frequent actions by her which prove otherwise. She gets along fairly well with Fukuyama, to the point of harboring a crush on him.
Hijiri Kanata 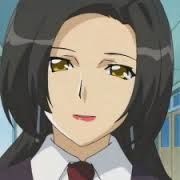 Voiced By: Aya Hisakawa (Japanese)
A strict guidance counselor who joins Yukinari's high school. In the anime, she serves as a subordinate for Yukina, whose mission is to observe and eventually kidnap Miharu. Hijiri had been obsessed with Miharu since they were both children, and Yukina promises to give Miharu to her in exchange for helping her achieve her goals.
Yukina 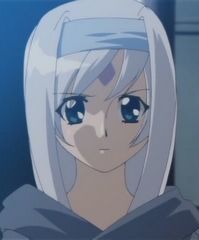 Voiced By: Sakura Nogawa (Japanese), Elise Baughman (English)
The anime-exclusive final antagonist. She is the ruthless leader of the Space Management Bureau's Special Forces Division in Seiren, who also has the power of Seikon. Because of her slight build and Seikon markings covering her body, Yukina felt that no man would ever love her and developed a condition that causes her to break out in hives upon contact with men. Her illness and anti-masculine prejudices are what cause Yukina to decide that if she cannot be loved by men then no one in Seiren can.

Eventually, Yukina has her subordinate Hijiri send Miharu back to Seiren to permanently seal the gateway to Earth using her power, making Seiren a "woman-only paradise". 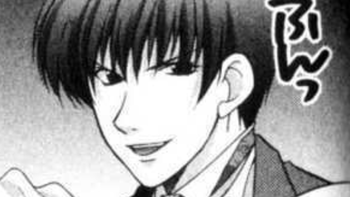 The manga-exclusive final antagonist. He is a man on Seiren who runs the Space-Time Management. He wants to marry many Seiren women, and tries to marry Miharu by kidnapping her, prompting Yukinari to rescue her. 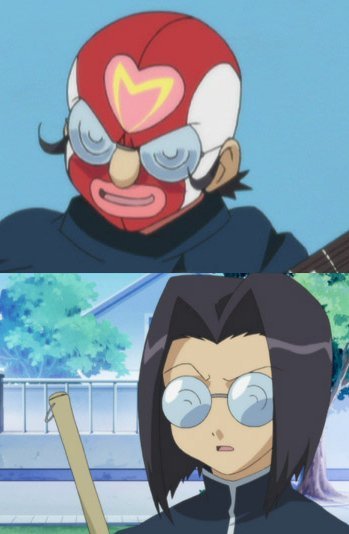 A obsessive student at Yukinari's school who poses as a masked superhero to protect the school and the town from untidiness. Unfortunately (or perhaps fortunately), he's his own worst enemy.