Ghost is unique in that they have a fairly extensive lore behind their music, which focuses on a number of unique characters.

open/close all folders
Papa Emeritus
The singer of the band, and the public "face" of the Church. Prior to 2018, three Papas Emeritus led Ghost: Papa I for Opus Eponymous, Papa II for Infestissumam and the If You Have Ghost EP, and Papa III for Meliora and the Popestar EP. 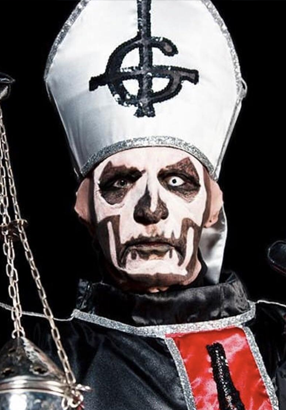 The original frontman and least known despite having the longest reign among his brothers. He made his live debut in 2010 and his era lasted until 2012 before he switched over to Papa II. However, most fans count his reign as starting around 2008 as that was when Opus Eponymous was written and recorded. His colour theme is red and white. 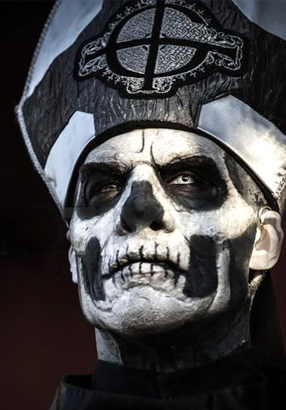 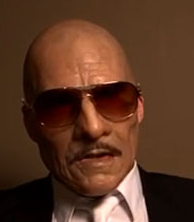 The successor of I. His colour theme is green and he's the only Papa to wield a ferula (a staff with a Grucifix on top). He reigned from 2013 to 2015. Technically he made his debut in 2012, but most fans mark his era as beginning in 2013 for simplicity's sake. He is the first Papa to also go out without donning the facepaint, doing an interview unmasked and sporting dark sunglasses; he also appears without the facepaint in the video for "Year Zero" although those scenes are filmed in black and white. 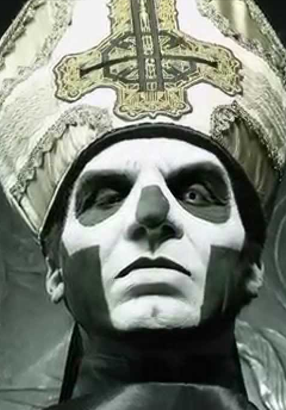 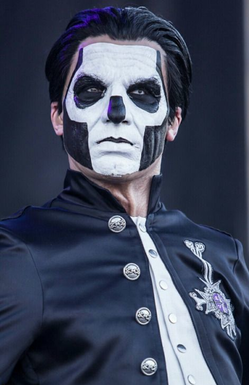 Younger brother of II by three months. Much more energized and sexual than his older brothers, he sports a purple theme. His era went from 2015 to 2017. His signature song "Cirice" won the band their first Grammy in 2016. He is considered one of the more popular Papas and his reign saw the band reach a more mainstream audience. Unfortunately, his efforts was not considered good enough for Sister Imperator and he was dragged unceremoniously off-stage during his last public performance. 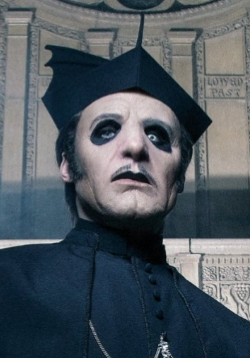 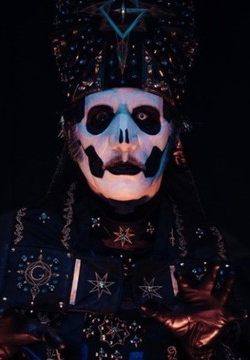 Cardinal Copia was brought on to take over from Papa III at Sister Imperator's urging. He would later become Papa Emeritus IV, taking on the role just after the on-stage "death" of Papa Nihil. He has the most costume changes among all the frontmen, donning not only a Cardinal's cassock, but tight tuxedo suits and now the papal vestments. He also had the most color variation; his cassocks were either red or black, his suits tended to be black or white, and his robes as Papa IV are prominently royal blue. The band was nominated for two Grammys during his tenure but he lost on both counts. He first debuted in 2018 and is still performing today. 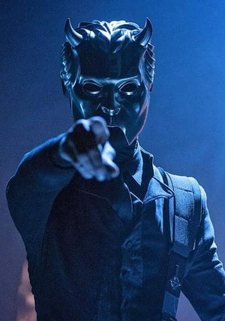 Era IV Nameless Ghoul
The Nameless Ghouls are the anonymous musicians in the band, who conceal their identities behind masks and let their playing do the talking. In the lore videos, they're also shown to do the grunt work in the Church, up to and including assassination. 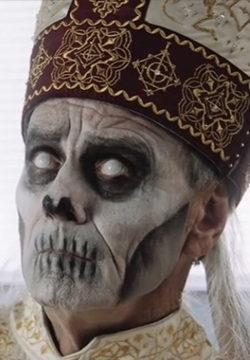 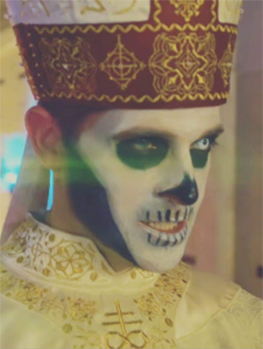 Also known as Papa Emeritus Zero, he first appeared at Papa III’s last performance, making an eerie proclamation that "the Dark Age has begun". He's later revealed to have been Ghost’s original singer in the late '60s (his album being "Seven Inches of Satanic Panic"). He also appears onstage with Cardinal Copia, performing the saxophone solo for the song "Miasma". 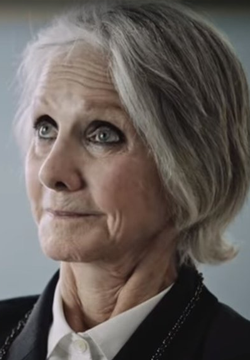 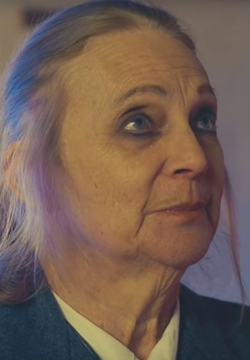 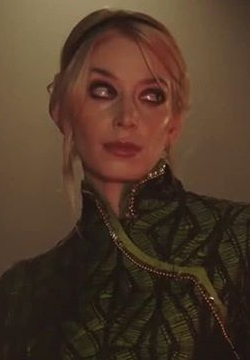 Considered the second-most authority in the Ministry aside from the Papas, and also the only named member of the clergy, appearing even before Papa Nihil. She's known for her fiery speeches in the "Summoning" videos (which introduced Papa III) and also for cheerfully informing the Papas (in the "Chapter" videos) that they were returning back to the road before having them all killed. She suffered from a car accident sometime in "Chapter 4 - The Accident" but recovered albeit with some physical changes. 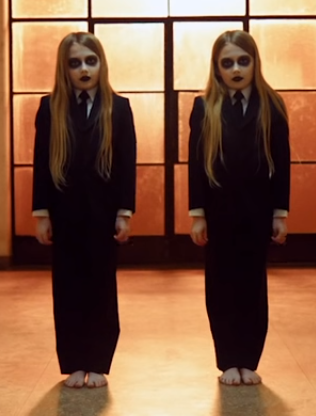 A pair of as-yet unnamed twins who are seen with Papa Nihil in two of the "Chapter" videos, one pulling the cart with his oxygen tank. They're played by Tobias Forge's twins.