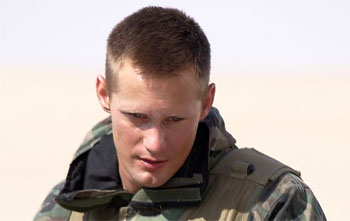 "All this religion aside, people who can't kill will always be subject to those who can."

The orderly, cerebral and unflappable squad leader of Bravo 1. Nicknamed "Iceman" for his competency and cool head, Colbert is an Afghanistan vet who's made the military his career. If the series can be said to have a central character, it’s him. 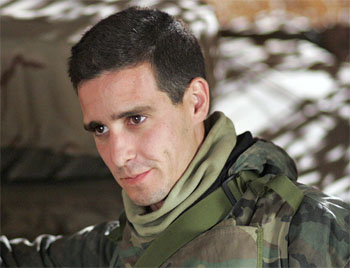 "If Saddam invested more in the pussy infrastructure of Iraq than he did in his fucking gay ass army, then this country would be no more fucked up than, say, Mexico."

Colbert's best friend in the battalion - the frenetic, outspoken, obscenity-spouting Marine driving Bravo's lead Humvee. Like Colbert, he's a veteran of the war in Afghanistan. His sole purpose for participating in the invasion seems to be to mock everything around him - a goal he accomplishes with ease and finesse. While others often poke fun at his white-trash trailer-park background and over-the-top behavior, he's still considered to be something of a genius in the unit. 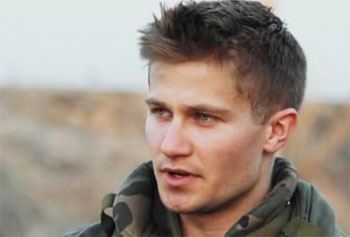 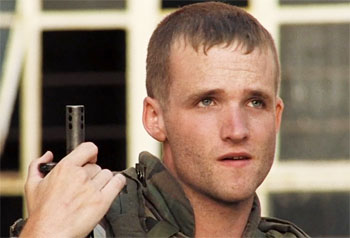 "Hey, you know what sucks? All those dead bodies we saw today, and I didn't get to shoot any of them."

The lead vehicle's machine gunner (and youngest occupant) - a baby-faced Marine with the heart of a natural-born killer. He enlisted specifically to be able to shoot people in the line of duty.

A Rolling Stone reporter embedded with the 1st Recon Battalion of the USMC. The other Marines quickly warm up to him (especially once they learn he used to write for Hustler), though he still doesn't get to be one of the guys. 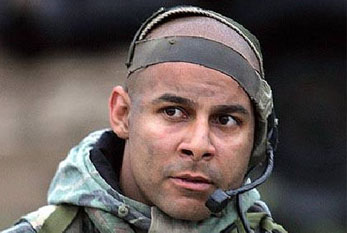 "The real story of Pocahontas is about a bunch of white boys who come to my land, bribe the corrupt Indian chief, kill off all the warriors and fuck the Indian princess silly."

Assistant squad leader to Colbert, and the leader of Team One Bravo. He's efficient, professional and, much like Person, prone to spewing rants at the drop of the hat (most of them about how the white man screws everyone else over). He's also an Afghanistan vet like Colbert and Person. 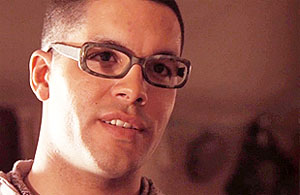 Starts the series as the gunner on Colbert’s team, but is eventually transferred to Espera’s team, where he mans the Humvee's M2 .50 cal machine gun.

The driver of Bravo Vehicle 02 who undertakes the task of filming the invasion in the hopes of selling it to some news channel later on. 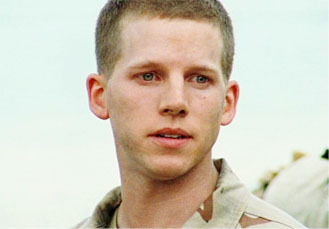 "Most people in America right now probably think of Iraq as a dangerous country. Now, if I were to stand up, I might get killed. But to us, behind this wheel, it's pretty safe. So to us, Iraq is a safe country."

The commander of Bravo's 2nd platoon. Clear-headed and logical, he often gets in trouble for questioning the inane orders of the higher command.

Platoon gunnery sergeant and the driver of Vehicle 04. 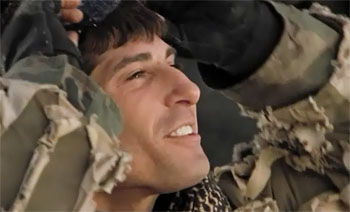 "I don't dress like no goddamn pimp queen! I wear clothes that are body conscious".

A bubbly (yet super-manly) spotter to Pappy's sniper who also serves as the driver for V03. He's fond of New Age philosophy and keeping fit, and joined the Marines "for idealism and romance".

A Marine from Tampa, FL, who identifies strongly with the black culture (especially the music and philosophies of Tupac Shakur).

The youngest (and lowest-ranking) member of Bravo's 2nd platoon, most often seen in the company of Stafford.

The Brazilian driver of V05.

Cpl. Ray Person: Goddamned Baptista! How would he like it if I joined the Brazilian marines and only spoke English!?

A navy hospitalman who serves as 2nd Platoon's medical support. He has tons of common sense, a caring heart and a remarkable ability to criticize his superiors to their faces.

Played by: Bjorn Steinbach
Other members of Bravo Company

Bravo’s CO - a former intelligence officer put in a position he is distinctly unsuited for.

The inept commander of Bravo's 3rd platoon, prone to bouts of hysteria and stupidity. Due to his higher rank, he has the right to order Fick and his men about — a right that he doesn’t hesitate to abuse.

One of 3rd platoon team leaders.

Previously a commander of the parade ground at Headquarters Marine Corps in Washington DC, now the man in charge of 1st Recon battalion. He's the highest ranking officer in the field and answers directly to General Mattis.

The battalion driver, famous for his characteristic Hitler ‘stache.