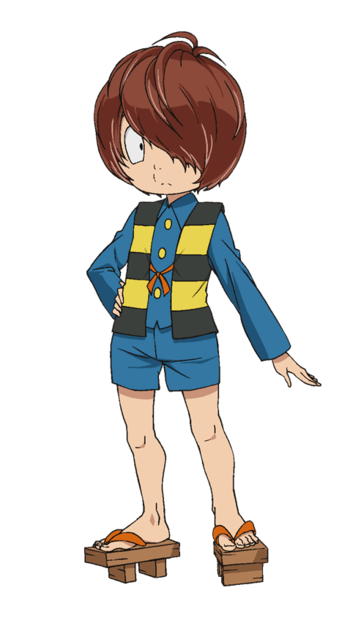 The one and only protagonist of the series. 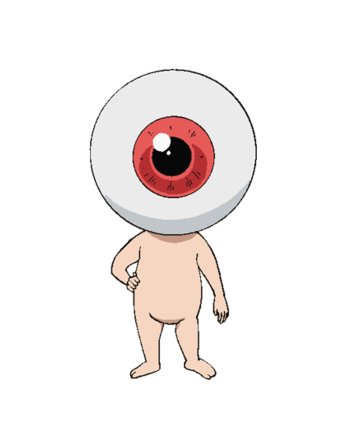 Kitaro's father. Previously a mummy-like creature in life, he was reincarnated as a youkai made from his own corpse's eyeball. He gets around by riding on Kitaro. 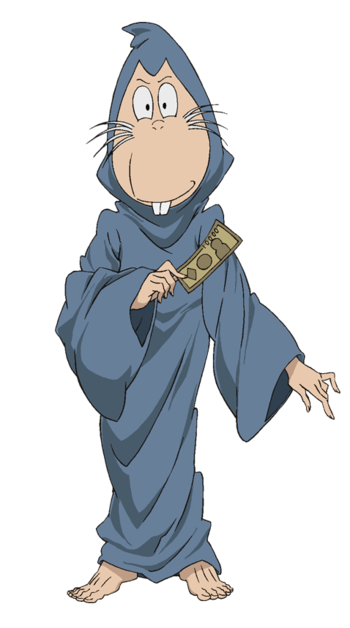 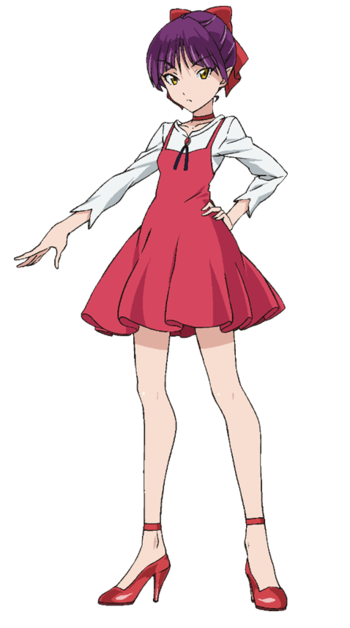 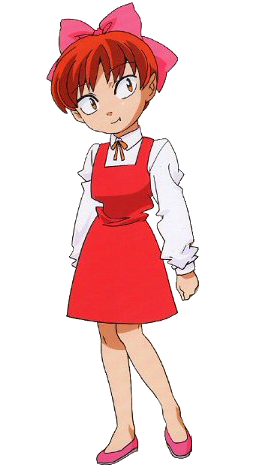 One of Kitaro's allies, a Cat Girl who can grow razor-sharp teeth and claws (and is very good at using them). 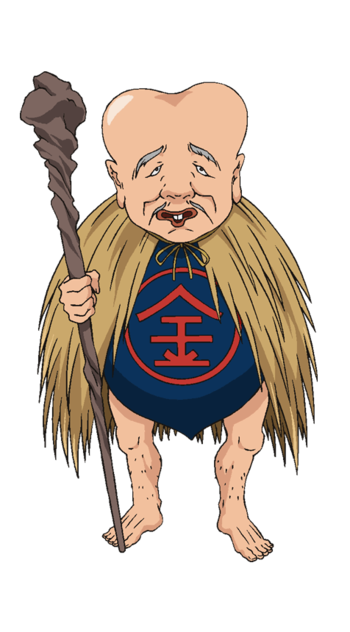 An old yokai from the ancient lore, with the power of turning himself into an heavy statue of himself. 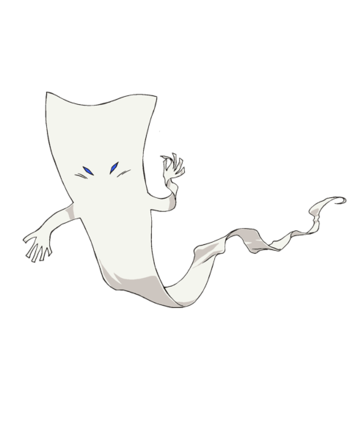 A yokai from ancient lore, a living roll of cotton cloth. 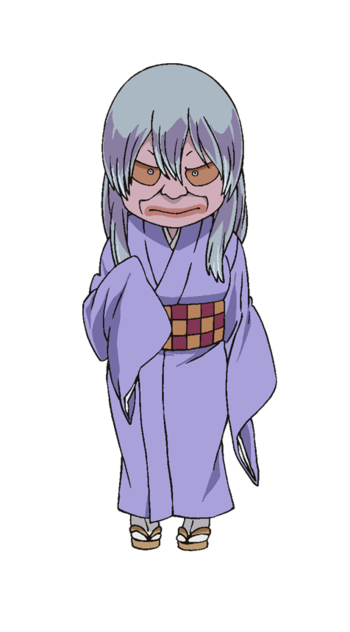 A yokai from ancient lore, a sand throwing spirit not unlike the german Sandman, bringing sleep to children. 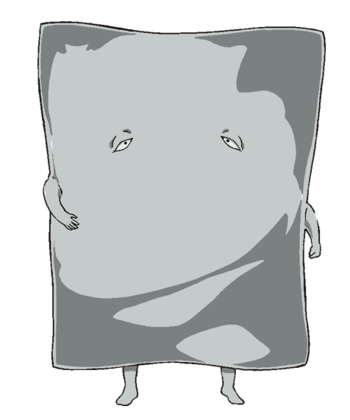 An ancient Yokai of lore, Nurikabe is a living stone wall.