Elisa's Native American father, a cop like her and Derek.

Peter's father. The two had a strained relationship when Peter ran away from home in 1960.

The very cynical Assistant District Attorney and her husband. 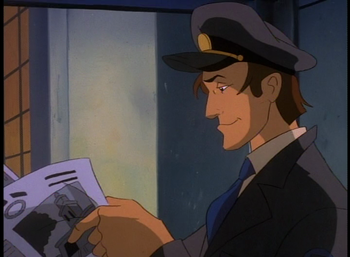 A strange man who, throughout the series, suffers various unnoticed misfortune because of the gargoyles, and eventually gets fed up. 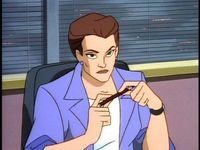 The captain in charge of Elisa's precinct.

A police officer in the NYPD and a friend of Elisa's.

Halcyon Renard's right-hand man and confidant. Smart, capable, but not all that loyal—the near-perfect employee. No blood relation to Owen Burnett.

A civilian often seen jogging around the city.

Morgan's partner on the police force.

Chung Family
A family often seen in the comics continuation, consisting of Ambassador Chung, her young son Terry, and her brother Tri who is an NYPD detective. Their significance in the overall scheme of things is unknown.

Children of Oberon In General

Also called the Third Race, because they evolved after gargoyles and humans, emerging from the magical energies of the planet. The Children all have powerful magic and functional immortality, and are ruled by Lord Oberon and Queen Titania. All fairies, gods and great spirits from folklore and mythology are Children of Oberon. Their homeland is the magical island of Avalon. Note that they aren't Oberon's literal children; they're called that because he's their pater familias. Word of God is that Oberon and Titania have one son and one daughter together, and Oberon also has some children by human women (including Merlin).

According to Word of God, the Third Race used to be known as the Children of Mab (Mab is Oberon's crazy mother who is now Sealed Evil in a Can). If the series had continued, the gargoyles would have had to help Oberon and Titania combat a freed Mab at some point. 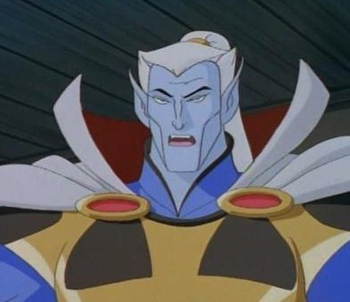 Oberon does not compromise. OBERON COMMANDS!!!

The all-powerful and rather arrogant Lord of the Third Race, likewise taken from Shakespeare's "A Midsummer's Night's Dream." 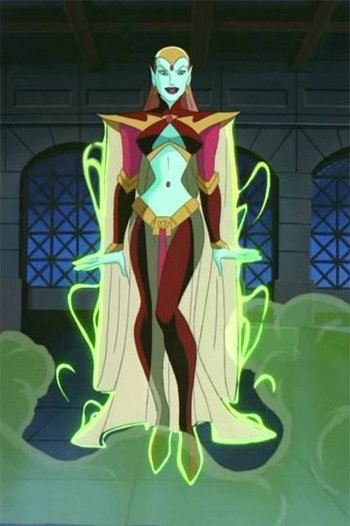 Another powerful member of the Third Race. Titania married Oberon at one point, but divorced him sometime before the tenth century. They reconcile their relationship 1000 years later. 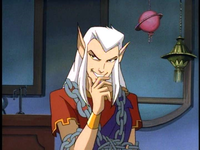 Don't worry. He will do exactly as you ask.

One of the Children of Oberon described in Shakespeare's "A Midsummer's Night's Dream," a prankster who relishes his independence, and resents being Oberon's servant.

"All things are true."
From left to right: Phoebe, Selene, and Luna

Three powerful Children of Oberon who interfere in the series from time to time, particularly where Demona and Macbeth are concerned, loosely adapted from the Three Witches of Macbeth as well as various Three Goddess myths. Their goals and motives are their own. 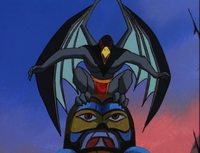 A trickster Child of Oberon (featured in American Indian mythology) who frequently assumes the form of a raven. He has his eyes set on conquering Queen Florence Island. 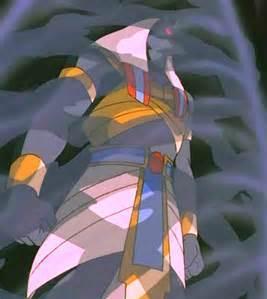 You would not wish to see the Jackal God play favorites.

The Egyptian god of death and the afterlife. 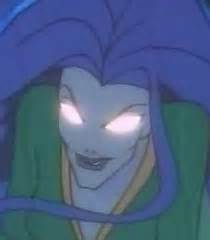 A Child of Oberon residing in Ireland who prides herself on her destructive siren voice. 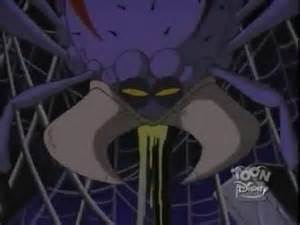 A trickster Child of Oberon residing in Nigeria in the form of a spider. 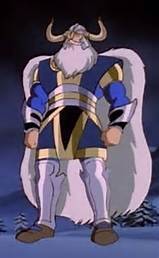 The chief of the Aesir and a powerful Child of Oberon. The Eye of Odin, a magical Amplifier Artifact that appears many times throughout the series, originally belonged to him.

The keeper of Excalibur, who now resides in a lake in Central Park.

The wife of Gillecomgain, and later Macbeth.

The small clan Demona pulls together after the shattering of Clan Wyvern.

A resident of Queen Florence Island, destined to battle Raven and become the chief.

The Loch Ness Monster and her mate.

A Czech youth whose ancestor, Rabbi Loew, once commanded the Golem.

An Egyptian emir who seeks to summon Anubis to return his dead son to life.

A rebellious Irish youth who discovers he is the reincarnation of the folk hero Cu Chullain.

An Australian Aboriginal shaman who guides Dingo on his path to redemption.

A Nigerian villager and his ex-girlfriend, a city-dwelling poacher.

A Norwegian father and son who aid the World Tourists in their encounter with Odin.

The descendants of humans and the Greek gods (who were in fact Children of Oberon), who live on a secret island full of magic and advanced technology.

A doctor on Easter Island.

A citizen of Ishimura, one of the many protectors of the local gargoyles.

Two professors of archaeology who discovered the Scrolls of Merlin. Elisa later encounters them again on Easter Island.

The Stone of Destiny

The stone from which King Arthur drew the sword Excalibur, a sentient magical stone. 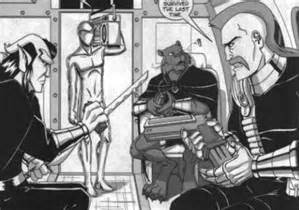 A team made out of people who previously fought the Manhattan Clan, organized by persons unknown and led by Robyn Canmore. The stars of the Comic Book Spin-Off Bad Guys. The members are the Hunter (Robyn), ex-Pack member Dingo, artificial intelligence Matrix, Japanese gargoyle Yama and the mutate Fang.

Tropes about the individual members of the squad before they came together can be found under Antagonists and Allies.