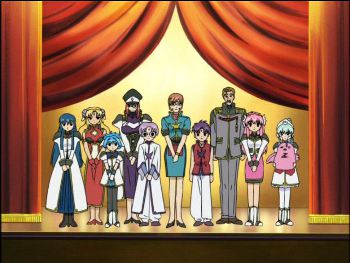 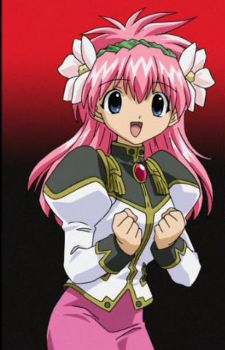 Milfeulle is the only one of the group who believes that the Galaxy Angels have some kind of duty and responsibility to the Transbaal Empire. She can be seen in most episodes baking cakes and other kinds of delicious treats, or on missions generally making a fool of herself. If ever there a character expresses hopes that a certain piece of recently acquired Lost Technology won't be used by accident due to its dire consequences, it is inevitably Milfeulle who will trigger it and cause the good times to roll, so to speak. 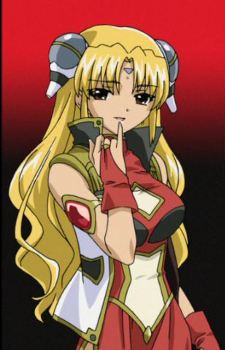 A fast-talking, loud-mouthed, fiery girl who has few desires in life beyond marrying a rich, handsome man and retiring to a quiet resort planet where she can live out the rest of her days. To these ends, Ranpha is behind many of the Angel Wing's get-rich-quick schemes and is quick to take on missions for clients who are rich, attractive, or both. She tends to be very physical and often gets into spats with Forte, but is more likely to team up with her than any of the other Angels in pursuit of a greater goal. 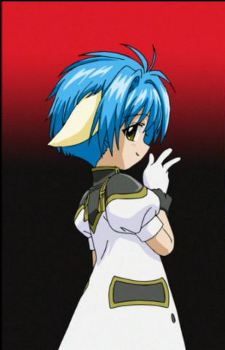 She may seem sweet but those who cross Mint will always regret it. Her serious and proper exterior conceals a sociopathic streak that is a source of much humour to the audience but not particularly healthy for the characters in the show. She also has an obsession with kigurumi, or mascot costumes. Mint is also quick to cash in on the get-rich-quick schemes perpetrated by the other Angels even though she is the heiress to the Blancmanche Corporation and would theoretically have more money than she could ever spend at her disposal. 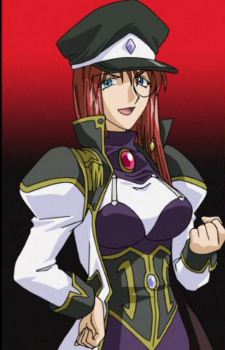 Ostensibly the senior member of the Angel Wing, Forte dislikes taking responsibility and would prefer to go drinking or fire off some of her impressive firearm collection at the range. Oh and, speaking of guns, she's almost as crazy about them as Mint is about her mascot costumes. While she is not given to elaborate scheming, rare guns are often the only incentive needed for Forte to take on a job, something the other Angels know and sometimes actively exploit. She has a very masculine personality and is sensitive about her age which leads to violent confrontations with Ranpha, but the two of them are the most likely of the Angels to team up when faced with a common enemy. Forte also has a curious father-daughter relationship with Commander Volcott, which is explored during breaks in the whirlwind of shenanigans. 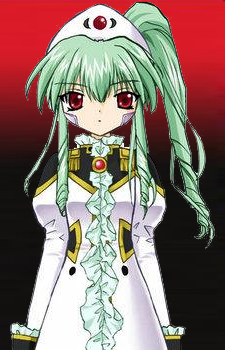 Vanilla is the youngest of the Galaxy Angels and the most quiet one. Not much is known about how she joined the Angel Wing or why, but she cooperates with or at least acquiesces to the schemes and shenanigans of her squadmates without so much as blinking, implying that she may share some of their interests or desires for good looks and worldly possessions. She can usually be seen drinking tea, holding Normad, abusing Normad in some manner, or observing one of her many, many religious rituals. She can also manipulate nanomachines for a wide variety of purposes, the most common of which is healing wounds. 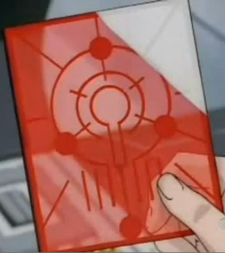 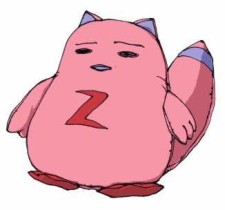 Normad is a living example of Lost Technology, a missile from some nameless war that started to develop a respect and appreciation for its own life. Knowing that when it exploded, the sum total of its knowledge and experience would be lost, it instead chose to desert and drifted in space until it was found by Vanilla in a field of junk. After blackmailing the Angel Wing into finding it a new body, Normad joins the cast and often contributes to their wacky hijinx with its knowledge of Lost Technology. It considers all of the Angel Wing girls to be crass and unrefined, with the exception of Vanilla whom it treats with something resembling reverence. 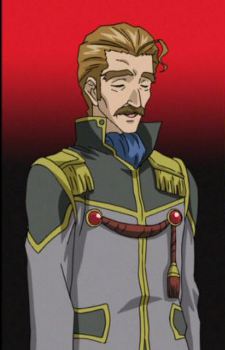 Volcott is a veteran leader held in high regard by the military and charged with leading the Angel Wing. Unfortunately for almost everyone concerned, he is well past his prime and looking mainly to preserve his pension and keep the Angels out of trouble. For their part, the Angels more or less ignore him or try to keep him out of the loop whenever they botch a mission. In the past he rescued Forte from a life of crime and the two of them eventually took on several high-profile missions together. 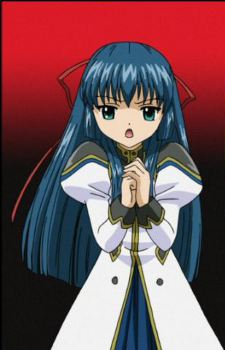 One day, a terminally ill Chitose was sitting in her hospital bed staring out the window at the rest of the Angel Wing playing hopscotch. She wanted to be friends with them so badly that when the chance comes she manipulates all of them to try and get a spot on the team. It almost works. Although she's unable to insinuate herself among the Angel Wing, she does manage to get onto their base by joining up with the Twin-Star Team, where she serves as a recurring antagonist who constantly seeks revenge on them for having snubbed her previously. Next to Mint, Chitose is arguably the most intelligent member of the cast and has used her knowledge of their respective quirks to get the upper hand at least once throughout the course of her very short run on the show. Aside from her tendency to faint when faced with highly stressful emotional situations, almost nothing about her was carried over from the games. She doesn't even get her own Emblem Frame. 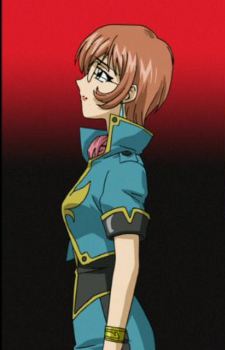 Mary was introduced in Galaxy Angel A as the commander of the Twin-Star Team, commissioned to replace the Angel Wing in their mission to hunt down and secure Lost Technology. She is almost the complete opposite of Volcott; she prefers a hands-on approach to the job and can occasionally be abusive towards her charges. It is implied that the Twin-Star Team is her pet project and, as it competes directly with the Angel Wing for funding from the military, she resorts to all sorts of underhanded tricks when it comes to the rivalry between the two. On the other hand she is not nearly as sociopathic as many of the other characters in the show and gets along with Volcott reasonably well outside the inter-taskforce rivalry, which is not very often. 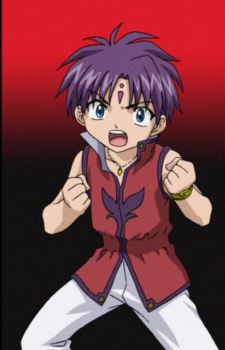 The spunkier of the Twin-Star Team. Kokomo is generally very immature, loves sweet things and hates spicy things. He handles all the weapons for the group. 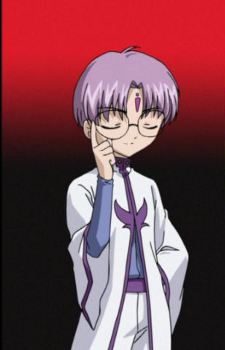 The more reserved of the Twin-Star Team. Malibu handles tactics and analysis of the enemies, and is more mature than Kokomo. He does tend to have a bit of a sadistic streak and enjoys tormenting or otherwise thwarting Kokomo's hijinx. 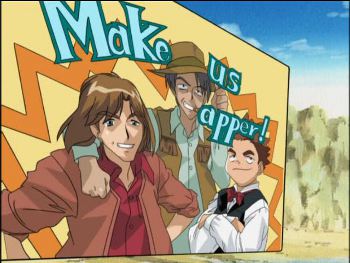 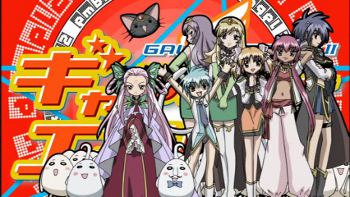 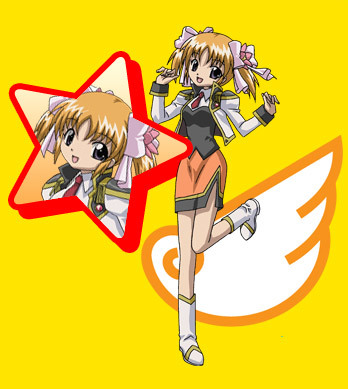 Rico fulfills much the same role that Milfeulle did in the original anime. However, she is more practical than her older sister and, in addition to cooking, she is also very handy with household chores and appears to be more grounded in reality than her older sister. Apricot idolises Milfeulle and frequently writes to her, which takes the form of the show's narration. 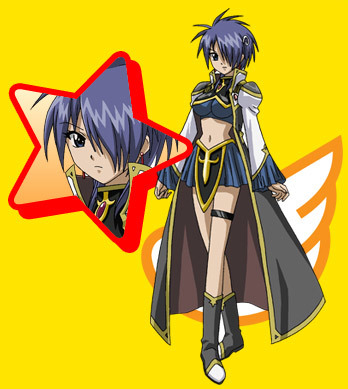 A knightly girl of regal bearing, Lily is the most serious-minded of the Rune Angels and handles all of their mission requests. Although the team is mostly informal, Lily is shown to be the de facto leader due to her reliability and cool, knightly demeanour. On the other hand she can be a real stick in the mud when she wants to be and tends to be a bit judgemental of others, especially Anise. As the responsible, military and humourless type, Lily does not appear as frequently as the other characters within the anime's slice-of-life context. 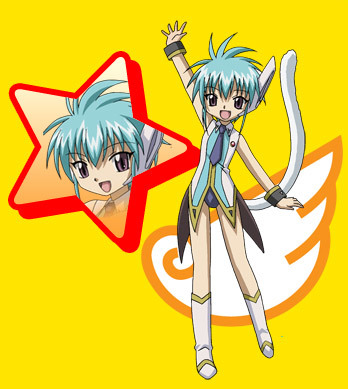 The Rune Angels' resident catgirl. That is literally all there is to say about her. Okay, Nano-Nano is actually a sentient colony of nanomachines that was discovered by Vanilla on some remote world somewhere, which she then adopted and raised on her own. Nano-Nano's clearest memory of Vanilla is how she told her to become a big nanomachine colony, which she does by absorbing all sorts of machinery. She looks up to Anise in a sisterly sort of way and has a good relationship with Natsume who is around the same age as her. She also plays around with Mimolette a lot by virtue of the fact that they are both cats or catlike. 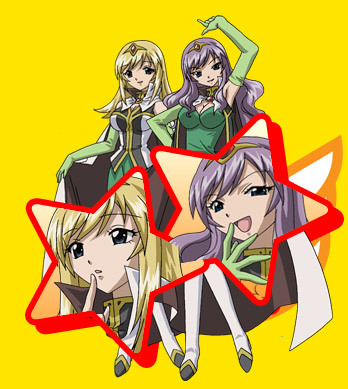 A sorceress with two opposite personalities. 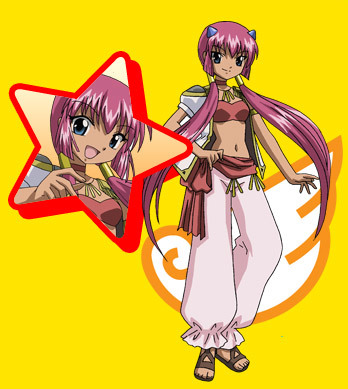 In many ways she's the polar opposite of Lily; lazy, loudmouthed, extremely spendthrift and basically amoral. In fact, she would not have been part of the Rune Angel Wing at all if she hadn't tried to hijack the Luxiole. She owes Mint a debt of astronomical proportions, one that she will never be able to pay, and it dominates her every waking moment. As such, she even more prone to get-rich-quick schemes than the Moon Angels on a good day.

The concierge of Villa Angel, the boarding house where the Rune Angel Wing lodges when not on duty. Which seems to be most of the time. Kuchen has a tendency to be theatrical and presents himself as a long-suffering nanny who has to follow after the girls and pick up the pieces of their latest catastrophe. He serves as a strong contrast to Volcott who tended to suffer in silence, but it appears he cares for the girls almost as much as his more military counterpart. Kuchen can actually be seen in several places throughout the series working odd jobs as either a man or a woman, presumably to help pay the upkeep of Villa Angel.

The girls' commanding officer. Only ever appears over a TV screen, which is sometimes zoomed in on random and not-so-random parts of her body.

The mayor of Seldor. Appears as a CGI projection in a moving chair.

Natsume is a representative of the Arms Alliance to EDEN. Just what the Arms Alliance is never comes up because her mission as a goodwill ambassador turns out to be nothing more than an excuse for her world tour to try out the finest cookies in the universe. After tasting some of Kuchen's cookies, she decides to stay and sets up her own personal castle and requisite island on the outskirts of the Rune Angels' home city. There she mostly keeps to herself and doesn't get involved with the girls' onscreen hijinx but she shares a cordial relationship with Nano-Nano, who sometimes comes to her garden to play.

Tanaka, Satou and the Suzukis