Characters who debuted in Gal*Gun:

The protagonist of the first game, Tenzou Motesugi is an ordinary boy who was accidentally shot by the apprentice angel Patako with too many Love Arrows and subsequently given only one day to find his true love or face eternal loneliness. His statistics are determined by a questionnaire from Patako at the very beginning of the game.

Voiced by: Yukari Tamura
The apprentice angel who happens to be the cause of Tenzou's sudden popularity with the female students and teachers of Sakurazaki Academy. She was tasked with shooting someone with a love arrow as part of an exam, but she screwed up and hit him with at least sixteen arrows instead of just one due to her gun somehow being set to Rapid-Fire mode.

Voiced by: Yukika Teramoto
Tenzou's childhood friend and active service shrine maiden. She doesn't have confidence in herself and is weak in respect to love. Kaname was scared of ghosts as a child, but overcame it thanks to Tenzou. Now she is obsessed with spirits and is a member of the Haunted places study group.

Voiced by: Maaya Uchida
As the eldest daughter of the Sakurazaki conglomerate, Kaoruko boasts overwhelming wealth. Has exceptionally high pride, and does not forgive defiance. As Kaoruko's hobby is painting, her paintings have a style that is highly evaluated.

Voiced by: Fumiko Uchimura
A girl who hates evil, and defends justice at the school. Even the teachers and school prefects can't stand against her tongue. While she aims to be respected as a manly older brother, actually she loves cute things.

Voiced by: Nozomi Yamamoto
Girl's band "Lovehearts" guitarist, who single-mindedly works to create pure rock 'n' roll. Her family is very poor, but she doesn't care at all.

The protagonist of Double Peace. He happened to be out of school during Tenzou's crazy day the previous year due to food poisoning. Thanks to Ekoro, though, he gets to experience the "Super Popular Legend" firsthand.
Love Interests 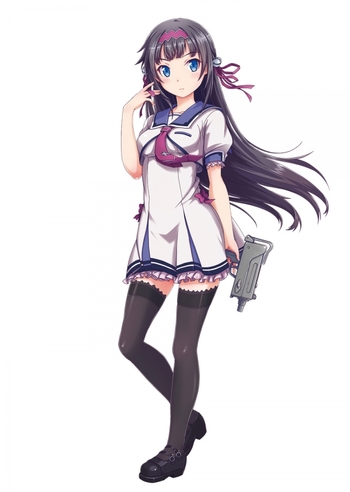 Voiced by: Uema Emi
One of the youngest in a long line of demon hunters. Shinobu, along with her sister Maya, is one of the few people who have not become infatuated with Houdai. 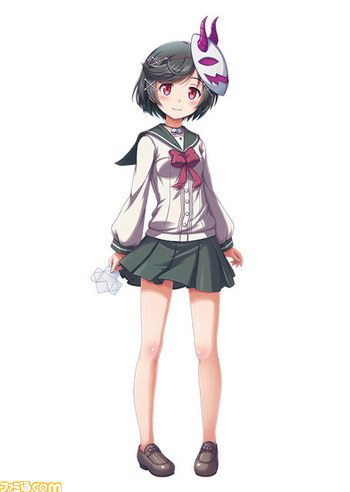 Voiced by: Hashimoto Chinami
Part of a hidden demon hunter family. Maya left home three years prior to the start of Double Peace and has just returned. For some reason, she is not affected by the love arrow.

Voiced by: Yui Horie
The apprentice angel who happens to be the cause of Houdai's day of super popularity. She was tasked with shooting someone with a love arrow as part of an exam, but as a result of rushing to get to him before Kurona, she accidentally hits him with an overcharged shot. She helps Houdai get through his one and only chance to score.

Voiced by: Fujita Aya
A Demon student on her own agenda. She adds another layer of trouble for Houdai by causing mischief around the school.
Other Girls
The various girls of Sakurazaki Academy who are infatuated with Houdai because of the overcharged love arrow.

Tropes that apply to them in general:

Characters who debuted in Gal*Gun VR/2: 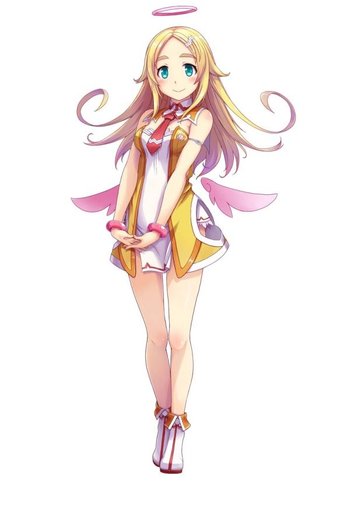 The protagonist's angel partner. She refers to him as "Master". 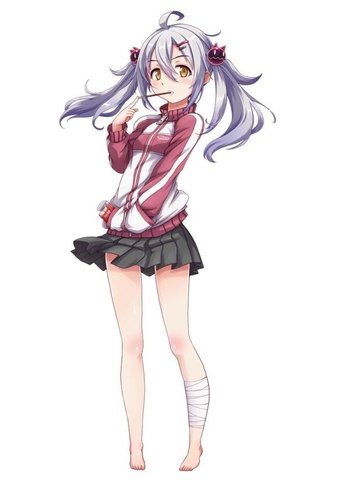 A shut-in that lives next door to the protagonist. 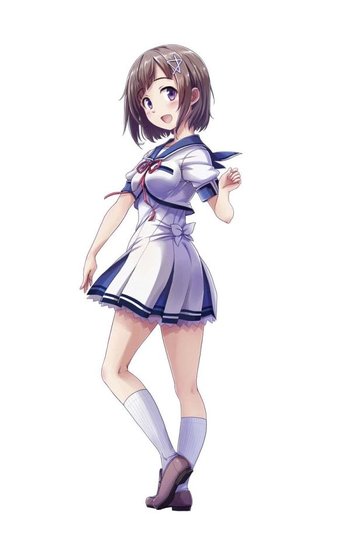 The protagonist's classmate and a friend since they were both kids. Has an odd aura.
Other Girls
Various women at the protagonist's school that are affected by Kurona's actions, some of which are available to spend time with after clearing missions they request.

Tropes that apply to them in general: