This page deals with Father, the main antagonist of the series.

Warning: Father is a Walking Spoiler, so all entries for this character are unmarked. 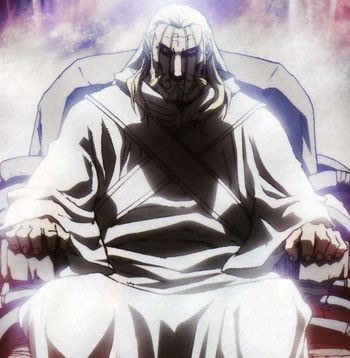 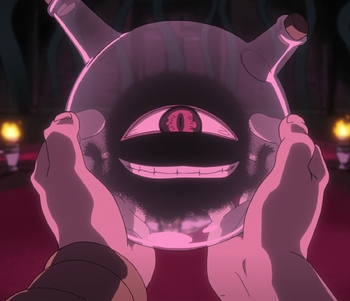 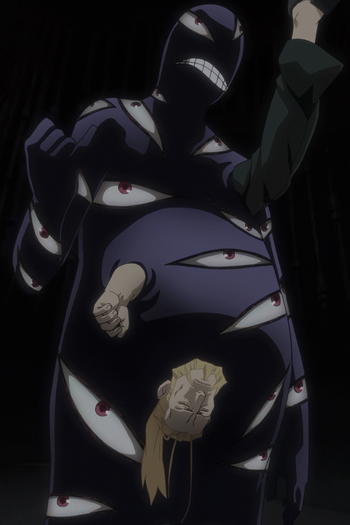 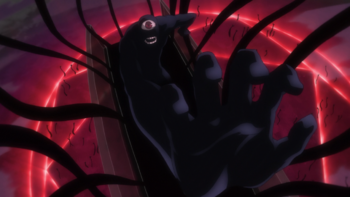 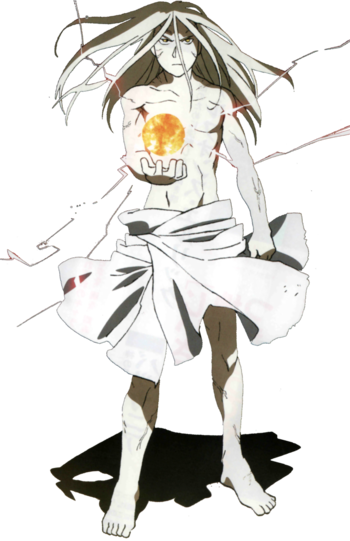 Affiliation: Amestris Military/Homunculi
Speciality: Perfect Alchemy/Immortality
"When you see an insect lying on the ground, do you stop to consider it a fool? The life of an insect is so beneath you that it would be a waste of your time to even consider judging it. That would be an accurate summation of my feelings towards you humans."
Advertisement:

The creator and leader of the Homunculi, and the mastermind behind everything wrong in the series. His true name is the Dwarf in the Flask, Homunculus — he was the first artificial human (homunculus), having a body made out of Philosopher's Stone, and all other Homunculi are pieces of him. He is almost identical to Hohenheim since he was created from Hohenheim's blood back in Xerxes. Was responsible for the destruction of Xerxes, which gave him immortality. His future plans are unknown, but they involve, between others, Ed and Al... Scheming from the shadows, he waits for the "Promised Day". His main ability is to perform alchemy by just thinking about it and without any need to move.