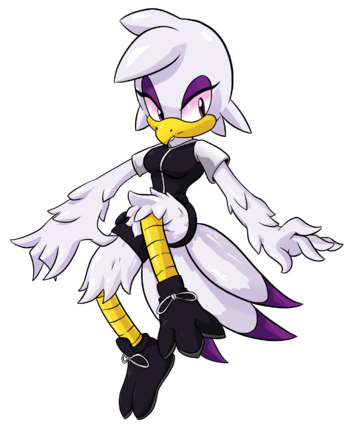 Yuki is a falcon who had been abandoned by her parents when she was still an egg and had to survive in the icy temperatures of the Shuigang Snowfields. In her early teens, she would start using her Affinity, that allows her to manipulate ice, subconsciously. After she injures a few members of the Red Scarves out of self-defense she gets frequently hunted down by them.

A rabbit with the ability to control dust. Uses his affinity to spread dust around the gang's hideout to keep up the illusion of an abandoned warehouse.

The boss of the Shoheki.

He appeared during chapter 4. And just like the Scarves before him, was killed by Yuki.