Characters / From Dusk Till Dawn The Series

A list of characters in the television series From Dusk Till Dawn. 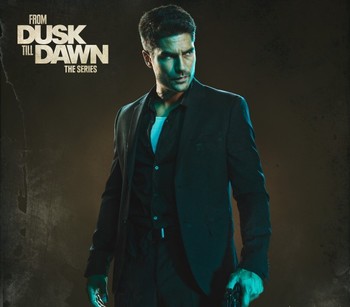 A professional thief and a modern-day outlaw. As the series starts his brother Richie has just helped him escape prison. Together they pull a bank heist that goes terribly wrong and puts them on the run. 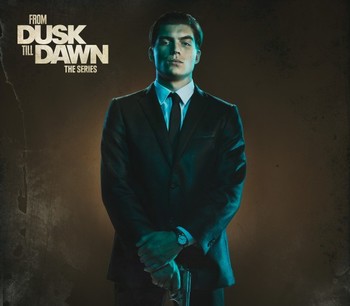 A professional thief and a modern-day outlaw. He used to be the brains of the operation and the more levelheaded of the two brothers, but while Seth was in prison something started to go wrong inside his head. 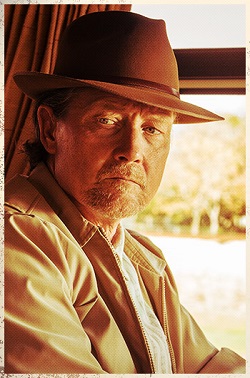 A former preacher suddenly decided to buy a Winnebago and take his children on an adventure to Mexico. He’s experiencing a crisis of faith and carries a dark secret, which doesn’t help matters when he and his kids become the Geckos’ hostages. 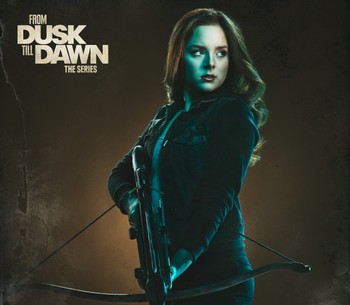 Jacob’s daughter, she doesn’t understand his father’s actions in the wake of her mother’s death in a car accident. 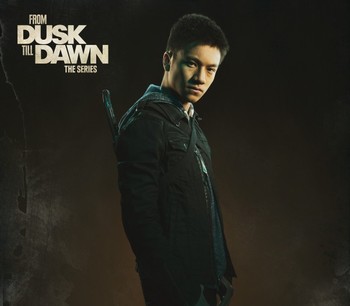 Jacob’s adopted son, he’s much more accepting of the unusual stuff his father does after his mother’s death. 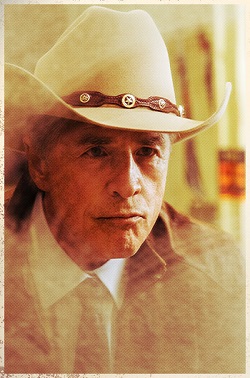 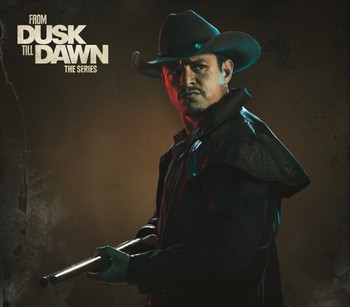 Earl McGraw’s partner. A young Texas Ranger who has recently become a father, he’s on the trail of the Geckos and will stop at nothing to bring them down.

A Texas Ranger who worked alongside Earl McGraw back in the day. 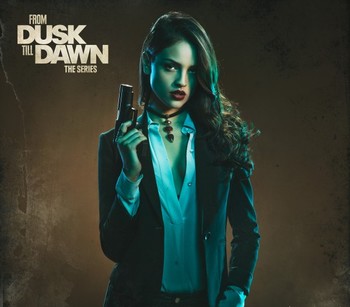 The mistress of evil, its most loyal guardian, and one of the central figures in an ancient cult of bloodsucking vampires known in our realm as culebras. 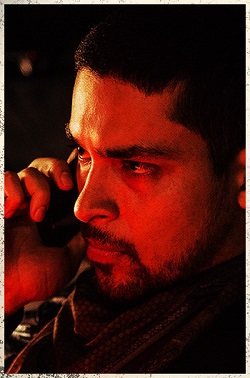 A Mexican criminal overlord and brutal enforcer for The Cartel. He’s the Geckos’ contact South of the Border and the one who tells Seth about a mysterious paradise – a place in Mexico called "El Rey" – where he and Richie can find sanctuary and peace.

A Mexican criminal overlord and a culebra. He serves as one of the lieutenants for the Nine Lords of the Night. 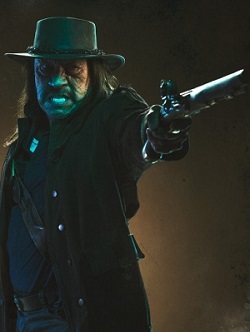 A fearsome culebra warrior who works as an enforcer for the Nine Lords.

A culebra who becomes Carlos’s new lover and lieutenant.

A legendary slayer of Xibalban demons.

The Nine Lords of the Night

Tropes to the Lords as a group
The Nine Lords of the Night are the leaders of the Blood Cult and The Cartel. They are at the top of the culebra hierarchy.
Lord Malvado

The Leader of the Nine Lords, he is a ruthless monster obsessed with Santanico.

One of the Nine Lords, who masquerades as a fantasy writer.

One of the most powerful among the remaining Nine Lords, Venganza drafts the Gecko brothers into fighting the onslaught of Xibalban demons. 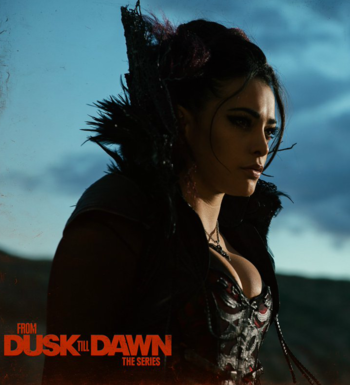 The powerful queen of Xibalba, the Mayan underworld, who takes over Kate's body after her death at the blood well. She is determined to open a gateway to hell and destroy all the world.

Amaru’s right hand man and the leader of a group of Xibalban demons who escaped from the Labyrinth after Carlos destroyed it.

Calavera, the Skull Keeper was a Xibalban demon who had power over people's minds once he had their skulls.

Belonging to a race of unstoppable Xibalban warriors that were revered as gods, this demon was sent to assassinate Santanico Pandemonium.

A Xibalban master torturer, he is responsible for hunting down and capturing lesser culebras with the purpose of torturing and breaking them for his Queen.

Zolo is a Jaguar Warrior, one of Brasa's bodyguards who guarded the Sun God while he traveled the underworld clearing the path so he could rise again. Alongside his companions, they were summoned to hunt down Scott Fuller for Amaru.

A strange sea creature that hosts a cloud of demonic bugs and use it to destroy crops and turn people into cannibals by contaminating its water source. 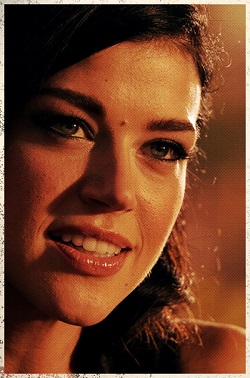 Seth's wife and the brothers' accomplice in the bank robbery.

The man who raised the Gecko brothers after their father died.

Ranger Gonzalez’s wife and the mother of her child. 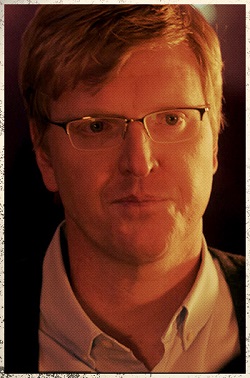 An archeology professor at Alamo State who advises Ranger Gonzalez about a series of gruesome murders and their connection to Mesoamerican mythology.

A former soldier who hides out in the Culebras' temple.

An expat living in Mexico, where she works as a tattoo artist and document forger.