Characters / Fringe B Side

Main Characters: B Side / Red Universe 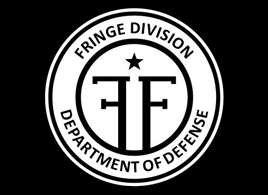 The Fringe Division located in the parallel universe. Much like in the prime universe, it is a special-case police force lead by Colonel Philip Broyles that deals with science-related crimes as well as tears and vortexes in space and time. However, unlike the prime Fringe Division, this one is exclusively its own department, and does not consist of members from Homeland Security and the FBI (which doesn't exist in the alternate universe). This Fringe Division reports directly to the United States Department of Defense, and Secretary Walter Bishop. Also, as a consequence of being DOD, and because of its importance, B side Fringe Division seems to have morphed into its own branch of the US Armed Forces, with its own dress uniforms and insignia.Tropes associated with the Alternate Fringe Division: 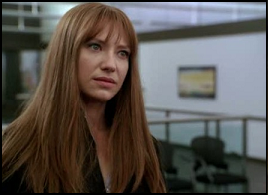 "You know, I don't know what you are but you are nothin' like me."

"You know, being you and living your life, only made me more homesick for my universe. It must be hard to develop trust in people when all you've got is yourself. It must be terribly lonely."

An Alternate Fringe Division agent working directly for the Secretary of Defense, she is tasked with infiltrating our universe's Fringe Division and posing as Olivia Dunham, while simultaneously coaxing Peter into completing the Wave Sink Device. 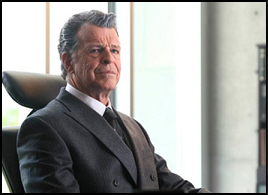 "I am become death, the destroyer of worlds."

"Nature doesn't recognize good and evil, Philip. Nature only recognizes balance and imbalance. I intend to restore balance to our world. Whatever it takes."

The Big Bad for the second and third seasons. A former US Government scientist, and current Secretary of Defense, the alternate universe's Walter Bishop is a stark contrast with ours: Calm, calculating, and manipulative, he freely uses the Fringe Division to attain his goals. 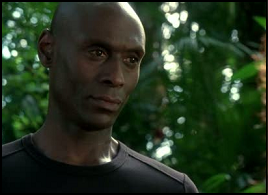 "My world is dying because of what your side is doing to us."

"Two weeks into the job, we had that vortex in the East River. A hundred and sixty-five people swallowed up. Half of 'em kids. And it's gotten even worse since then. Now we may actually have a chance to start to put our world back together. Fix it. Only thing is, to do that, we're gonna have to go to war. A lot of lives will be lost. An unimaginable number. And I don't know if I can live with that. There may be another option, but it could put everything at risk. Either way, who am I to play God With other people's lives? Who am I to make that choice?"

The direct head of Fringe Division as Colonel, working for the Secretary of Defense. Broyles is...he's actually not terribly different to his counterpart. 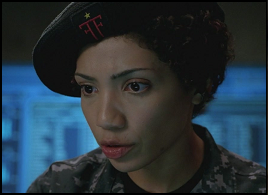 "Thirty-seven people in the intersection, twenty-two cars, four trucks, two buses, wind speeds of five to ten miles an hour, and that is just to start. In total, we are talking about a hundred and twenty variables in a dynamic system of differential equations. I can't solve that kind of a problem, much less manipulate the outcome to my advantage."

A young Fringe Division agent, she mainly works as mission support for the team. Unlike her smart and friendly counterpart from our universe, this Agent Farnsworth is calculating to the point of seemingly lacking any and all emotions; in fact, she doesn't lack emotions, but has trouble expressing them. She appears to lack certain other social skills as well. 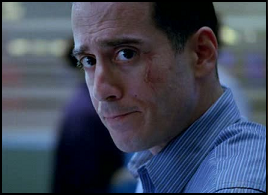 "These people are freaks! Man, what's going on in this city? I'm gonna get a sandwich."

"Livvy, this job isn't what it was ten years ago. You’ve got alternate universes. I mean, it just — just wasn't part of my training, you know? I mean, how are we supposed to fight these people? Truth is, Livvy, this makes me feel obsolete, you know?"

Fringe Division agent, and longtime friend of Olivia's and Lincoln's, he usually accompanies them on missions. 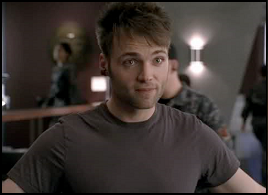 "You kidding me? I have my own, like... Cone of Silence when it comes to secrets. What is it?"

A key agent of the alternate Fringe Division, he reports directly to Colonel Broyles. Is a longtime friend of both (B)Olivia Dunham and Charlie Francis. 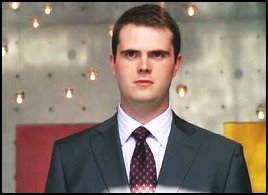 "Should we kill her?"

"Alive or dead? How do you want to send back their Olivia? Alive or dead? Because I feel there are very valuable parts for study and I would just have to replace her mass."

The chief science officer of the alternate Department of Defense, he answers directly to Secretary Bishop and is responsible for the brainwashing of the prime universe Olivia.