Because the characters of My Little Pony: Friendship Is Magic are ever so slightly different in this series, here's a new character sheet listing them all.

Compare and contrast the original show's page for these characters. 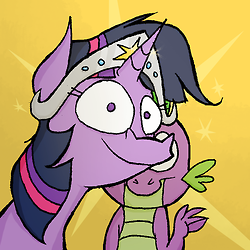 "Everyone is trapped with me!"

The rather... self-centered student and protege of Celestia. An obsessive fanfic writer, she has very lofty ambitions when it comes to becoming a princess, and an equally lofty opinion of herself. Oh, and is in love with her not-blood-related older brother Francis. Like the rest of the Mane Six, she abuses Spike on a daily basis. As of "Lunar Slander", she now has Luna/Molestia's title as princess of the night, and as of "Foaly Matripony", she is now married to Francis.

"She said I was forbidden to dream!"

Twilight's assistant and the resident Butt-Monkey of the cast. Literally everypony hates him, from thinking of mean things to say about/do to him to giving him difficult tasks such as holding a lightning rod on top of Twilight's library during a thunderstorm. 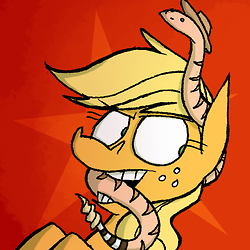 "Easier than line-dancin' with a rattlesnake."

An unrepentant war criminal, who maintains that she did things she wouldn't otherwise do to protect her family. 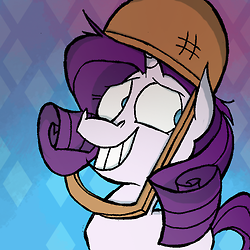 "This isn't about you. This is about my giant hats."

A Shell-Shocked Veteran from the war, who is a member of an Apocalypse Cult led by Fluttershy. 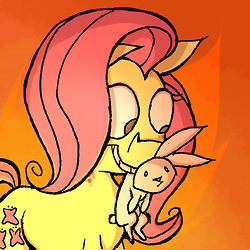 The leader of a cult that worships Lord Smooze, a monster from the 1986 G1 movie. She does various things such as killing dragons, clubbing Spike with her spiked club, throwing rabbits into bonfires, etc., but no one seems to notice or care. 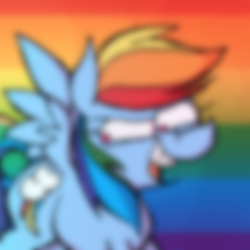 "I have incredible peripherals!"

A self-absorbed ditz who often speaks by using her own name alone and has terrible eyesight (to the point that she wasn't allowed to join the army during the war because of it). And if Scootaloo's word is anything to go by, Rainbow Dash is Scootaloo's mother as well. 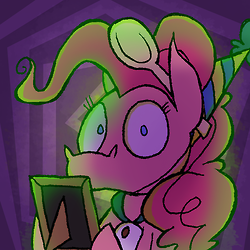 An orphan gypsy whose parents died long ago, leaving her to be raised in a loveless orphanage. She's also believed by everypony to be an evil witch, and is somehow the closest thing to an Only Sane Mare in the entire cast. 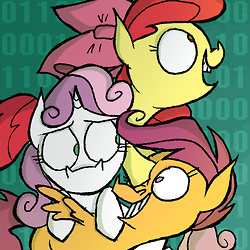 Rarity's little sister, who's actually a robot. However, she's unaware of it.

Applejack's little sister, whose goal is to get a cutie mark that's not apple-related.
Other Characters

The primary tormentor of Apple Bloom (though she actually has a crush on her). However, she tries to cover up her feelings with incessant mocking.

The other tormentor of Apple Bloom. She has an unrequited crush on Diamond Tiara.

Apple Bloom's cousin, who comes to visit and joins Diamond Tiara and Silver Spoon in tormenting the Snooty Snark Evaders. In the end of "Seed No Evil", she goes blind after they wish upon Twinkle and invoke powerful dark magic. 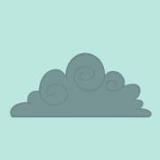 An actual Raincloud, and the leader of the Ponyville Rescue Squad. Dies saving Applejack, Fluttershy, Rainbow Dash, and Twilight from a bomb. explanation Based on the rain cloud that Derpy was jumping on in "The Last Roundup"; this is played on in "Cherry Bomb" by recreating the Derpy scenes from "The Last Roundup" sans Derpy (Rainbow effectively talking to herself.)

Ruler of Equestria and Twilight's mentor. She doesn't seem exactly fond of her student, but Twilight either is oblivious to it or ignores it.

Celestia's sister, the dorky princess of the night who assumed the name of "Luna" at Space Camp. As of "Lunar Slander", she has given her title as Princess to Twilight Sparkle.

Twilight's (adoptive) older brother. He's part of a boy band and speaks like a Surfer Dude. Known as Shining Armor in the source material. As of "Foaly Matripony", he is now married to Twilight Sparkle.

Francis Sparkle's fiancée. She's a world peace advocate, charity worker, wildlife conservationist, organ donor, children's book author, and the freely elected ruler of her own country. She doesn't marry Francis. Twilight instead imprisoned her in a cave, where she died.

The self-labelled Lord of Chaos, he's an evil magician who prides himself on acting in contradiction to the way their world works.

Fluttershy's abusive father, who happens to be a dragon. (Dragonness is recessive.)